RiderzLaw Racing has full line up at MotoAmerica in Utah

dMotoAmerica has finally made it to the West Coast. The MotoAmerica series saw round five at Utah Motorsports Campus, in Grantsville, Utah. The first of the three Rounds happening in the west coast. RiderzLaw Racing is supporting a hand full of Racers. This weekend was one of a few, Two Day events MotoAmerica started implementing this year. Meaning, instead of practicing Friday and Racing Saturday and Sunday. The Racers get a limited time in the morning and the go race in the afternoon. 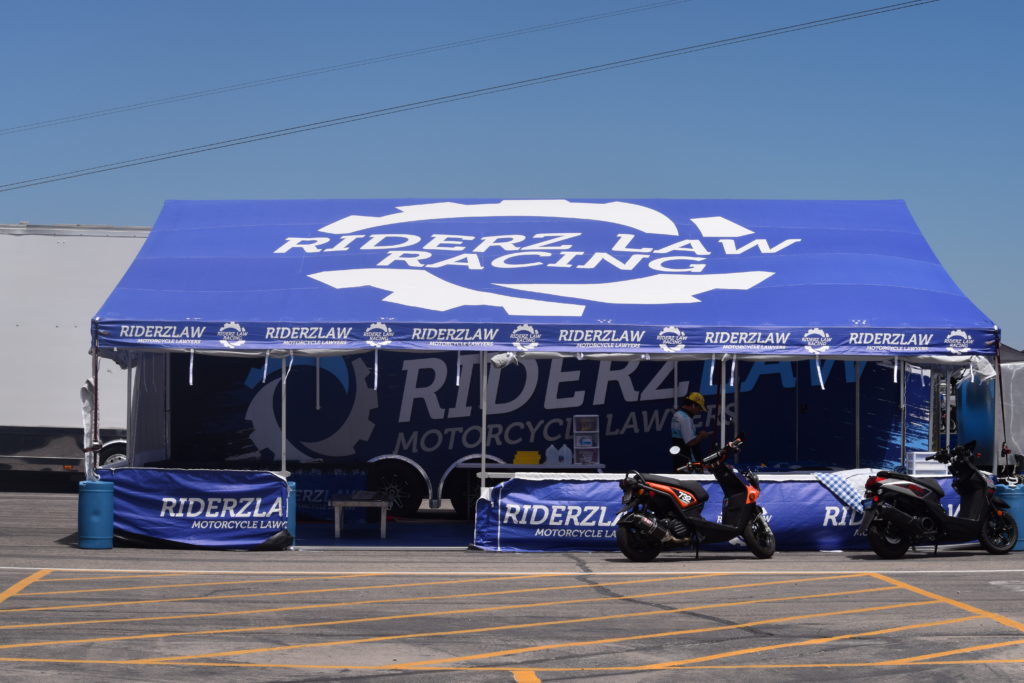 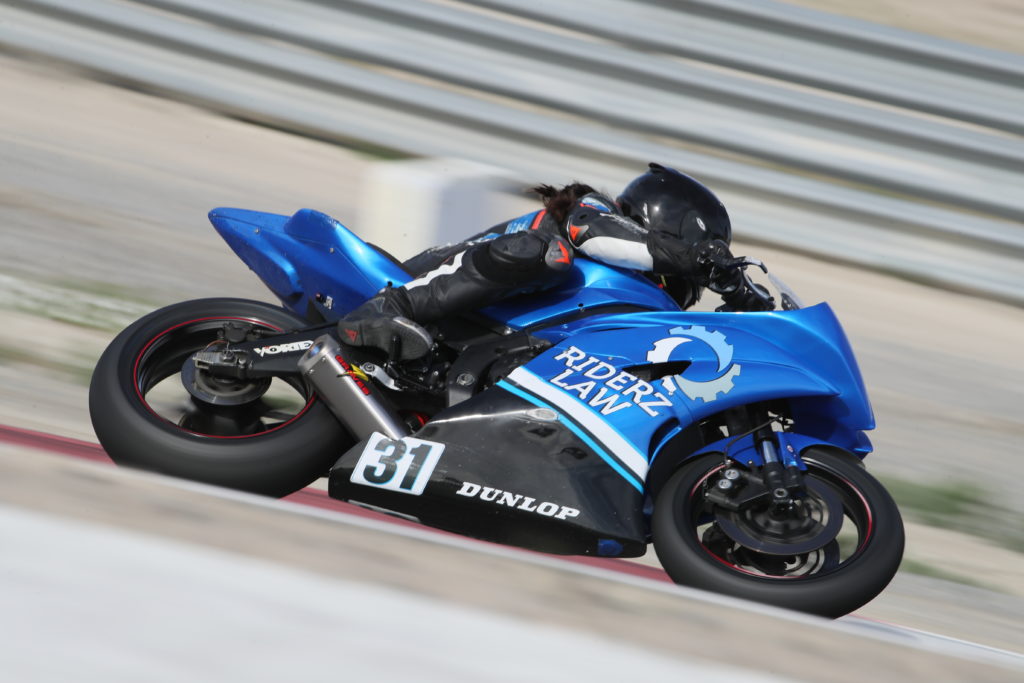 In the SuperSport class RiderzLaw is supporting Jason Aguilar #96 and Robert Pierce #31. Jason is their Premier season long entrant, coming to the west coast he was facing a lot of adversity with his health. Even with health issues, Aguilar finished 11th in Race 1 and 8th in Race 2. Jason is Currently sitting 9th in the championship standings, a small gap of three points behind McFadden. Robert Pierce is RiderzLaw’s Super Sport Wild Card Racer. The Number 31 had some cobwebs to shake off. In Race 1 he finished 19th and Race 2 he finished 18th. Race 2 Pierce was able to find his rhythm and tied together a remarkable string of consistent fast laps, faster than his qualifying time.

The Liquid Molly Jr. Cup races are always exciting races to watch. RiderzLaw’s season long entrant, Jackson Blackmon racing his RiderzLaw Racing R3, had some fun Battling with the pack. In Race 1 he Finished 17th and in Race two he placed 15th, although not the position he would like he still has high hopes and is looking forward to Laguna Seca, Round six of MotoAmerica. New to the Field is Feel Like a Pro, F.L.A.P. for short. RiderzLaw has been supporting FLAP for a couple years now and they are now coming into the national racing scene. Their rider, Marc Edwards, is an extremely talented kid. Edwards finished 6th in Race 1 and 4th in Race 2. 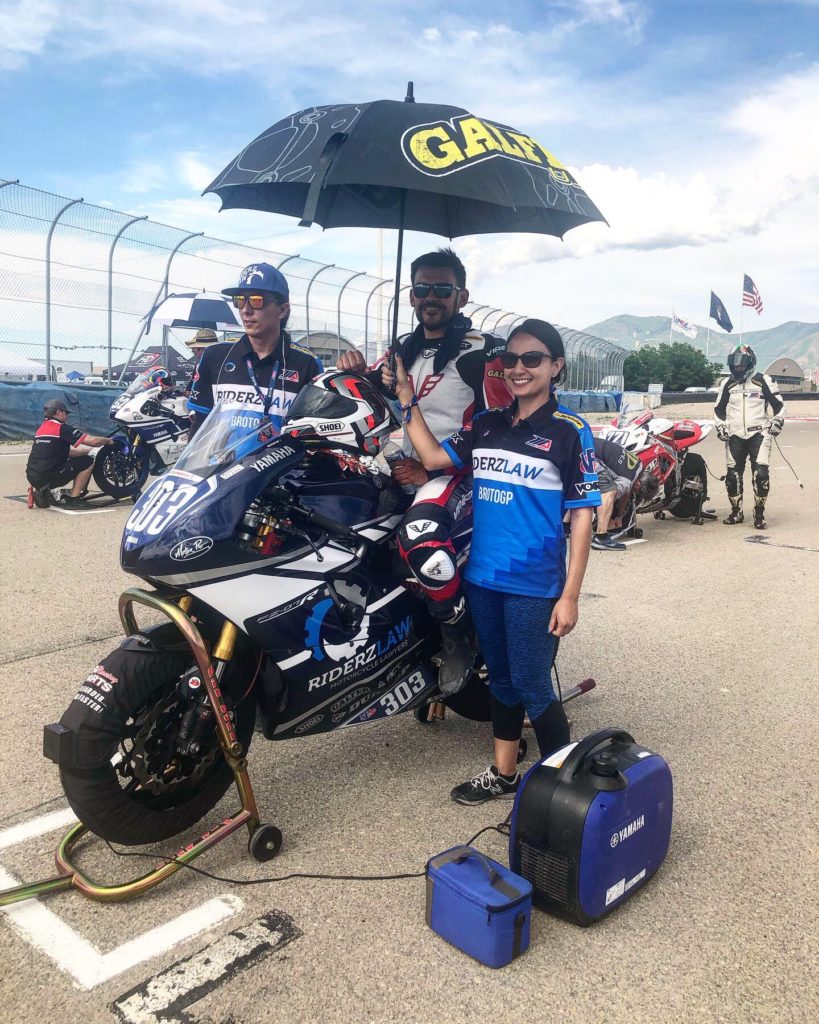 Twins cup racing has been some of the most exciting racing at MotoAmerica this year. Currently RiderzLaw Racing is sponsoring 4 Racers in the twin cup, which has featured up to 40 people on the grid. Kris Turner, one of our full season racers, showed incredible pace all weekend. During the race, Kris had an unfortunate crash which resulted in a DNF.

Jason Madama, a favorite in the championship, jumped the start of the race, and unfortunately his eagerness didn’t go unnoticed, costing him a time penalty. Madama still finished 9th and is currently 8th in the championship standings. The RiderzLaw Wild Card Riders in the upcoming West Coast rounds consist of Danielle Diaz, Andrew Yzabal, and David Catalina. Danielle is not new to this class but has a new bike with a long road of development ahead of her. she finished her exciting race 13th. Andrew was able to shake the cobwebs off and finished the race in 19th.

RiderzLaw has a dedicated team of lawyers who are experts in helping victims of serious motorcycle accidents. For more information on how to contact RiderzLaw, please visit www.riderzlaw.com or call 1-888-5-RIDERZ. Follow RiderzLaw on Instagram, @riderzlawracing.