Kris Turner got his first MotoAmerica podium last year at Pittsburgh and was going into the round this year feeling confident at getting another one. Things started out good in first qualifying. Kris dropped over three seconds from his fastest time there last year and was sitting in 4th place. He then dropped another second in final qualifying, now four seconds faster than the winning pace from last year, and landed a spot on the front row, finishing the session 3rd fastest after holding pole most of the session. 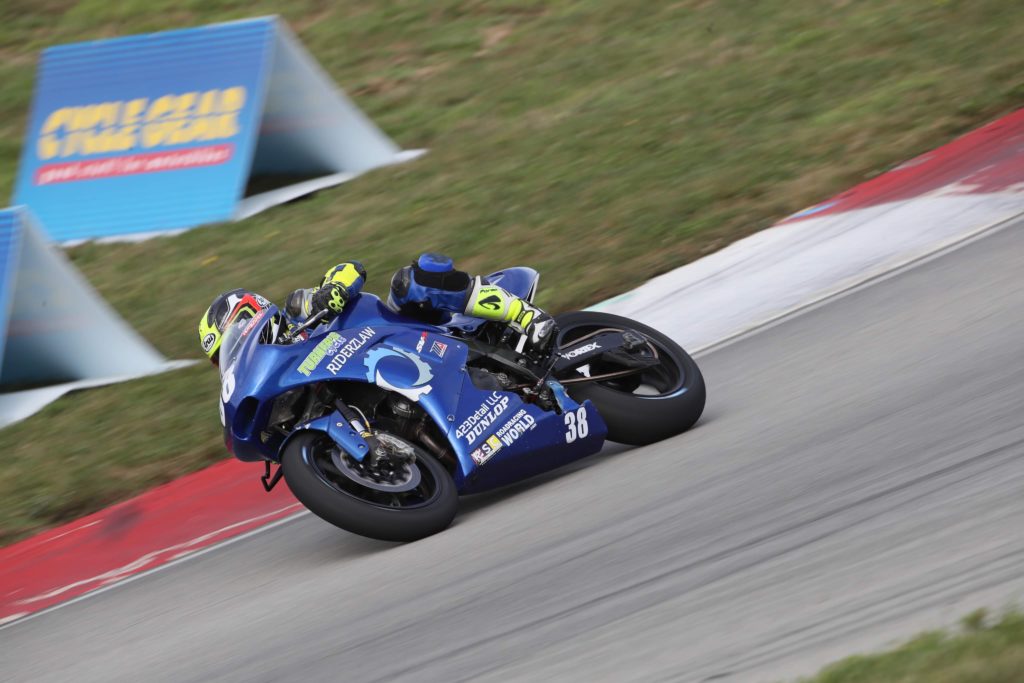 Kris Turner on qualifying – “I definitely feel really good about my pace. The competition is so strong this year and the pace is so much higher than it was last year. Our trap speed is almost the same and we’ve dropped four seconds! That’s an attestment to the level of riding the Twins Cup has produced this year. It makes me feel really good about the races this weekend.”

Race one got under way with Turner falling in line in the 3rd spot. Trying to put his head down, Kris got caught up in a battle for the podium but the race didn’t end well. After colliding with another racer, Turner hit the ground hard, prematurely ending race one.

Turner on race one – “This is definitely not how I wanted this race to end. I had a good pace and felt like I could go with the leaders. I dropped another half second from qualifying. I’m a little down on power and ended up in a big battle for the podium. I had my plan set and feel like I could have executed a podium finish. Some lines crossed and different mid corner speeds from other riders and next thing I know the bike wasn’t under me anymore. It’s a bummer but we will keep our head up and make something happen in race 2.”

Race two went better for Turner. After getting a decent start, he settled in with the leaders and broke the second group before making a small mistake and losing touch with first and second. He stayed with the second group and battled for a podium spot all the way up til the last lap, finishing in 5th.

Turner on the weekend – “I didn’t finish how I wanted to and that’s a bummer. We make progress at every race with set up and with my riding and I feel like I’m riding as good as anyone. I had the pace to contend for a win in race two but had a problem getting the bike to shift and lost touch. I can’t say I’m thrilled with a 5th place finish, knowing I could have done better but I’m happy to have finished. We’re not giving up yet.”