Four people were killed Sunday when two motorcyclists with one passenger each collided in Orange County. The crash happened around 4:30 p.m. in Silverado Canyon, about 40 miles southeast of Los Angeles. No other vehicles appeared to be involved. There were two males and two females that were pronounced dead at the scene. The crash occurred when a motorcyclist heading north tried to pass a car at a bend in the road.  That motorcyclist crossed the double yellow line and hit the other Motorcyclist head-on. The driver of the car the bike tried to pass stayed at the scene to tell the CHP what happened.

The Orange County Motorcycle Accident Lawyers at RiderzLaw want to extend our deepest condolences to the friends and families of all the riders involved in this accident. We urge all of our Riders to please ride safe. Practicing patience when stuck behind a slower moving vehicle can be frustrating but please wait for a turnout, and never cross the double yellow line as its not only illegal but as you can see also dangerous. 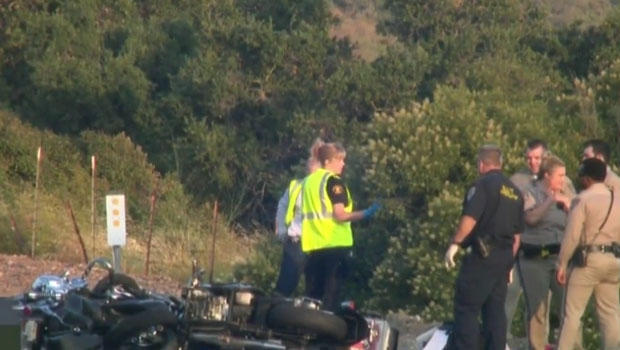