We’ve been having a heat wave in Socal lately, along with muggy weather and thunderstorms. It’s a lot like Alabama, only not quite as hot.

I took the snake to the ranger hut at the entrance and handed it over, explaining that I’d only removed it because it was about to be killed by a wanna-be, ignorant, hero. The ranger called someone to bring him a pillowcase, and assured me it would be released away from the public. It was a gorgeous snake, and I’m glad I could rescue it.

Somewhere along the Sunrise Highway, near Cuyamaca Lake, I spotted a large Pacific Diamondback stretched across the lane. I pulled over, found a stick, and poked it to get it off the road. It turned and chased me back onto my bike before crawling back into the underbrush. I wish I’d had a camera to record the moment when I remembered that rattlesnakes can climb!

So, I was the Snake Champion that day, saving snakes from the human infestation. As I was riding up the hill towards home, near Tecolote Canyon, I saw yet another snake in the road and thought, “I would have loved this day when I was nine!” I pulled over, but it was sadly dead, probably run over, but it didn’t seem damaged. Turns out, it was a snake I’ve never seen in our canyon, a Striped Racer. It hadn’t been dead very long, so I took it home and skinned it. When I’m done tanning it, I think it’ll make a dandy hatband!

A couple of days after this snakefest, a neighbor came to the door with a snake report. There was a king snake in the gutter, baking in the hot sun. I brought him in and cooled him down with a nice bath. He recovered a bit, but he did not make it. He will also make a dandy hat band! I gotta get more hats! 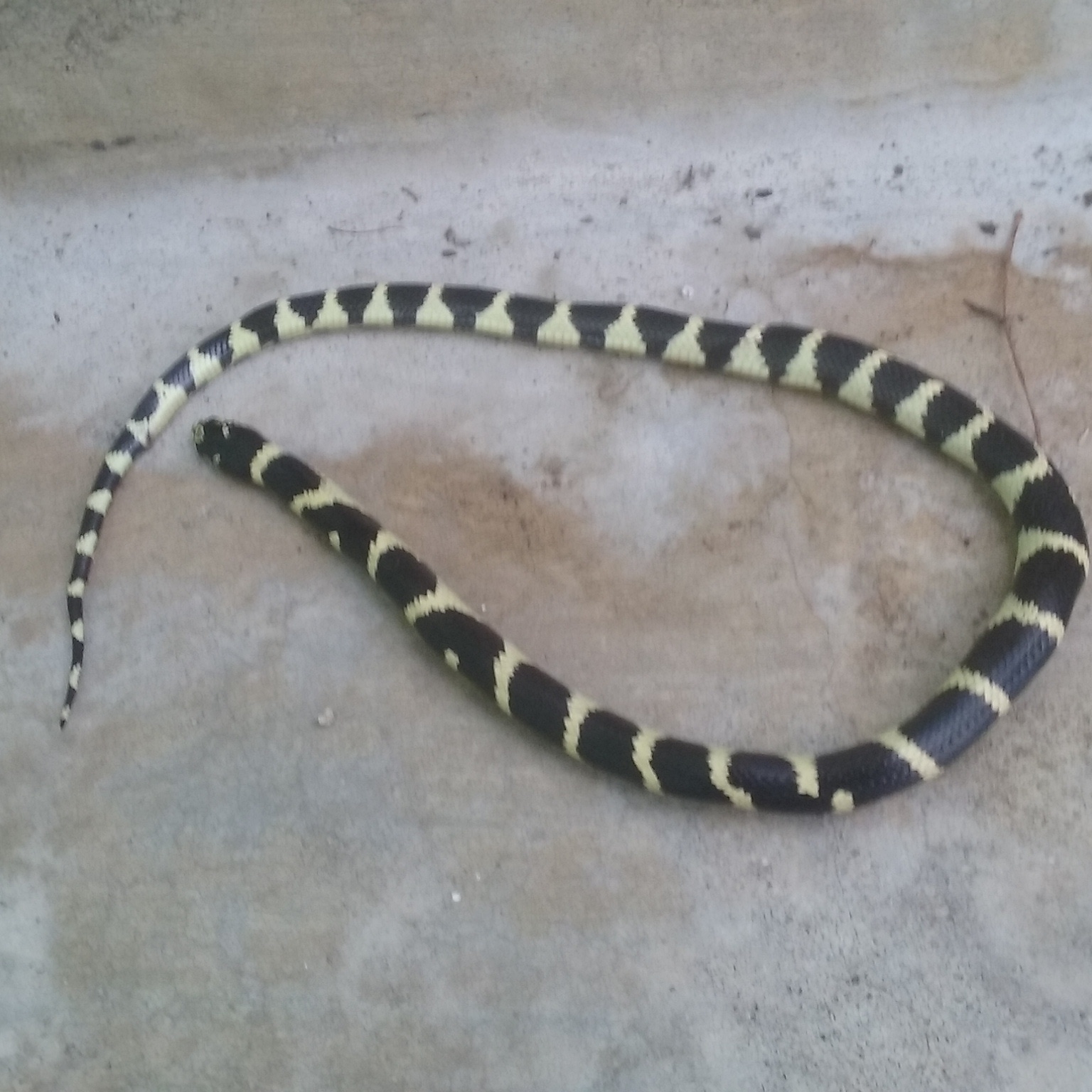