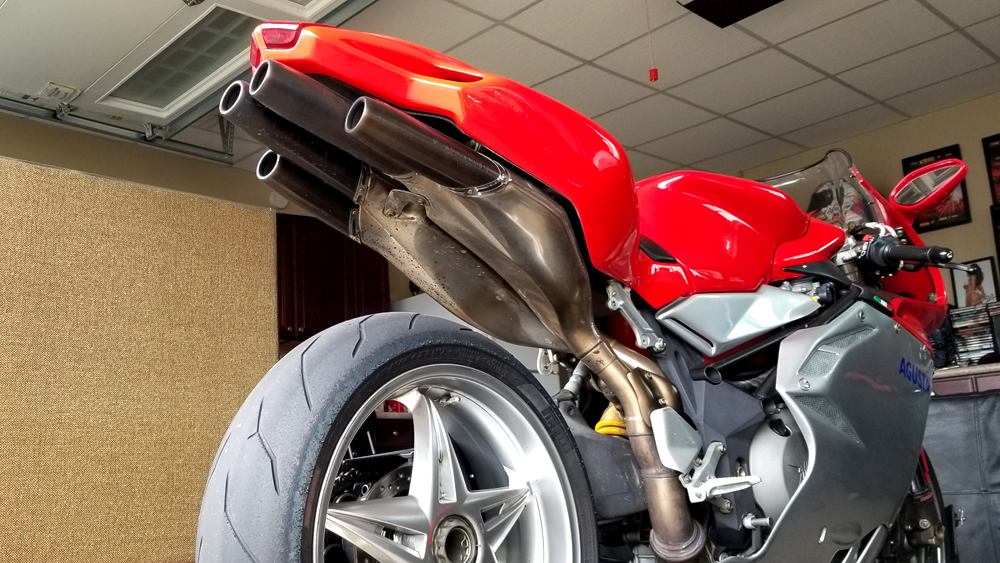 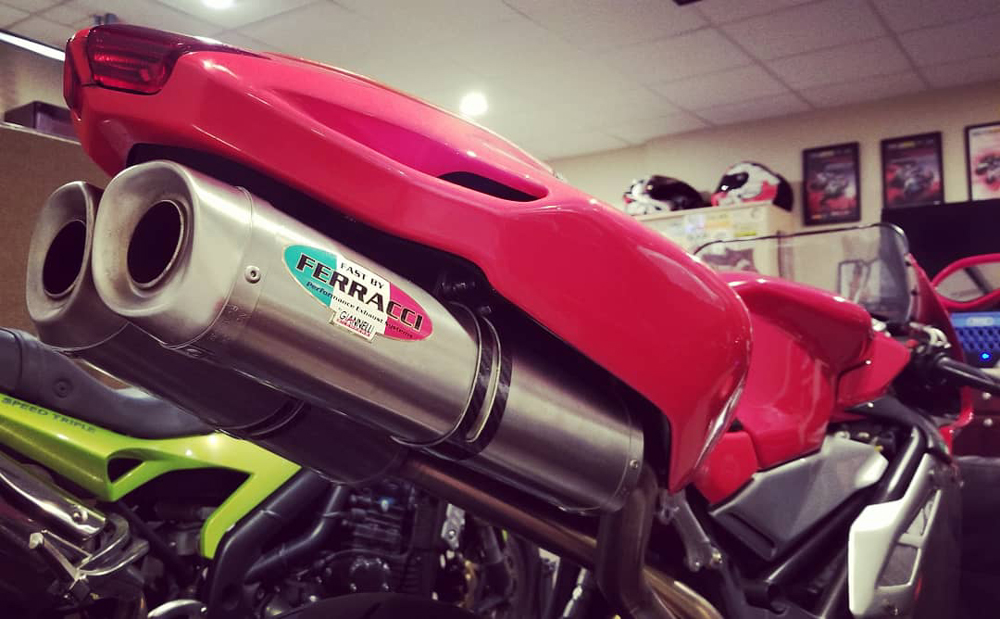 I keep going back and forth between leaving the OEM quad pipes on the F4, or running the aftermarket titanium dual slip-ons I found for it. Ever since finding the aftermarket slip-ons, I’ve swapped between those and the OEM pipes three times now, and I’m pretty sure I’m not done oscillating yet.

On the one hand, the quad pipes are a sight to behold. But with aftermarket slip-ons, the sound of the F4 becomes uninhibited aural pleasure.

The difference between a lioness’ whimper and her roar.

Mind you, when it comes to motorcycles, I generally go for aftermarket silencers over OEM. Not only do the former typically improve the overall look of a motorcycle, but they also make the bike sound so much better than the latter (never mind any performance gain). So it’s usually a no-brainer for me.

The thing with the F4 is, I do like the way the OEM quad silencers look. In fact, I LOVE them. I think they look great and distinctive, and there is no doubt in my mind their design was taken into full consideration to complete the entire rear end of the F4. Because what’s a symphony without the organ pipes? 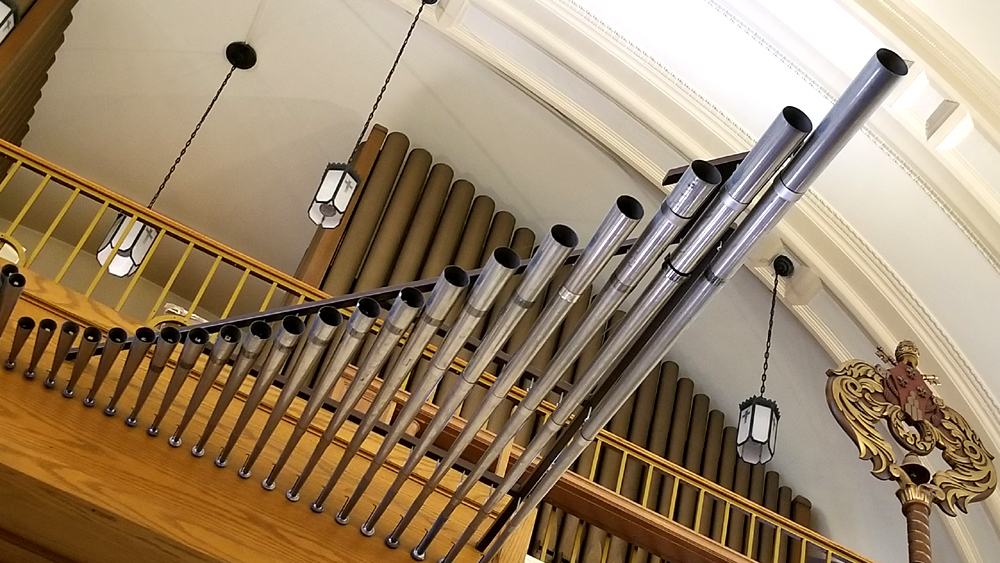 The obvious inspiration to the F4’s exhaust pipes

Now like a lot of unorthodox things there will be detractors, people who may view the F4’s quad pipes as just flair or a novelty. In fact, one of the best arguments I’ve heard against the F4’s quad pipes comes from a friend of mine – a motorcyclist and artist himself:

The F4 Strada is the spiritual successor to the 916. So to act like you shouldn’t have the original, iconic dual-exhaust under the seat, is like saying I shouldn’t wear my dad’s cumber band when I get married, or like a woman saying she shouldn’t wear her mom’s wedding dress when she gets married!

It’s the original spiritual successor to the 916.

(The dual pipes) bridges the gap between the two!

It was a pretty compelling argument that was good enough to keep me from putting the quad pipes back on my F4. At least until a week after his rant.

Thing is, I eventually disagreed with his assertion that Massimo Tamburini – the creator of the F4 and Ducati’s 916 – would even try to bridge the gap between the two bikes. In my opinion, Tamburini did everything he could to ensure that the predecessor to his 916 would look nothing like it, yet somehow be more iconic, more beautiful in every single way. That is why, if you actually had a 916 and an F4 side-by-side, you’d be forgiven in thinking they were designed by two different people. There was nothing derivative between the two, save perhaps for their single-sided swingarms. From the heptagonal headlamps, to the molded airbox cover and fuel tank, right back to the quad pipes in the rear – the F4 was meant to be in a class of its own from the 916, as Tamburini intended.

And in Tamburini I trust.

Yet still, I probably won’t be able to leave the OEM pipes well enough alone. Not while I have this visceral need to hear it bellow. The quad pipes are actually one of the better sounding OEM exhaust you’ll find on a motorcycle, but they’re still encumbered.

Maybe if I never ride this bike again I’ll happily leave the quad pipes on it. But motorcycle art is still a motorcycle. And motorcycles are meant to be ridden.

Fact is, this is simply a bike I love to listen to while riding.