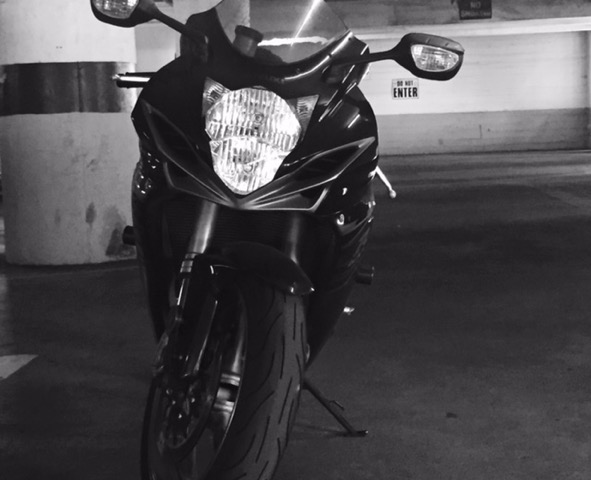 So, recently my speakers broke and I was too lazy to go out and buy another pair. I also figured it wouldn’t be that big of a deal riding without music for a while. What could it hurt right? I thought I’d get some thinking done, be more present with the environment around me, all that jazz.

I allowed my mini experiment to go on for a little over a week. The first day I felt very overwhelmed with all the noises of the city. I tend to spend a great deal of time on the freeway, and I have to admit the first day was more jarring than I initially thought it would be. I don’t know why, but I had this idea I’d hear birds over head, the wind blowing, and maybe the occasional horn honk here and there. Reality was quite different.

After a week, I can tell you no birds were heard the entire time. I did hear about twenty times more horns honking, engines roaring, brakes squealing, and voices shouting. To be honest, the amount of noise I heard while riding was overwhelming to my riding experience. I’m quite sensitive to sound, and every honk or voice shouting grabbed my attention.

The first day I felt like my paranoia was heightened while riding in the city. This was especially true while lane splitting for me. Even though I could see I was in the clear while splitting, my comfort level was lower than it’s ever been before. Of course, I shrugged off my initial lackluster music free riding experience as just being a weird day for me.

However, after five days of feeling the same discomfort while riding, I began to think maybe it was the lack of music that was changing my riding experience. So, I stopped by the store that night after work and purchased a new set of speakers.

I kid you not, as soon as I had the speakers in while riding, I felt so much calmer. Everything kind of slowed down for me, and I relaxed in the seat. The noise in the city died down, and I felt this overwhelming sense of peace. I suppose it’s not really all that surprising given the many studies that have been done which have showcased the positives effects music have on the brain.

I realize to ride with music is a personal choice, and I’ve enjoyed trips up to the mountains without it many times. However, in the city I need to block out the noise of the bustling commuters and keep my head in the game, on my bike. Music just does it for me. How about you? Do you ride with music? Do you find the city noises distracting?