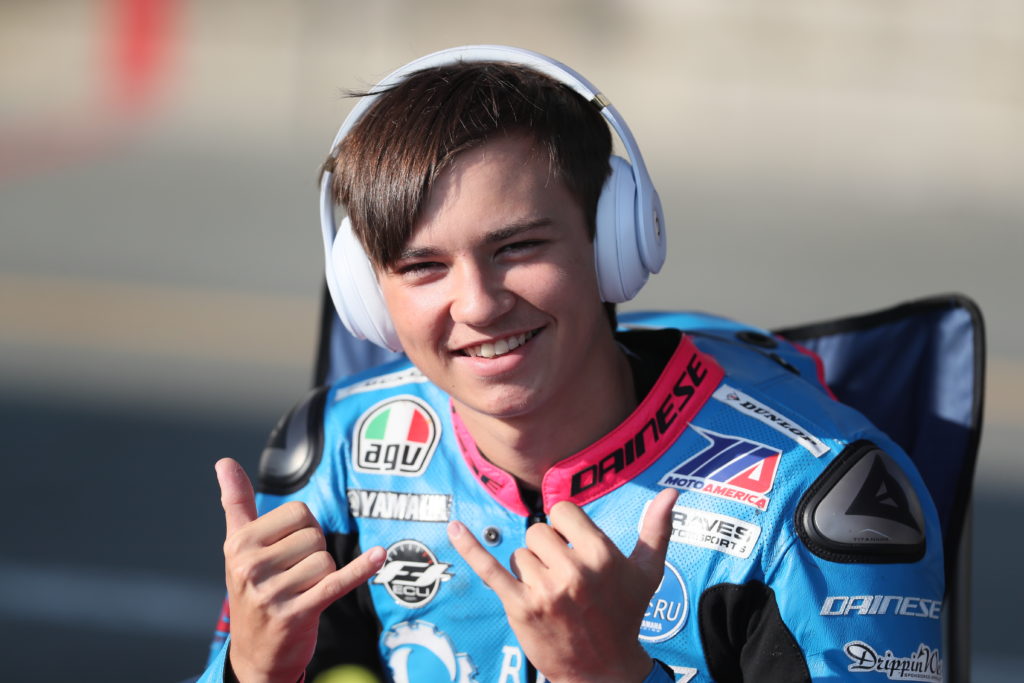 Jackson Blackmon is an 19-year-old motorcycle road racer out of Rock Hill, SC.  Don’t let the age fool you, even though he’s young, he has years of experience. Son of former pro racer Chuck Blackmon, Jackson started riding at the age of 7 and has moved up through the ranks since then. At around 12 years old he started racing on big tracks and getting more serious into road racing. Then at 15 Jackson moved up to the MotoAmerica KTM Cup. By his second full season in the series he became a regular podium finisher and multi-time race winner. This season Blackmon is racing in the MotoAmerica Junior Cup class aboard a RiderzLaw Racing Kawasaki 400.

2017 – After a successful first season in the KTM Cup, Jackson would return to the class again in 2017. In the second round he scored his first ever MotoAmerica KTM Cup podium and win at VIR. Jackson finished the 2017 season with 7 podiums and 3 wins.

2018 – The MotoAmerica Junior Cup replaced by the KTM Cup in 2018. RiderzLaw Racing chose to put Jackson on a Graves Yamaha R3. It was another good season for him, scoring 2 podiums, 6 top-five finishes, and a track record. 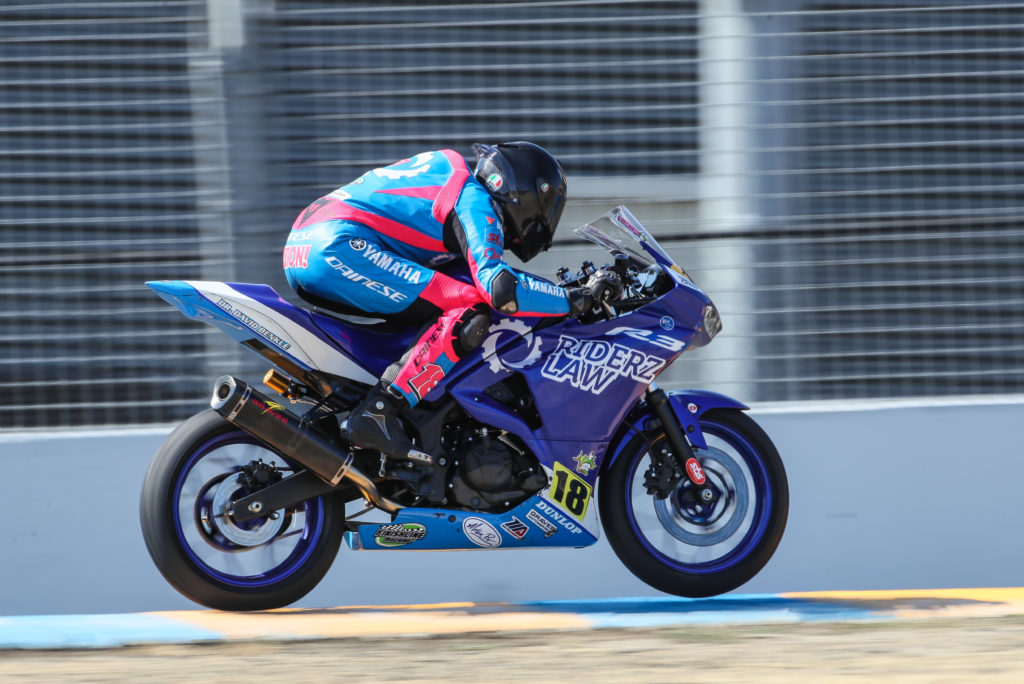 2019 – Jackson competed all season for podium finishes despite the winners circle in the Junior Cup being dominated by Kawasaki Ninja 400’s and the impossible-to-purchase KTM factory Cup bikes. After some late-season changes and a switch to a Ninja 400, Jackson dominated not only the Junior Cup, but also found immediate success riding a Suzuki SV650 in the MotoAmerica Twins Class.