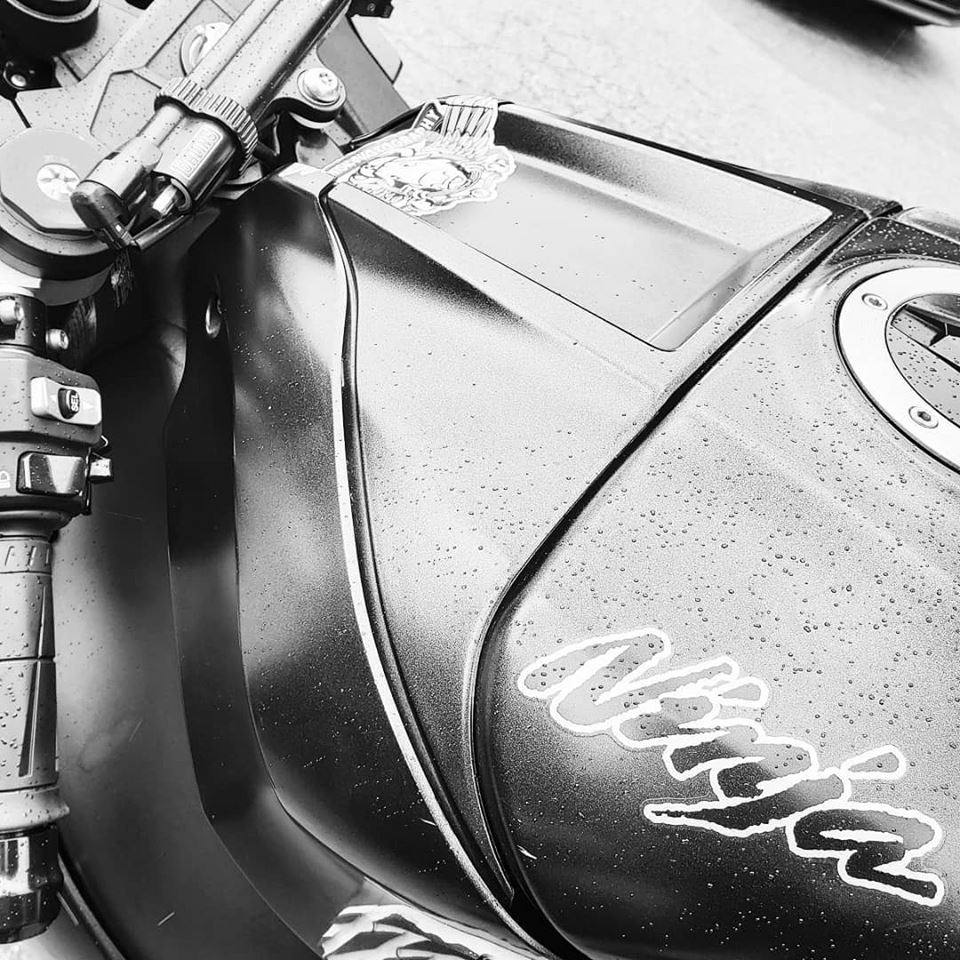 With the dawning of the somewhat dreary day, we were aware that the track was going to be damp. In an effort to help dry it out prior to the bikes going on course, everyone was invited to drive their 4-wheeled vehicles around, so our group piled into the RiderzLaw van with Fabian at the helm. Not only did this give us a great chance to help dry out the track, but provided some orientation laps around the track prior to getting on our bikes, too. Fabian was able to walk us through some of the lines, and we got to familiarize ourselves with a “first look” at what we would be facing.

The riders meeting was soon to follow, and we all wandered over to the classroom to hear what they had to say. The owners spent a fair bit of time sharing the story of Femmewalla, the charity, and how and why this event was so close to their hearts. Everyone felt the emotion behind their words, and dry eyes were few and far between. In addition to the entry fees, Femmewalla also puts together (with the help of generous sponsors) a spectacular raffle, and of course, we all purchased a fair number of tickets in hopes of getting one of the amazing prizes!

A bit later than scheduled, the track finally went hot with some introductory laps for anyone who wanted to participate. Having never been to the track, I decided to join in, and rolled over to the hot pits. We headed out, and I quickly realized my bike’s quick shifter was not working. I had put on new rearsets, and hadn’t tested them out prior to arriving, and apparently, something wasn’t quite right. I could shift the old fashioned way just fine, so the issue wasn’t purely mechanical, but set up or electrical. After our sighting laps, A group was headed out, and since I knew I wasn’t going to be moving along too fast yet, I went ahead and went out for the session before going back to the pits to see if I could figure out the problem.

Throughout the day, I would find myself chasing this problem, trying a variety of different things to see if I could figure out what the problem was. I still made it out for my on-track sessions, and it wasn’t a big deal to just do the entire track in a couple gears, but the issue was still frustrating me. We were attempting everything from parts-swaps, to adjustments, to finally busting out the laptop, and I still was having no luck. My sessions continued, although I didn’t feel like my time was very productive since I was distracted by the bike issues. Regardless, I was still able to start figuring out this difficult to learn track, and began to see where I needed to go with the bigger bike.

Finally at the end of the day, a friend of mine who was there for the weekend who also has a Gen 5 ZX10R, realized what my problem may have been – apparently, not only did I need to change that UP=up, and DOWN=down, but ALSO needed to swap the up and down voltages in the map on the bike. I made those changes, and sure enough, my bike was shifting!

That evening the Femmewalla dinner and raffle took place in the track event tent, and we all enjoyed each others company, while some lucky ladies also won some awesome prizes (I was not one of them lol). After much frivolity, the evening wrapped up with what was a VERY generous donation to the Unforgettables Foundation with the money raised from the event, estimated to be nearly $25,000 raised.