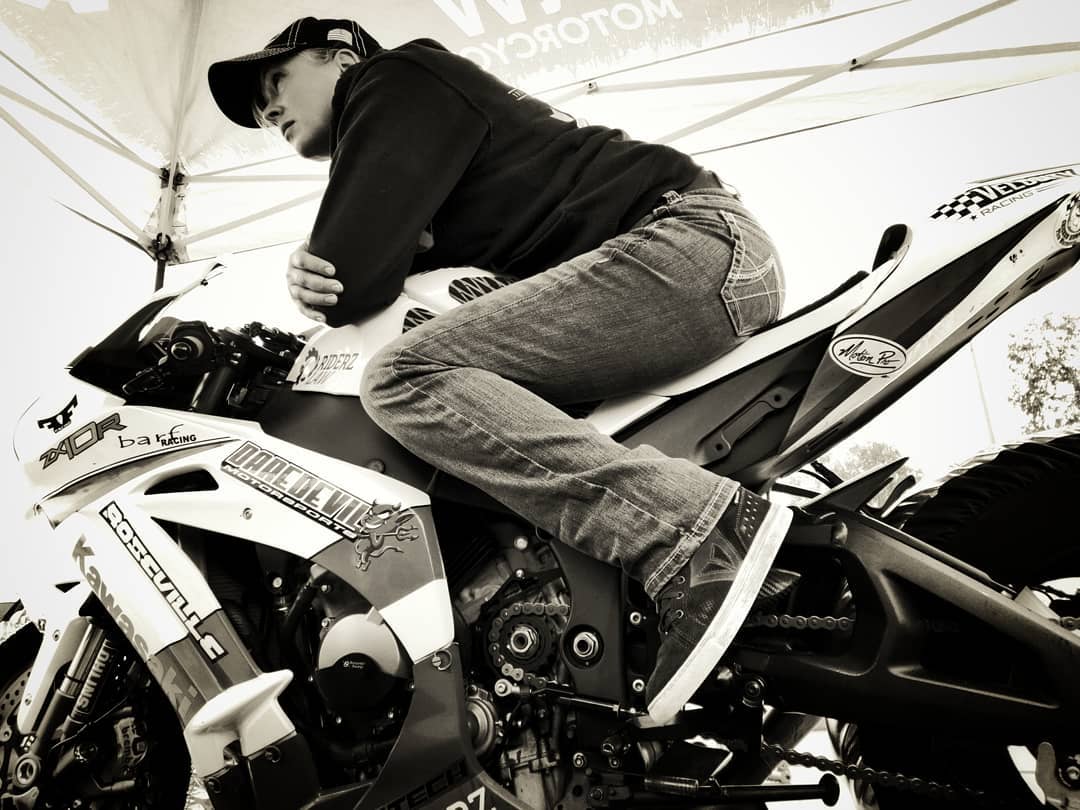 Since I first got introduced to track days, one day I have hoped and been told I “needed” to attend was the famous “Femmewalla.” This track day is an all-women only day, for all groups, and is hosted by the owners of Chuckwalla Valley Raceway near Desert Center, CA, east of Los Angeles and San Diego. The track day is also a fundraiser for the “Unforgettables Foundation,” a charity group that is near and dear to the hearts of the owners after the foundation helped them with funeral costs after losing a child.

I have been hoping and trying to attend Femmewalla for five years now, and this was finally the year I was determined to make it happen. In previous years, either money, lack of a reliable transport vehicle, cancellations, or injuries kept me from attending, and these things were not the issues they were in the past. Money would be tight, but I could make it happen!

I decided to carpool down with a fellow PTT instructor, Rebecca, and she had recently acquired a small RV, so we would have a place to sleep and cook as needed. She left her house early on Thursday, and arrived at my house, and we began the process of loading my stuff into the rig. Unfortunately, since the RV was new to her, and we had never carpooled before, this took a bit longer than we had hoped, but eventually we were on the road with what should be a good arrival time.

“That racer life” being what it is, however, our smooth sailing only lasted so long, when we found out that our main interstate to get there was closed due to snow – something I had not considered a potential problem – I mean, it IS L.A. – snow?!? Our route got diverted and the 2 lane highway full of interstate traffic ended up adding nearly 4 hours to our drive. As we descended out of the snow, we were met with rain and some (minor) flooding.

Eventually we arrived at Chuckwalla, far later in the evening than we had hoped, and were greeted with pouring rain. Thankfully, Fabian with RiderzLaw was there to meet us, and generously helped us unload the bikes and get set up for the evening. Needless to say, all of us were drenched by this time, but the bikes were sheltered in the RiderzLaw rig, and we finally nestled into the RV for some sleep.

The following morning we were met with cloudy skies and damp air, but the rain had finally stopped, and the track day looked like it was going to proceed as planned. We dug our pit set ups and bikes out of the rig, and got set up under our canopies and began to prepare for what we all hoped would be a fun, relaxing day of learning a “new” track and sharing it with fellow women riders!