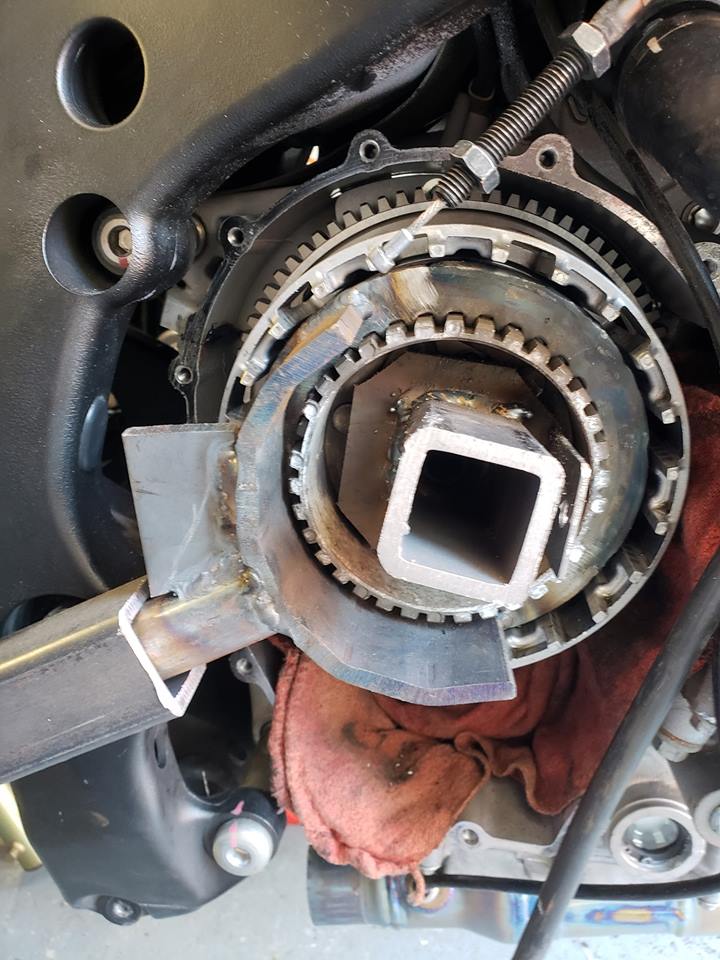 After loading up the race bike early Sunday morning, my friend Anh and I headed to another friend’s house to see if he could convince this clutch basket nut to come off. Alan had a full shop set up with all the fun machining tools, and we got set up to work on getting the nut off.

First, since there was still a small amount of nut base left, he took my socket and shaved off the bevel on his lathe. He tried the bang-breaker method with no luck. Then we tried a breaker bar, but no luck, so he dug out his big 500 ft-lb air impact gun. That nut had no intention of breaking loose, and instead the socket was getting beat up. Oh boy, this wasn’t going to be easy.

Next up was the welding method, which he was confident would work pretty quickly. He fabricated a piece to go on the nut so he could safely weld it without hitting the shaft the nut was on, and so we’d have a good base to put a wrench on. Some metal plate with a nut-sized hole, with some square pipe attached to that, and we were ready to give this a go. Alan got on his pipe wrench and I held the clutch basket holder and he started to give it a yank. All that happened was the clutch holder started to jump over the basket, and scraping hunks off the basket in the process.

Alan decided we needed a better holder tool, so sent me home to grab the clutch so he could weld a handle to a clutch plate – a much stronger option than the tool. Back to Daly City, grabbed my clutch plates, and returned to Oakland with them in hand. Alan took one of those, welded a handle onto it from a piece of round pipe, and back at it we went. He gave it a good old pull, and even with myself and Anh holding the bike, Alan was nearly lifting the bike off the stands, but still that nut had no intention of moving. Eventually the weld on the handle started to give, so on to more fabrication.

Alan then took a second plate, welded those together, and then cut and formed a plate to curve around the plates, welding that to them, and then welding the handle to that piece, giving a much larger (and stronger) holder. We were over this being a conversation anymore – something was going to give, and by this point I knew there was a chance the shaft would break before this nut would come loose. 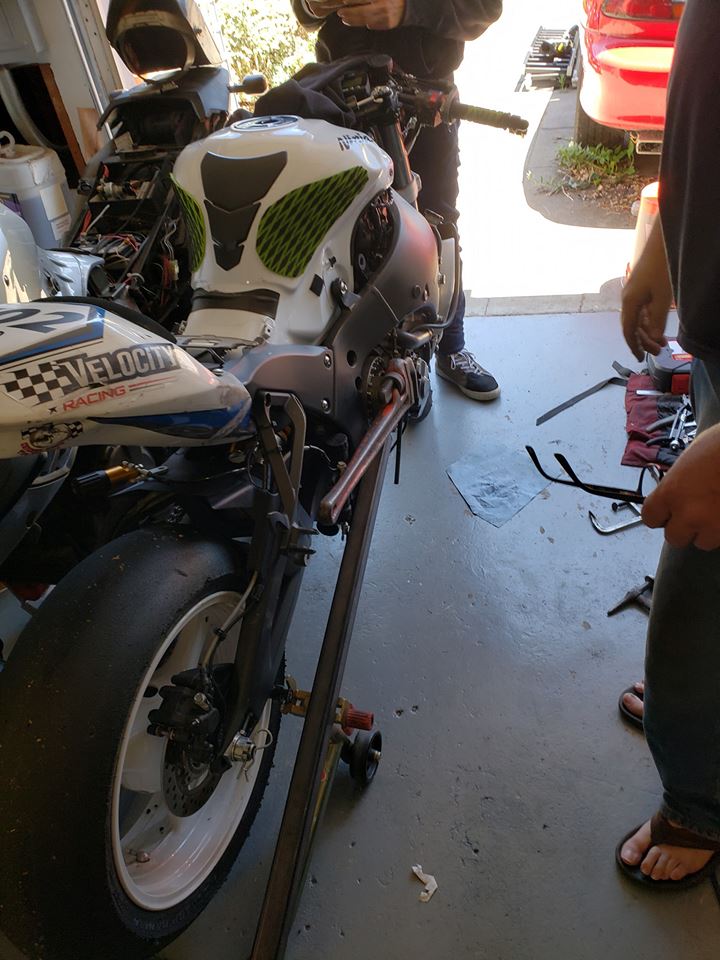 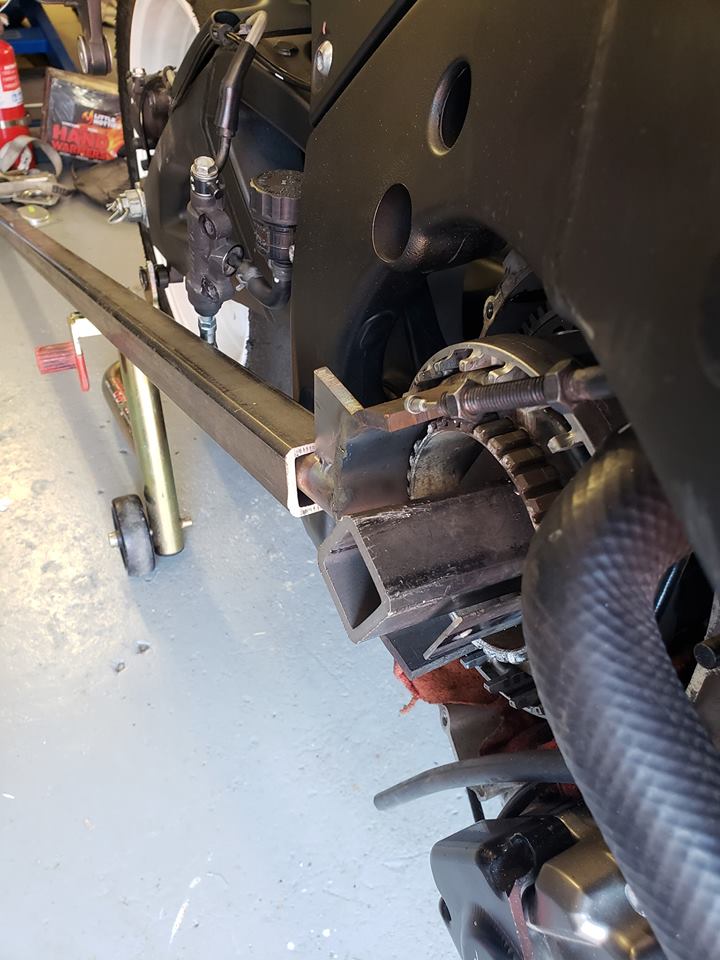 He got everything filed to fit, it all was in place, then put a big long piece of square pipe onto the handle so that would be braced against the ground while he put his weight behind the pipe wrench. The pressure was probably fantastic, and finally something gave – and to my delight, it was the nut!

We removed it the rest of the way, and it appeared the shaft threads were clean and everything else looked fine. How the heck that nut got that tight is beyond most of our comprehensions – considering it has a torque setting of 92.9 ft/lb, the fact it took this kind of force to break it loose is just shocking.

It took the better part of two days, and three people, to get one nut off the bike. Oh boy, now I was getting worried about this swap, but there was still some time in the day, so I wanted to see if any more progress could be made.