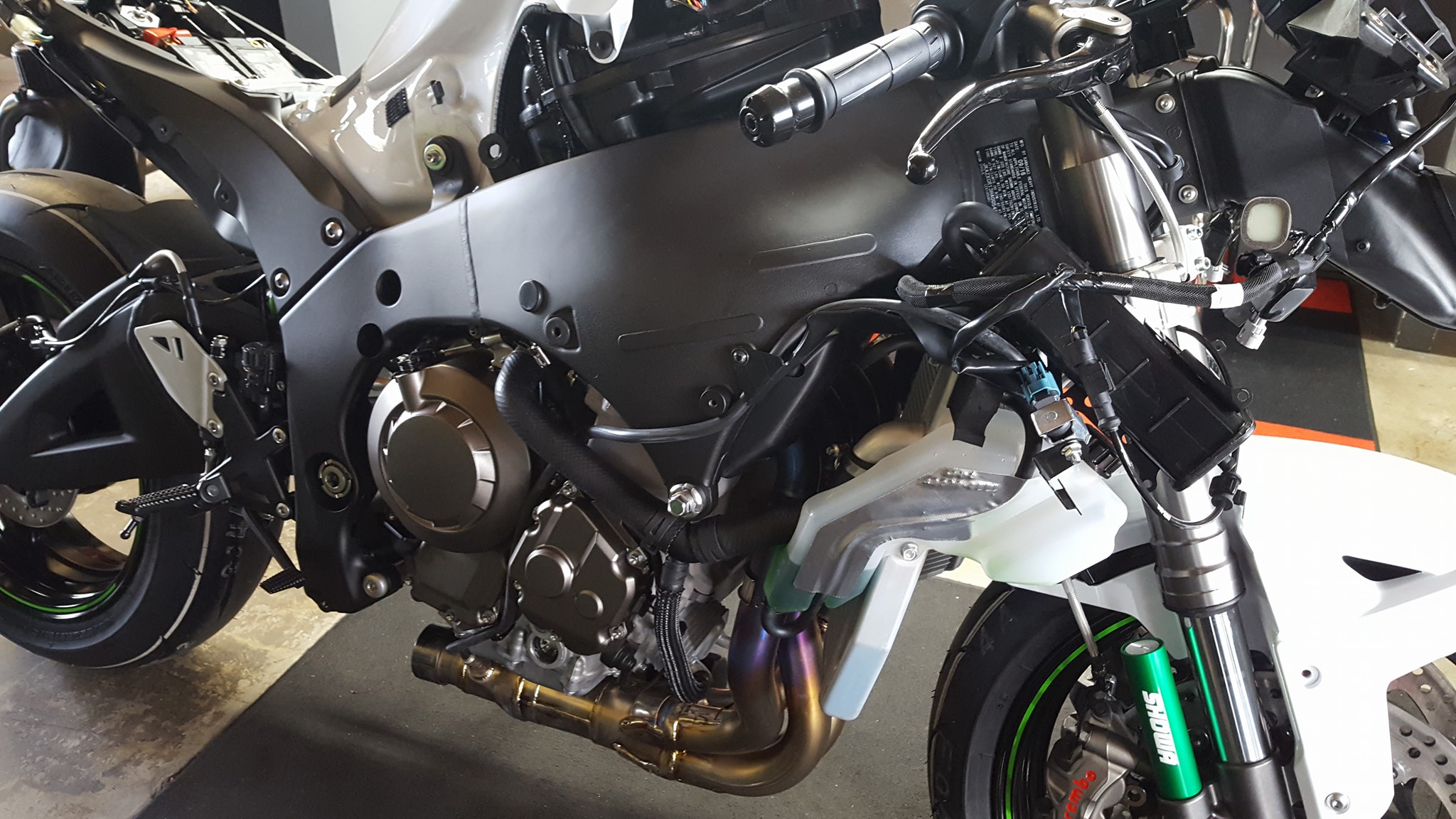 It was a lovely Saturday morning. The sun was shining, the weather perfect, and I was ready for a weekend of learning some new things about my bikes. I had my service manual by my side and ready to go, my bike on the stands, and space to work and spread out.

I decided to start with the race bike. If there was something wrong with that transmission, I wanted to know, plus, if it looked pristine, I wanted to know that first, too. I pulled off fairings, and then started to work on removing the clutch cover.

The Gen 5 ZX10Rs have a cassette style transmission – this means it can be accessed and removed from the bike without taking apart the engine cases. You simply remove the clutch and shifting components and the transmission can be removed through the clutch area.

I was moving along getting the clutch components out, and came to the clutch hub nut. The on the bike was already marred pretty bad – wow, they apparently put it back in that way when they did the recall! I had about half of the useful nut left, and with the bevel sockets come with I was a bit worried. I set everything up, and using my impact gun, tried to get the nut off. It wouldn’t budge. I tried a regular ratchet with a hammer – nothing. Impact gun again – still nothing. Ran to Home Depot and bought a torch to try some serious heat. Still – nothing. This nut wasn’t coming off, and it was falling apart (literally pieces of it falling off) rather than breaking loose. I was worried about stripping it completely, so asked a friend for some help so two of us could go at it with a proper breaker bar.

He showed up after he got off work, and we tried again – still nothing, even with two of us working at it. I was pretty sure this nut was going to have to be cut off, I was running out of ideas. A friend who lives in Oakland offered to help, as he has a full machine shop set up and could weld some heavier duty things to the nut and we could get it off that way. Or that was the plan anyways.

My friend was off the next day and bored, so decided to come along for the ride to see what happened with the nut. Early Sunday morning he showed up and helped me load the bike, and off we headed to Oakland to see if we could break this thing loose.