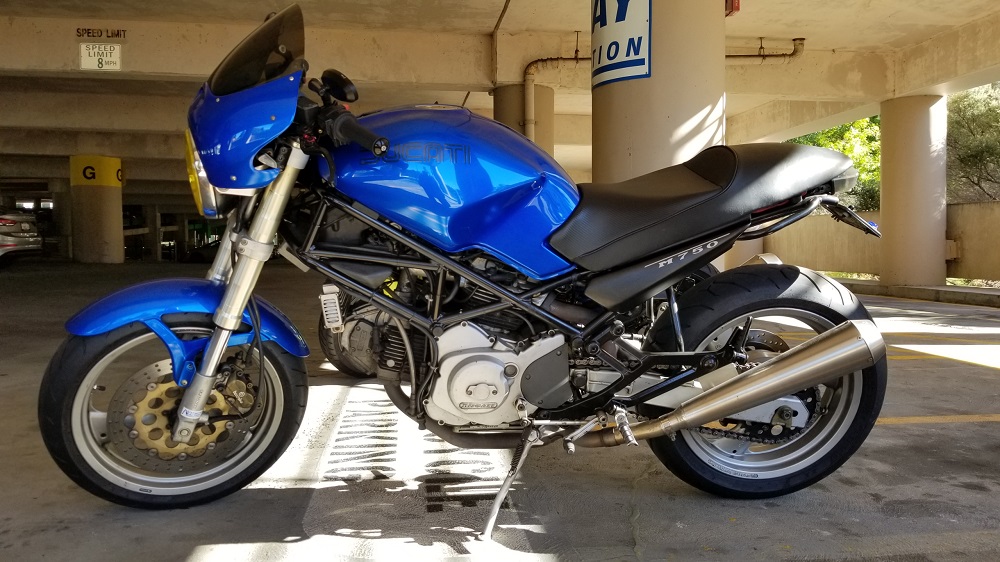 Last year I had another friend ask me to look for a motorcycle for her (…you know, I really should start a used-bike shopper service). She used to ride before we met, but it was short-lived. So while she isn’t going to be new to riding, she’s new again. And she knew it. So it was a given that when I considered what bike for her to buy this time out, it had to be new-again-friendly.

Except she didn’t want to return to Kawasaki’s Ninja 300 again, the bike she bought on her first riding rodeo. She wanted to take the opportunity to shop for her second bike to have a ride that would be better than her Ninja 300 in every sense of the word; from the image to the tangibles. It had to be something pleasing to all senses, but especially visually. Something as sporty than her Ninja 300, but not too sporty like a full on sportbike. Turn-key preferably, with no problems or issues to have to haggle the price for, then sort out first to make for a safe ride. And of course, having known of my reputation as a bargain shopper for more than decent rides, she also wanted to spend less than she did on her previous bike.

Thing was, it was easy enough to check off those requirements. Knowing the budget I was working with, I had no doubt I could find a great ride for a fraction of the price of the Ninja 300, especially in the used market. I knew I could find a sexy piece of machinery for her, in very good if not excellent condition. The trouble I was up against was finding a beginner-friendly ride. It’s not that I haven’t shopped for one before – I did for my cousin previously – but to find a bike that ran great, looked great, and beginner-friendly that wasn’t an entry-level Kawasaki Ninja? I’ll admit that I drew a blank for a bit there.

In fact, the first bike I thought of that would’ve been great for her was my NT650. It was small (for a small rider), light, reliable (it was a Honda, you know), docile but plenty of fun, and would’ve been plenty cheap. Just a shame that I sold it well before we met, or I would’ve put her on it. I even tried to shop for one for her, but those bikes never come at more than a handful at a time in the used market. The cheap ones are cheap for the common reasons, and the excellent specimens fetch a pretty premium as the bikes have long been cult classics.

I thought about the SV650s, the FZ6s, Hornet 599s, etc, all of which I exhibited to her via online images, but none of them really caught her fancy. She talked about liking the image and stance of café racers, and that’s when it hit me.

Oh, I can’t wait to tell you about this one…