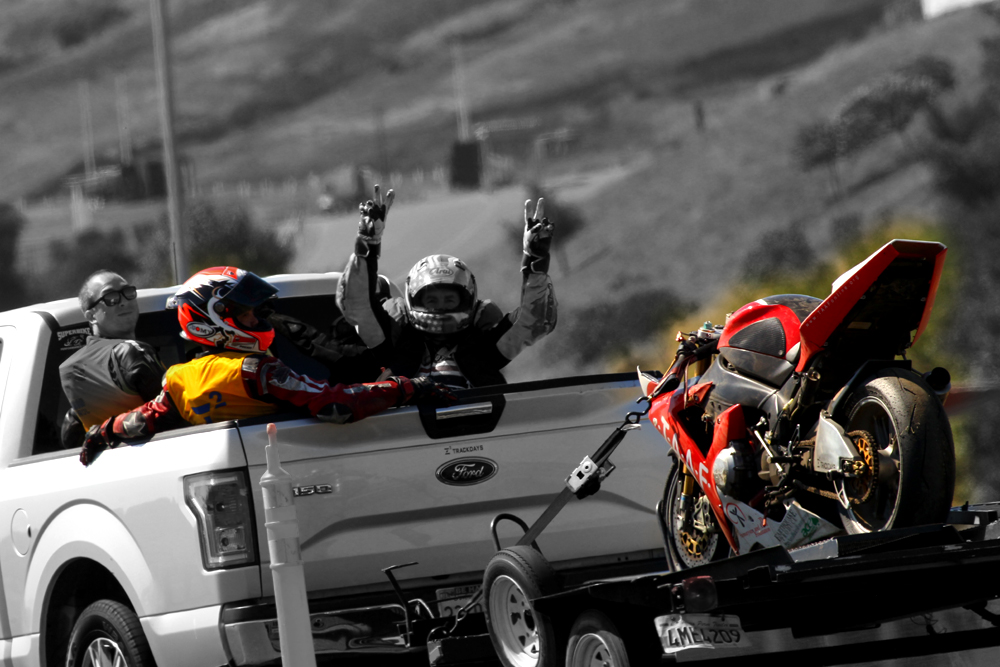 Hubris really can be a witch sometimes.

I had just redeemed myself at Laguna Seca since my crash there the year prior, and I found myself back on the deck right after, this time at Sonoma Raceway. Rookie mistake too, crashing on my out lap from the pits in only the second session of the morning. I remember entering the track behind another rider, and in wanting to set them up for a pass into the braking zone of Turn 4, I turned in late for Turn 3A to undercut the other rider at the exit. Problem with this approach is that I have to introduce a bit more lean angle than normal, in an already off-cambered corner, again in what is supposed to be my warm-up lap.

I asked too much, too soon, from the tire, so the front folded on me and the bike and I fell to our side and slid out of the track, fortunate to not have collected the other rider I was trying to pass. The crash itself wasn’t too bad, but what really alarmed me after I slid to stop was hearing my R1 wailing at the redline as it lay on its side. For some reason the bike’s tip-over sensor didn’t turn the bike off as soon as the bike was parallel to the ground. Even worse, the throttle got stuck wide open as it slid to a stop on the dirt off the track. As soon as I was able to get up, I ran up to my bike to turn it off, before running over the tire wall. It was on redline on its side for only a few seconds, but I already had a feeling it was a few seconds too long.

When we recovered the bike, we tried to start it up again, but it wouldn’t. The engine was trying to turn, but it was struggling. I called it a day and trucked my R1 to my friend Rob’s shop as soon as I could for his diagnosis.

I had already feared the worst at this point.

Rob’s initial and optimistic hope was that the engine was just hydrolocked: that perhaps oil had gotten to one or more of the cylinders while it was on its side, and now it was preventing compression. And while he did find oil in one of the cylinders, the bike still would not start after draining it. He gave me his diagnosis that perhaps a big end bearing had given out.

Thing is, we could’ve definitively found out. I could’ve opted to open up the cases again to find out exactly what was wrong, but I remembered that this exact situation is where I hoped to find myself once my adventures with my 2002 R1 had to come to an end.

I probably do have way too deep of an emotional investment with this R1 than most other sentimental motorcyclists. The only thing greater than the mileage on the odometer were the memories I’ve amassed at each reset of the trip meter. And as much as I hoped to one day retire the bike inside my house, I refused to stop riding a bike that was still going. Despite the previous crashes I’ve had on this bike, the fact was each time I stood it back up, the bike fired right back up. So I kept fixing it and riding it, because I’ve always told myself, and even my friends, that I wasn’t going to stop unless I ride the bike to the ground.

Unless I ride the bike to the ground.

Those were my exact words, and there I was having done just that, and my R1 wasn’t as quick to fire back up with life like it previously had. So I thought I had finally done it. I had finally ridden it to the ground. I was actually afraid that ‘riding the bike to the ground’ meant crashing it to a point of breaking it into several pieces, bad enough that I wouldn’t be able to put it back together to retire in my living room.

But there I was, with an opportunity to do just that. Despite the broken engine, the bike was still structurally whole. At the very least, it still stood like the memento I had always hoped it would eventually become in my household. The final chapter I had hoped for the bike and I.

I didn’t even give it a second thought.

I am finally retiring this bike. 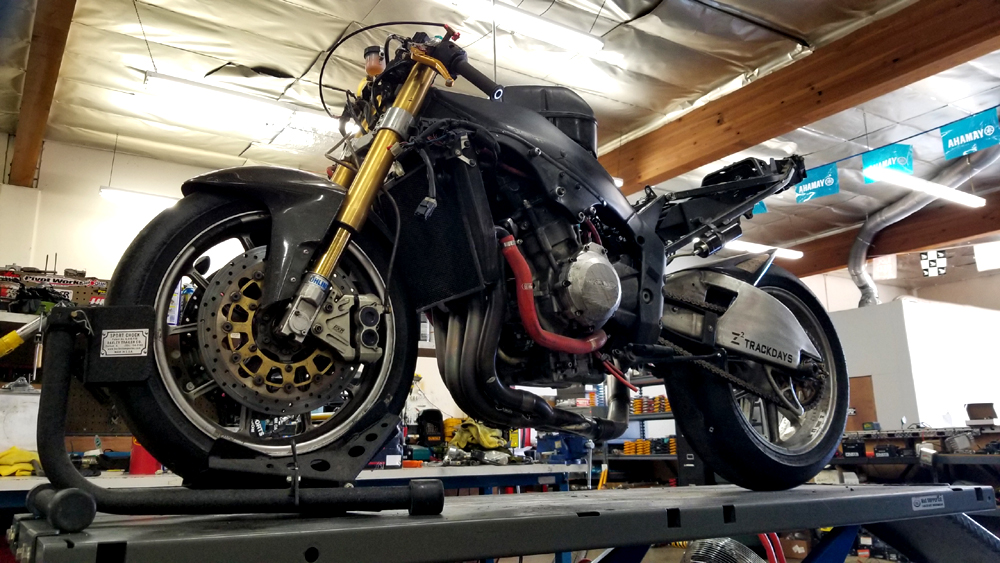