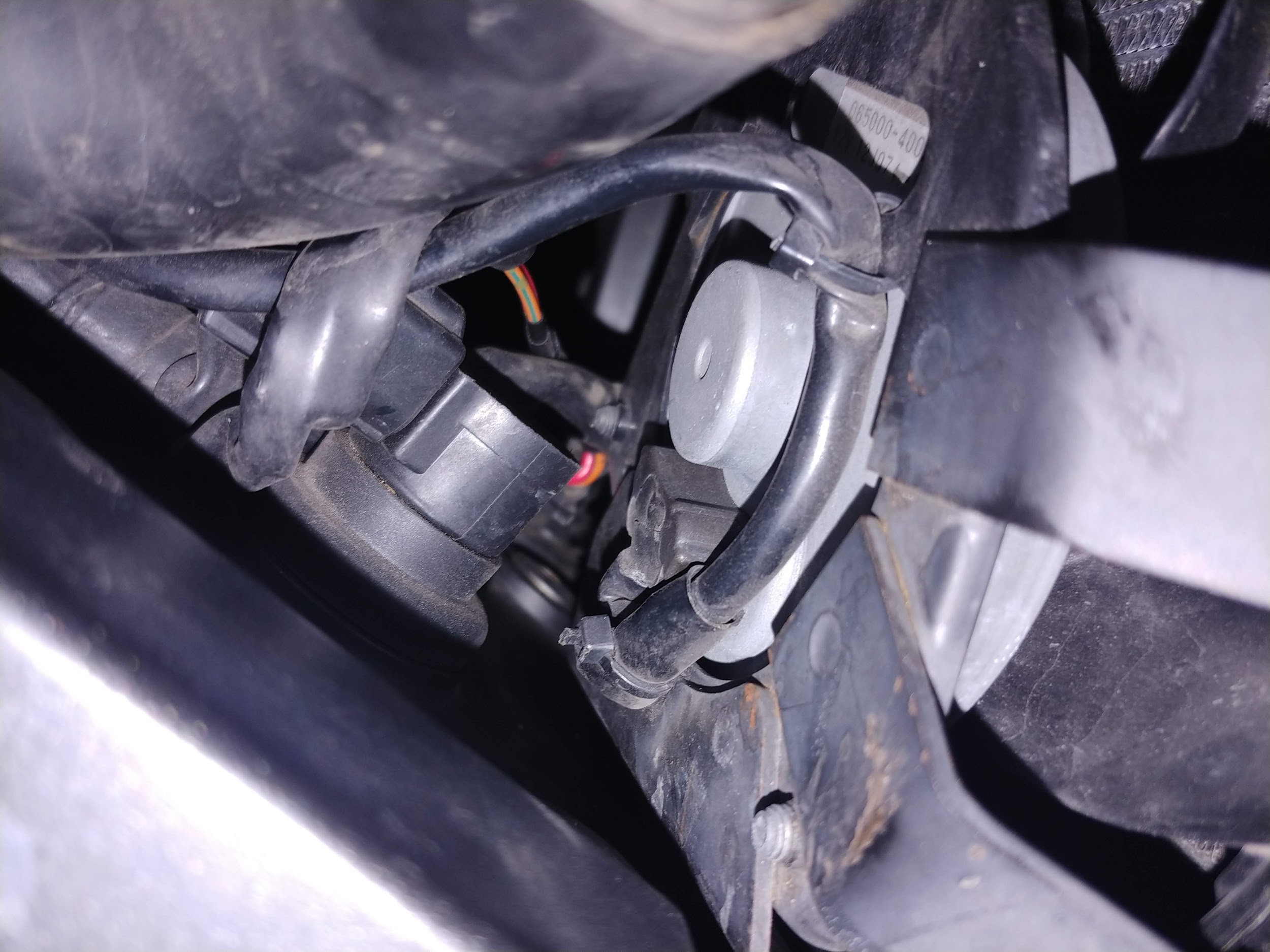 With my trackday over, and the FZ down two cylinders, I trudged my way home with my tail between my legs.  The trackday had actually been great fun – I set a new personal best on the GSXR, but I couldn’t escape the shadow that the FZ cast upon the weekend, and dreaded what my financial advisor would say when I returned home with a $3000 paperweight on my trailer. She was, of course, unimpressed, and I’ve been eating top ramen ever since.

The damage to the FZ was still unknown, but I sensed a faint glimmer of hope. The pistons weren’t seized, there weren’t any funny noises, and most importantly, I’m a stubborn mechanic. I wasn’t about to give up on my investment so easily.

I pulled into my driveway with only one thing on my mind – sleep. What, did you think I’m some sort of robot mechanic?  I was darn tired, and with what small vestige of energy I had left, I quickly unloaded my trailer, started a load of laundry, and collapsed into bed before I even had a chance to kick my shoes off.

Fourteen hours later, I arose bright and early at 3pm with a wrench in one hand, a voltmeter in the other, and a very hungry cat sitting on my chest staring daggers at me. It was time to troubleshoot – or, well, apologize to my cat, THEN get to troubleshooting.

I’ll be honest here; troubleshooting took me about 30 seconds. I’m not sure if I should be ashamed of this, or if I should be proud. I wished it was something that I had spotted at the track, or maybe during one of my cursory inspections of the bike as I worked on it, but there’s a reason they don’t call it Murphy’s Theory.

Some of the insulation on the wires going to a coil pack had dried up and fallen off. The wire was shorting up against the radiator.

That’s it. That’s all it was. Twenty seconds with some electrical tape and we were off to the races again.

I’m kidding. Electrical tape is awful stuff.  For something so sticky, it’s amazing how well it doesn’t stick to anything.  A few minutes with a blow-torch, heat-shrink tubing, and a bit of protective plastic cover, and the bike was purring as strong as my actual cat, who had finally finished eating and discovered that the FZ1’s seat was the perfect spot for sun-bathing.

I’ll admit that I was a bit disappointed. For me, the excitement of troubleshooting and fixing a bike can be rewarding and enjoyable, and I felt like I had just been denied an opportunity to be a mechanical god again.

The good news, however, is that I had one more issue to address, in the form of a huge puddle under my front tire, and I had another trackday only a couple weeks away.

Time to get this thing back up and running in tip top shape!