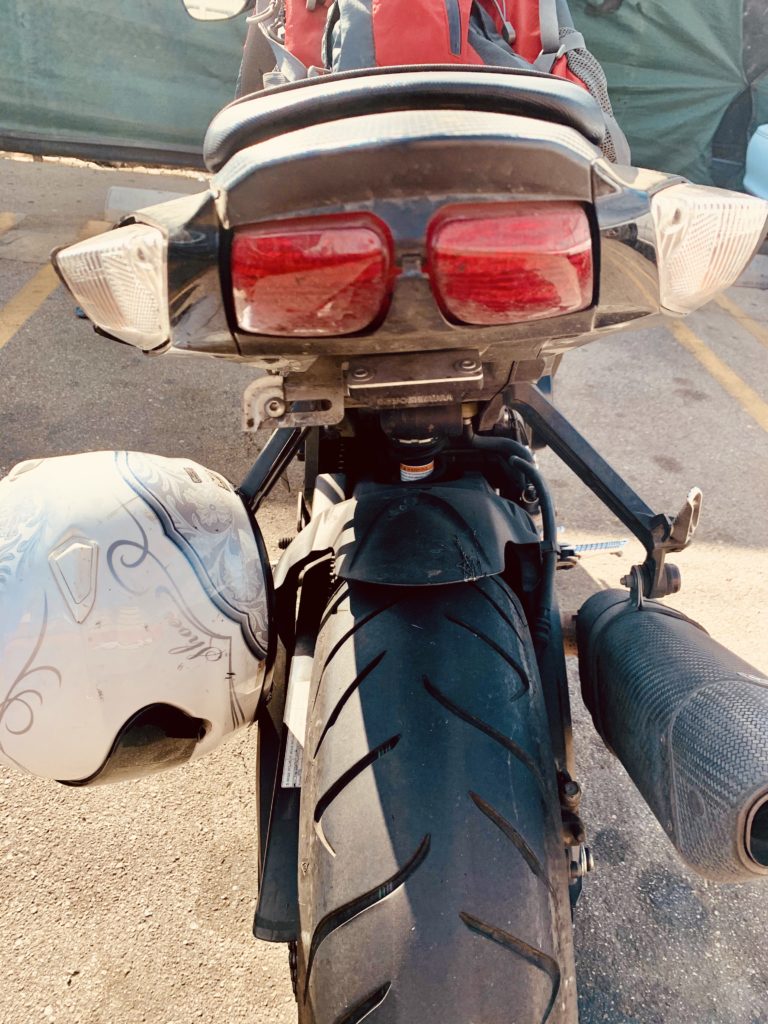 The past two weeks have been incredibly stressful. It all started on a Thursday night when my license plate was stolen off my bike while parked in a garage that I pay way too much money for in the first place. A garage where I purposefully hide my bike behind a pillar to deter unwanted attention from potential riff raff, and keep a wheel lock on at all times. None of those things mattered though as my license plate was still stolen.

The reason I decided to pay a monthly charge to park in a private garage is because my motorcycle kept being vandalized while parked on the street. After a few incidents added up to more than I was willing to keep paying in repairs, I decided to move my bike into a more secure situation. So, you can imagine my frustration with this theft and the damages sustained to my license plate mount.

I was instructed by the parking attendant to file a police report as soon as possible and to change my parking location to a perceived safer location within the garage. After over half an hour attempting to get in touch with the closest police department via phone, I decided to drive down to the station and file my report in person. This took about an hour, and afterwards I had a document to show police in case I was pulled over while driving without a license plate. This report would become vital during the next two weeks.

Why two weeks? Well, it’s the earliest the DMV could schedule me for an appointment. Unfortunately, I didn’t have spare time to risk walking into the DMV without an appointment, as the lines generally mean you are there for hours.

During the time before my appointment, I still had to drive to work, and I was of course stopped by the police. It seems even with a police report, they still didn’t believe I wasn’t driving a stolen motorcycle. I had my information run more times than I’m comfortable admitting, but it was definitely annoying.

In the end, my replacement license ended up costing me $22 despite the police report. Nothing is free in CA!

My spirits are higher now since I have a plate on my bike. I’m less paranoid around cops but concerned more about the well-being of my motorcycle while parked. I’m at a point where I have no idea what more I can do to keep it safe. I’m sure I’ll spend the next few weeks brainstorming ideas on the matter.

Hope my tale of misfortune helps someone else.