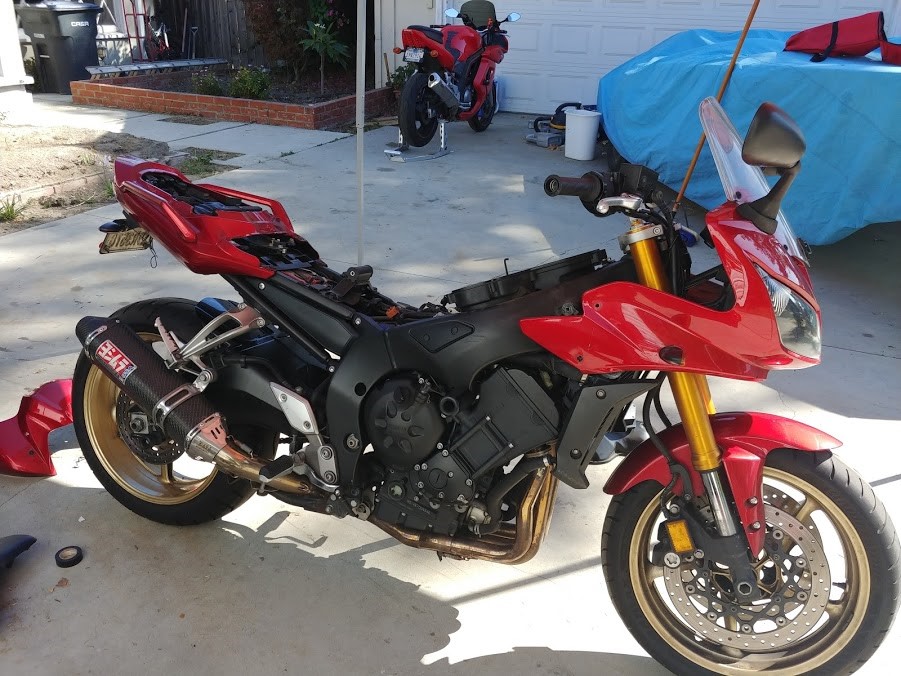 Fully spelled out, NASCAR stands for “National Association for Stock Car Auto Racing” which I find to be highly ironic – not a single car on the track during a NASCAR race has anything to do with its production counterpart. Hell, the “Toyota Camry” has a freaking 5.9 litre V8. You can’t even buy a mustang with an engine that big these days, let alone a soulless people mover. It would be one thing if the racing series required a stock block or stock frame, but to even slightly infer that a Nascar vehicle is “stock” is about as laughable as calling the space shuttle a regional airline.

Not that I’m complaining though. An 800bhp Toyota Camry is far more interesting to me than a 200hp Camry, even if it does only turn left. I can appreciate how much effort goes into building such a car, even if I don’t really care much for the racing.  The effort that the engineers put into building these vehicles has almost established a kinship with my own approach to motorcycles; after all, we’re just a group of nerdy dudes who void warranties and empty wallets.

If you’re following my blogs chronologically, you’ll remember that I have just picked up a 2008 Yamaha FZ1 to use as my commuter/beater bike.  What you didn’t know is that by the time I had shaken hands with the seller and passed over cash, USPS was already hard at work delivering packages to my doorstep, and the garage had already been cordoned off as a small mountain of boxes began to take shape.

So, like any respectable performance enthusiast, within 20 minutes of having purchased my new bike, there I was in my driveway, dissecting my new motorcycle, tossing parts into piles in what can best be described as a scene of Organized Chaos. The only thing that could have made me happier is if I had a beer in my hand, and a buddie to make crude jokes with. Unfortunately I had no beer, and my friends decided that dry-humping motorcycle parts for my amusement wasn’t a priority, so I was on my own.

The first item on my list was to troubleshoot the bike – a few pre-existing conditions needed remedying, and I was like a predator stalking its prey.  That kinked fuel line thought it was safe hiding behind that heat shield, but it was no match for my superior mechanical prowess. The same proved to be true for the failing coil packs, as well as the crusty spark plugs that found themselves sailing through the air before pathetically thudding into a trashcan, followed by various bits of dry-rotted hose, rusted fasteners, and these weird rubberish plasticy things that Shinko tries to pass off as tires.

It’s funny how many “major issues” a bike has disappear after an hour or two of TLC. The seller I bought the bike from was convinced that the bike already had one tire in the junkyard, but by the end of day 1, the bike ran better than it had in years, and I was only just getting started.