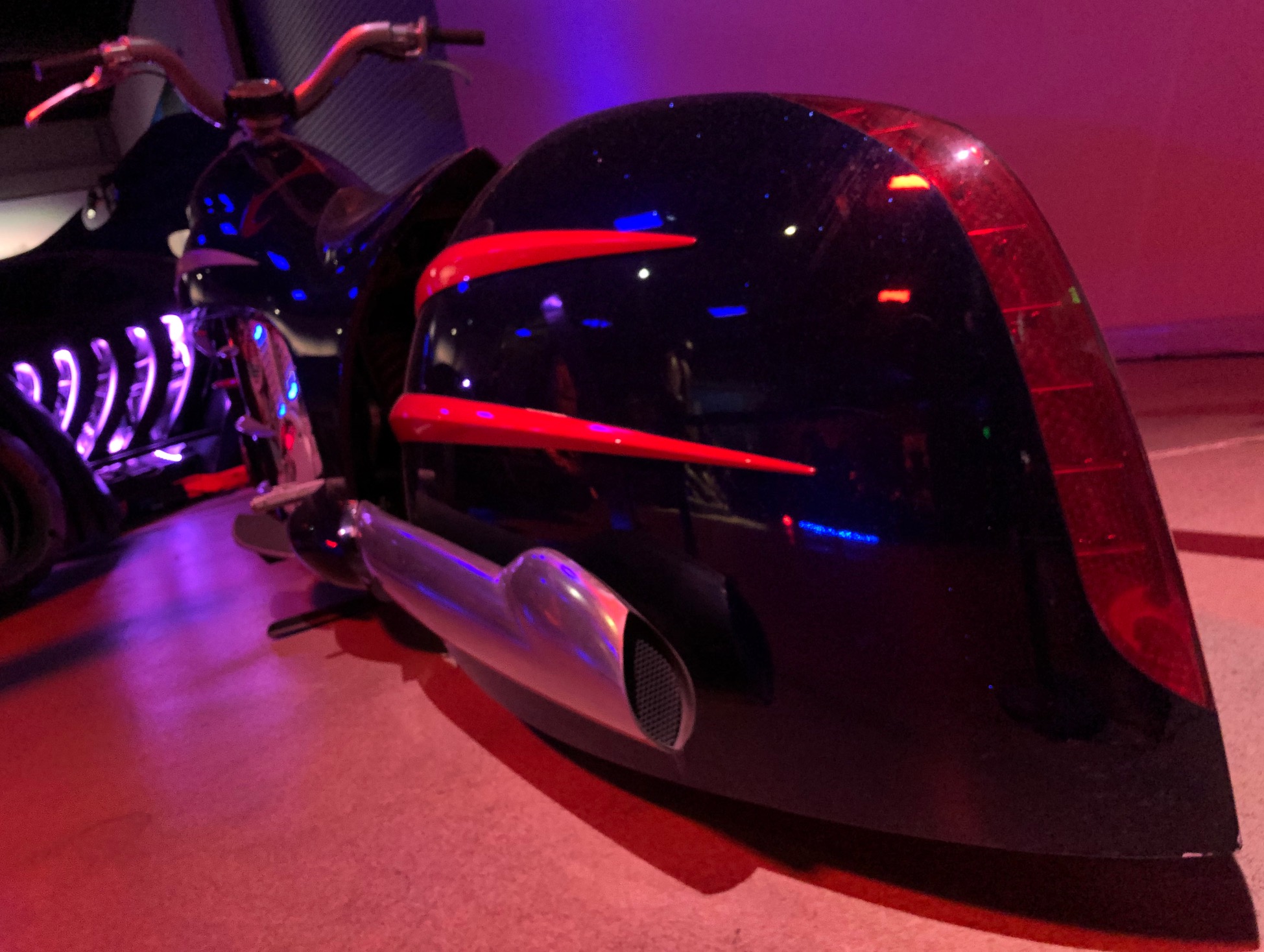 When I stayed home from school sick as a kid in the 1980s, I would watch and re-watch the same VHS tapes that my parents owned. All of which were much more enjoyable than watching whatever crap soap operas that were on in the middle of the day. Two of my favorites were about Spiderman and Captain America. I can say with my most hipster attitude that I loved the Marvel Universe long before everyone else thought it was cool. Both had these spandex suits and neither had Superman’s ability to float through the air, but Captain America had a cool motorcycle with which he popped wheelies and power-slid right into my heart. He was indestructible , fast, and way too awesome.

Not many people had motorcycles around me growing up. I figured all motorcyclists as these death defying, free spirits that moved about the city at their whim. What a perfect way for your favorite meta-human to chase the baddies, than on two wheels – potentially outfitted with great gadgets to push the odds in your favor.

Hopefully, you will forgive the geekiness showing above, as I was very excited to go on the studio tour at Warner Brothers. There were many cool things to see, but my favorites were the various vehicles on display. We were even able to catch a glimpse of two cars from the Amazon show, Good Omens, as they were being worked on in the garage.

BUT this is a motorcycle blog, I want to share a few of those on display that caught my eye.

Located in the WB Museum is Steven Trevor’s motorcycle from Wonder Woman (2017). It looks to be circa 1900-ish single cylinder moto with some minor alterations. After a ton of Googling, I could not find similar, but share if you know what manufacturer it may have originated from. The movie still in the background is included in the shot, as it is obviously an entirely different ride with cosmetics to make it look similar. Riding on the short spring front end is probably much less forgiving than the fork shocks and it seems having front brakes was a better safety choice for the actor. 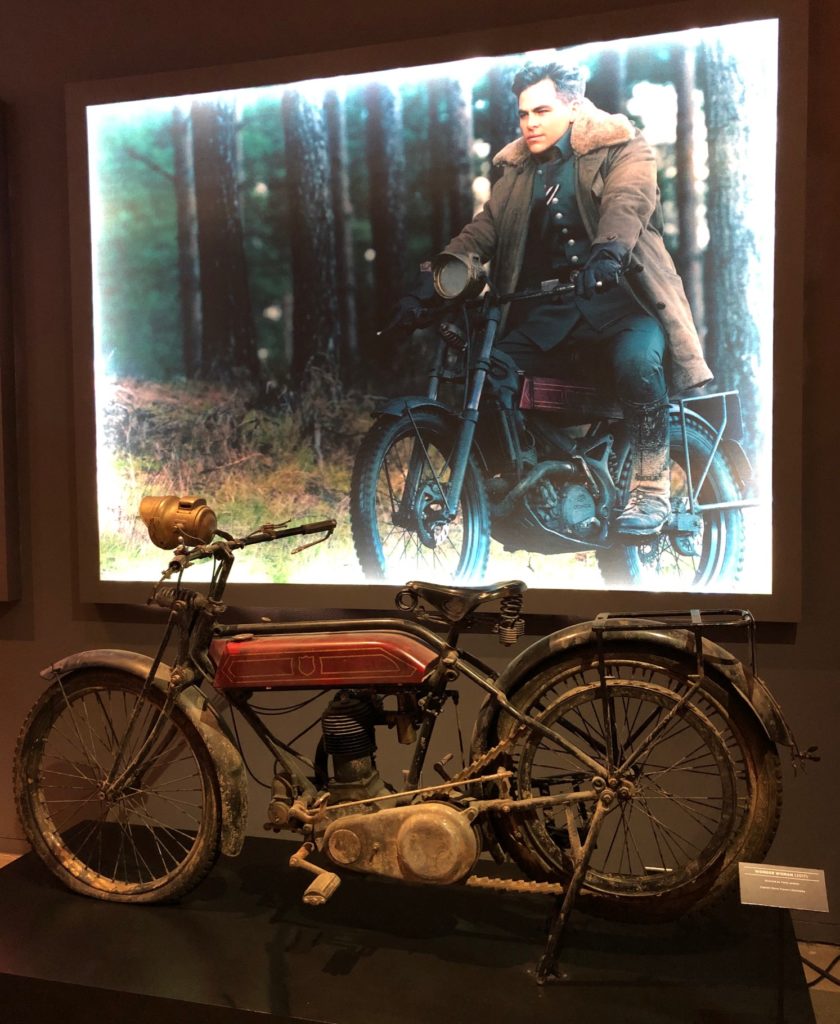 The Batman movie series has its own warehouse on the WB lot for vehicles used. I will say that the 1997 flick, Batman and Robin, was one of my least favorite of the Bat-series. From inside the Bat-warehouse, there are two rides from that movie that also remain low on that list of likes. BatGirl, played by Alicia Silverstone, rode the silver and gawdy mobile, complete with blacked out windscreen that is impossible to see through. 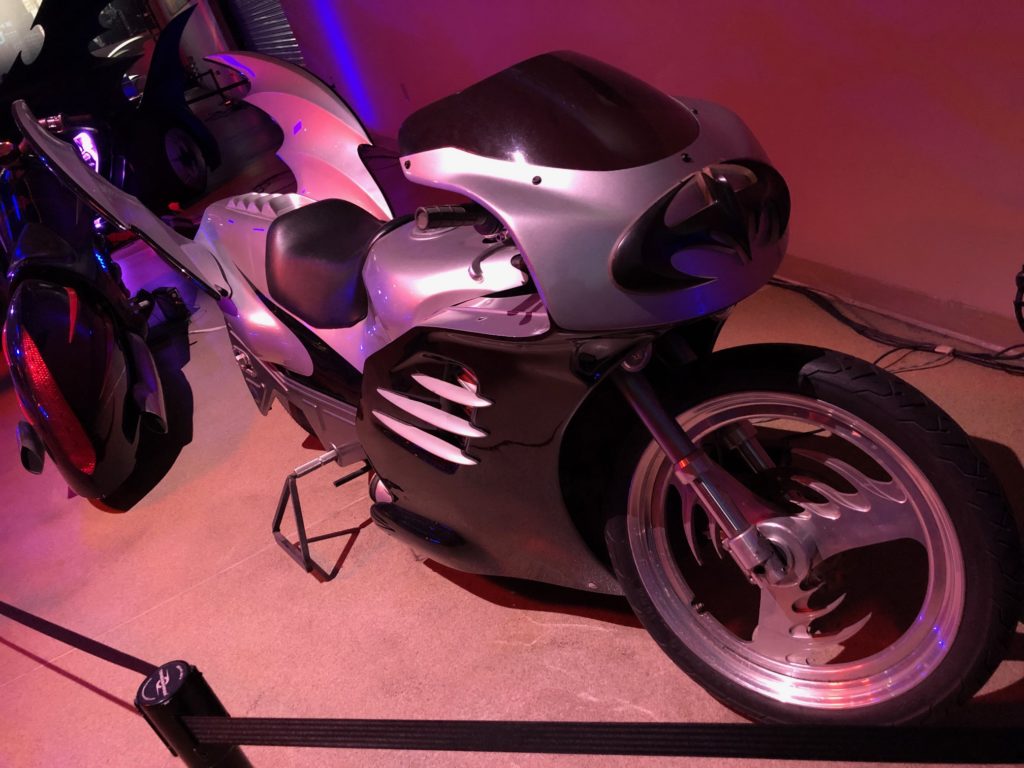 From the same movie is Robin’s ride, which may have notoriety attached to it. Someone relayed to us that Chris O’Donnell allegedly crashed the bike while riding on set, which may have changed the limits for actors riding or driving in certain instance versus a stunt person. 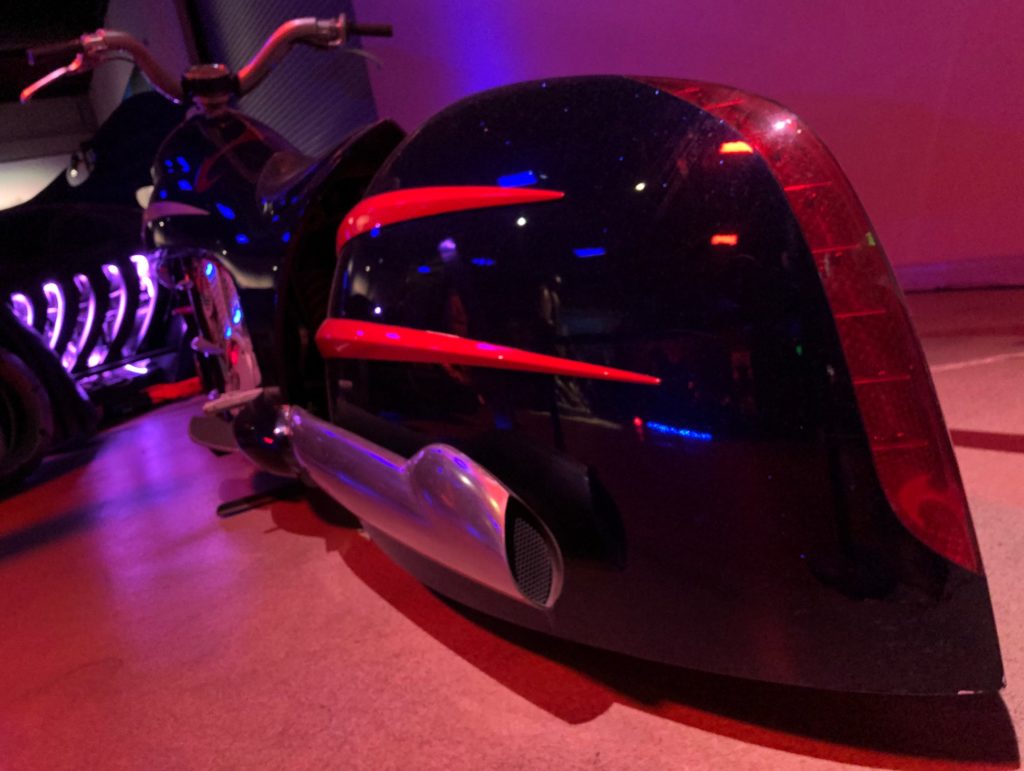 Last one I will share is a fan-favorite from The Dark Knight (2008). For the regular motorcyclist, riding this seems like it would be odd and uncomfortable. On the other hand, the big screen is a perfect fit for this big-wheeled behemoth that articulates in ways no other does. Those big ol’ forward facing guns will be sure to get people out of the way or lay down their arms. 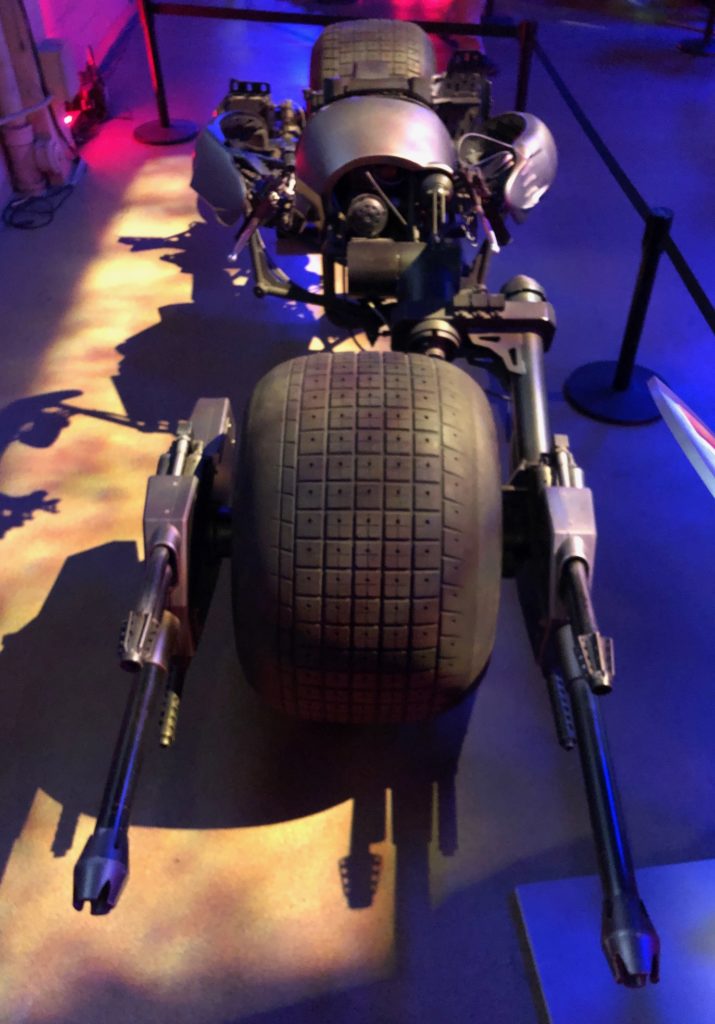 It was awesome to see some screen vehicles and have a close look at what sort of things were done to make it look how it did. Hope you enjoyed the share!