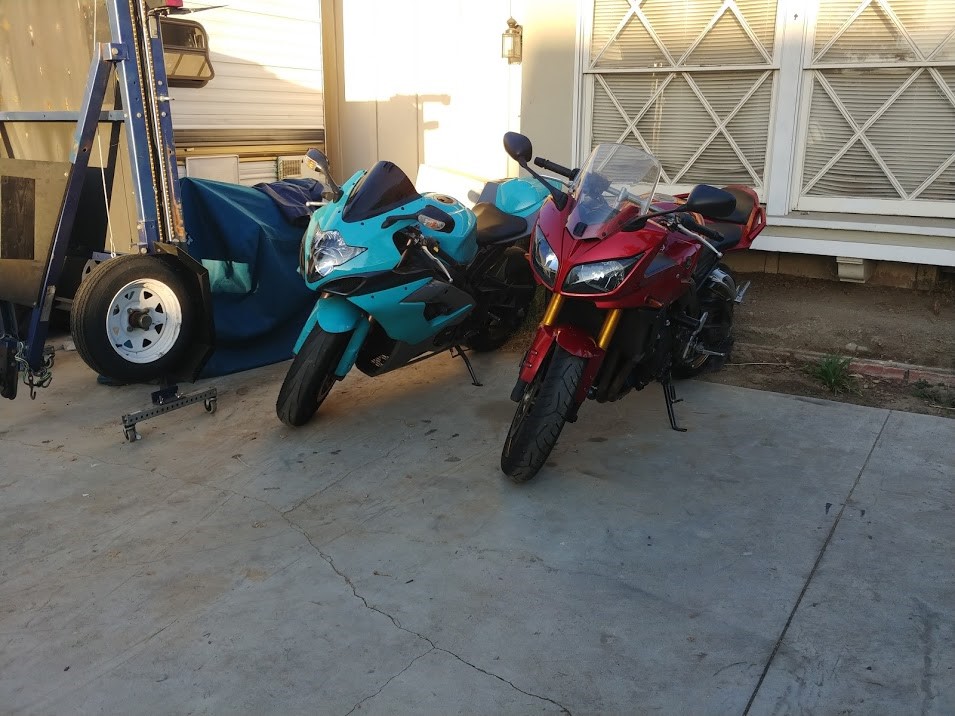 I started my new bike search in the same way any proper enthusiast would – browsing Craigslist during a conference call at work. My laptop screen quickly became a collage of motorcycles dancing to the background music of TPS reports and lame buzzwords like “synergy” and “ideation” and “dammit Richard pay attention!”

Nevertheless, by the end of the first hour of research, I had established two key things:

One: The H2R simply doesn’t work as a good commuter bike – the wings make it too wide for lane-splitting, and it’s also not street legal.

Two: My boss was as eager for me to get a new bike as I was. He told me “If you don’t get this project done by Monday you’re fired!”

Properly motivated, I knew it was time to double-down on my efforts. I plugged my laptop into it’s docking station, and within moments I had Craigslist, Facebook Marketplace, and Ebay tabs whizzing around my monitor faster than you could say “who the hell still has a Facebook account?”

Unfortunately for you, video montages don’t really translate to text all that well. But just for the sake of it, picture me intently staring at a computer screen, a small bead of sweat trailing down from my temple as my fingers fly across the keyboard like some crazy hacker man from a Hollywood movie. Reality was nothing like that, but picture it anyway, and remember that television adds 10lbs – that double chin you’re seeing is just a figment of your imagination, I’m not that fat.

I am happy to say, though, that after hours of agonizing research and two whole cups of coffee, I had managed to narrow down my choices to two bikes:  A Yamaha FZ1, and a Yamaha FZ1. Bear with me – I know that’s a lot to take in, but let me explain the decision.

First and foremost, a FZ1 has a de-tuned Yamaha R1 engine – not quite as exciting as an actual R1, but a few mods should help us get back to cruise-missile status.  Secondly, the FZ1 is a total grandpa bike – it’s got upright seating, fairings, a big windscreen, squishy suspension, and a padded saddle. What more could you ask for? (Don’t answer that question – it’s rhetorical – yes we all want a mounted paintball gun to shoot at distracted drivers, get in line).

Lastly, and most importantly, I found a cheap one locally.

So, bright and early on a Saturday morning, I woke to my alarm at 3 p.m., and made my way across town to take a look at an old pig of a bike.  She’s got high miles, a leaky fork seal, rough idle, vacuum leaks, dents, dings, scratches, and roasted tires.

In other words – she’s perfect.