I had a lull from track days in the middle of this year. Between our late-June weekend at Thunderhill Raceway and mid-August event at Sonoma Raceway, I didn’t do any track days, making for a very idle Dennis.

A Glimpse into the [Moto] Future

Dorna held the inaugural race for their new support class – the MotoE World Cup – during the Sachsenring Grand Prix in early July. It’s a spec-class series with all riders racing on the same electric sport bike, the Energica Ego. The Ego itself has been in production and distribution since 2015, with Energica laying claim to their bike being the first production sport bike in the budding electric motorcycle market.

I was left impressed watching the MotoE bikes in action. I didn’t know about Energica or the Ego prior to that race but suffice it to say that first viewing prompted me do a search about the Ego and whether it was already state-side. To my pleasant surprise, not only was the Ego already in distribution in the US, but a local dealer (CalMoto) was already an official dealer for Energica. I ended up submitting online requests to both the dealer and Energica’s US division to arrange for a test ride, and representatives from both were quick to respond to my request.

Within a week of watching the first round of MotoE, I found myself sitting on top of an Ego.

A Taste of the [Moto] Future

I had never really ridden an electric motorcycle before. The most riding I’ve done on one was when a friend who worked for Alta Motors lent me one of the company’s electric dual-sports to ride  around the block. It was some experience, but probably nothing compared to having carpooled with a friend who owned a Volkswagen eGolf that I drove for a few weeks. That brief but significant time with an electric car was my first foray into full-fledged electric vehicles and was enough to convince me that the time is now to get into e-cars, but not quite yet for motorcycles. Test riding the Ego, I was curious to see if it would finally usher me into the era of electric motorcycles.

And boy did it do just that in a rush.

Part of the reason it took the Ego to get me to even test ride any electric motorcycle was because it’s a sport bike. I love all things two-wheeled but deep down my heart gravitates towards the sport types. And while the Ego isn’t the first electric sport bike made, with the likes of the Mission RS and Lightning’s LS-218 preceding it, the Ego was the first to be offered at a much lower price point by the time of writing this. At around $22,000 MSRP, the Ego may not be entry-level priced but is certainly more affordable than the other electric sport bikes (or super bikes) I’ve already mentioned.

And while riding the Ego, I couldn’t help but be surprised at how familiar it felt. Despite being the evolution of motorsports, Energica did well to make sure the Ego didn’t feel foreign to me, even at first try. Even with the fundamental differences from a regular internal combustion-engine (ICE) sport bike – the lack of noise, some controls, motor characteristics – I adapted easily and quickly to riding the Ego. Even its 600lb (!) curb weight disappeared – like all anticipated concerns I may have had about an electric sport bike – as soon as we were in motion. The Ego was unlike any other ICE sport bike I’ve ever ridden, and yet it rode exactly like many that I have. 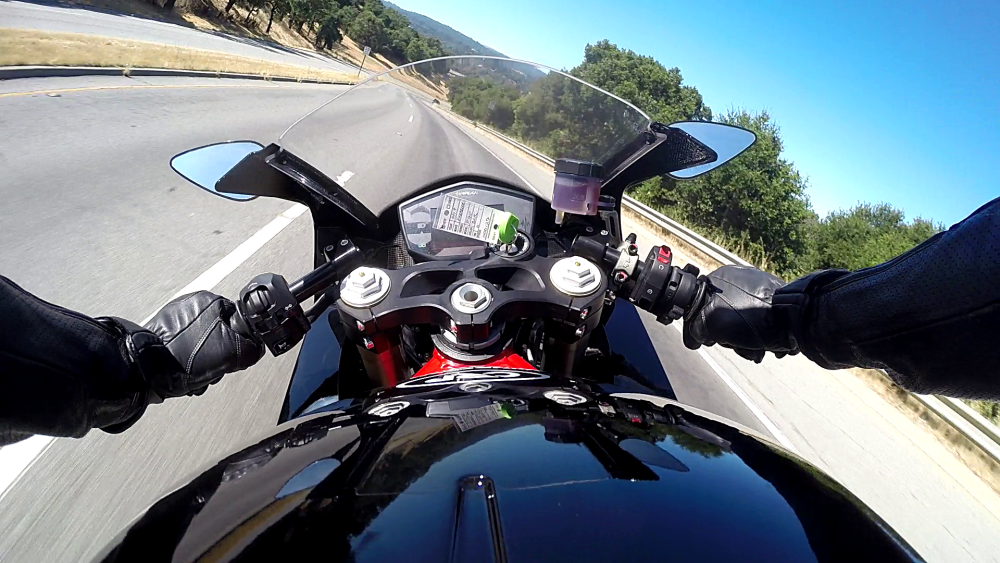 I went home from that first ride severely wanting one in my garage. I put my MV Agusta F4 up for sale to make room and made further financial moves to make it happen. I was already convinced that electric vehicles were the way to go for daily use, which is what I also had planned for the Ego and for which I am certain it is more than capable of tackling. As a sport machine, I couldn’t help but be excited to try the bike out on track as well, and I wanted to bring one out as soon as I could.

I have no misconceptions about an electric sport bike replacing my ICE track bike at this time. Despite the industry having made significant strides in the range of electric batteries for certain uses, I fully expect the Ego to need to be charged throughout a track day a lot more frequently than my ICE bike needs to be refueled if I want to ride the Ego more than a couple of times throughout a track day. So it isn’t’ quite ready to replace my R1 yet, but I can bring both to ride during a track day.

But it’s in this comparison that I have a final reservation I am struggling with at this point.

After returning to the track for the first time since riding the Ego, I found myself watching a plethora of ICE sport bikes roll out to the track. Some are worth just as much as the Ego, while others were worth less. But the one thing all those bikes had in common was how easy and ready they were to be brought to the race track and be thrashed around without needing anything else other than a few gallons of fuel to get them through the day. The Ego at this time still needs a few more concessions to make it useable at the track, and even then, I can’t expect it to last a whole day without some conservative riding on my part.

The Ego isn’t quite there yet as far as “turn-key” operation at the track, and while I understand I may not be the norm as far as potential buyers for the Ego goes, the fact is if I spend $20K on a sport bike I fully intend to get my money’s worth both off and on the track. And while I gravitated towards the Ego because of its sport capability, at its price point, the truth is there is still some sacrifices to make when it comes to using it like its ICE counterpart, even for just half the capacity.

So at this time I’m still left wondering if the electric sport bike market is ready for the likes of me. Part of me feels that the industry is making strides, so it may be a steep price to pay now to be at the forefront of innovation. Or I could wait a little longer until the likes of Energica’s Ego come closer to meeting all of my needs.

But waiting means idling, and it’s when I’m idling that I find myself wanting most.