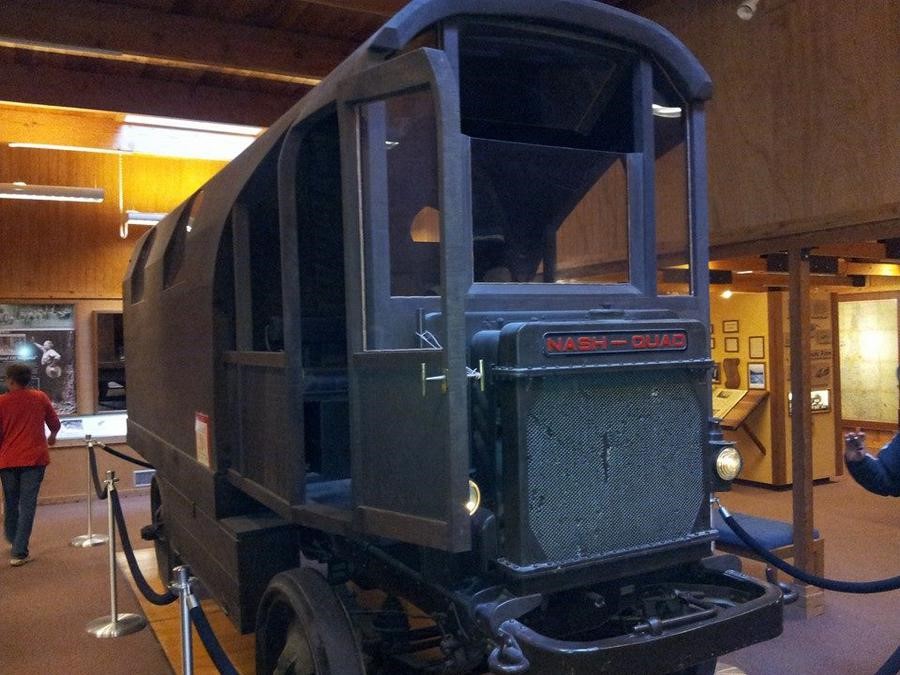 Motorcycles are the most amazing curiosity enablers.  When I’m out riding, I see things all the time that pique my curiosity.  I wonder: “where does that road go?”  “Man, that restaurant smells great!”  “What kind of car is that?”  “What’s in that museum?”

These questions come up all the time in riding.  Rather than idly wonder, then forget about the question, motorcycles make it easy to find the answer.  You could just ignore it and keep going, like I have done so many times in my car.  Or, you could take advantage of the freedom of motorcycling to find the answer, and have the experience enrich your life.

Here are some examples of my own experiences of serendipity when I’ve paid attention to curiosity.  Add a few of your own.

One beautiful summer evening a few years ago, I was riding to meet up with some friends on the other side of the county for pizza.  There are lovely back roads between here and there, and my MZ Skorpion Sport Kup was my willing collaborator in thoroughly enjoying the evening.  Rolling up out of a turn, I saw a low and distinctive looking sports car coming the other way.  “What could that be?”, flashed through my head, followed by, “Holy crap, that’s a C-Type Jag!”

I could not believe my eyes.  It was the first time I had ever seen one in the flesh.  I had never even seen one in a museum, and here was one being driven con brio in rural Northern California.  If you don’t know, Jaguar was dominant in LeMans racing during the 50’s, and the C-Type was the factory race car of the early part of that decade.  For those born a little later, this would have been the equivalent of seeing a 917  or 962 on the street.  I had to investigate!

I turned around the see if my eyes had told the truth, but the driver of the Jag was out having a good time.  It took seven or eight miles of pursuit to reel him in, but the bonus was that I got to listen to that booming inline six jag motor as the driver went up and down the gearbox as we played follow the leader through the East Bay Hills.

When we got to a traffic light, I pulled up and asked him about the car.  He obliged and pulled over to the side of the road to give me a tour of his pride and joy, a car that had been raced at LeMans before getting shipped to the US.  It was a stunning piece of mid-century engineering with a hand-hammered aluminum body, and triple Webers feeding that six.

A few years later, out on the Marin coast a similar scenario involved a Vincent Rapide being ridden rapidly between Tomales and Dillon Beach.  Just as with the Jag, part of the joy of chasing the bike was getting to listen to that thunderous V-twin echo off the coastal hills as I chased it.  The Vincent owner never did pull over to chat, but the pleasure of seeing that great old performance bike being ridden with intent was enough to make the disruption of my schedule more than worthwhile.

Joys aren’t limited to other vehicles.  Sometimes those roadside attractions really are worth stopping to see.  Friends from Brazil were in town to ride, and we had a big, multi-day loop planned that would take us almost to Oregon as we explored the back roads of a thinly populated part of California.  Up beyond the Redwood Curtain, we were exploring when we saw a logging museum.  Logging has historically been a big industry in that part of the state, and the out-of-town guests were keen to see it, so we stopped to investigate.   Where else are you going to see a WW1-era vintage truck chassis with a huge redwood log on top that had been hollowed out to make an early motor home?  You’ve got to stop for these pleasures, otherwise you’ll just never know.

Sometimes the opportunity is just saying “yes”.  On my first visit to the Isle of Man, I had passed by the turn to my hotel when coming off the ferry.  Rather than throw a U-turn right there on the promenade, I decided to go up the road and buy some gas before heading back to the hotel to check in.

Pulling into the gas station at the next major intersection, I noticed lots of motorcycle activity in the area for a weeknight evening.  Just as I was wondering about that, one of the locals came tearing up, stopping inches from my rear wheel.  He pointed at the California plate on my bike and said, “I see you’re not from around here.  Do you know what’s going on tonight?”

“Tonight’s the Joey Dunlop memorial ride.  Want to ride a parade lap of the mountain course?”

My new friend asked me if I knew how to find the pits, and I told him that I’d watched so many TT videos that I bet I could find it.  It also helped that every motorcycle within miles was heading there.  After paying for the gas, I wasted no time in following the crowd to Glencutchery Road to the 500+ bikes that were in the pits waiting for festivities to begin.

It took a few minutes to find place in the multitude where I could slot the bike in, and at first didn’t pay much attention to the older Honda in Rothmans’ livery parked next to me.  After removing my helmet, I began chatting with the owner, Graham, and it was only then that I noticed that the little Honda in Rothmans’ colors was an NS400R, a two-stroke, V-three that Honda built to commemorate their GP success on the NS500.  Holy smokes!  Never officially imported into the US, this bike is like hen’s teeth!  Graham was as interesting as his bike, and riding my first ever lap of the mountain course with 500+ of my closest friends, news cameras, and crowds of onlookers, was even more interesting.  All that from saying “yes”.

I could go on with stories of new friends made, great meals enjoyed, amazing roads discovered, and astounding machinery drooled over.  The point is that by giving ourselves permission to step outside of our plans, to be less goal-oriented, and to take the risk of reaching out to a stranger, we make it possible to greatly enrich our ride and our life.  Say “yes” to the freedom and flexibility that riding motorcycles can bring, and see what adventures open up for you.