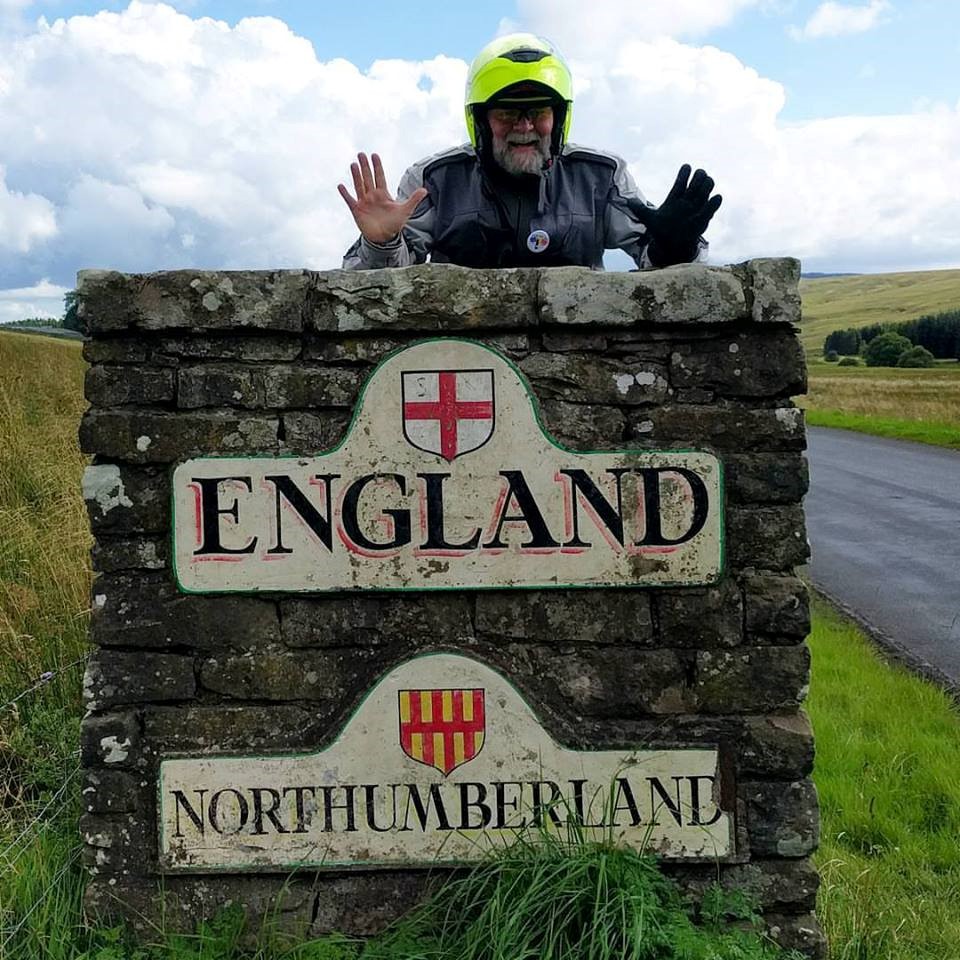 Once I arrived back in Nice, I found the condo we had rented in Villefranche sur Mer, and headed to the airport to collect my wife who had just flown down from the UK.  End of story, right?  Not quite.  It was hot and humid in late July down on the Med, and our condo had no air conditioning.  We couldn’t sleep, and couldn’t even get dry after a shower.  What to do?  The condo was a sunk cost.  Our options were finding an air conditioned hotel room in Nice, or head back to the Alps to get out of the heat.  The choice was obvious.  We had four more days on the rental contract before the end of the trip, so we made the most of them by heading back up to enjoy the sights two-up.  Four more days on some of the most beautiful roads with the most spectacular scenery you can imagine.  What’s not to love?

When it was time to come back, we rolled back into Nice to return the bike, and my little excursion down the road on the Col du Mont Cenis cost me.  One look at the scuffed-up bodywork and pipes lost me my deposit, and it was all worth it!

A few years later, the captain of the UK team came to visit me in California, and we spent a week riding everything from Santa Barbara to the north. 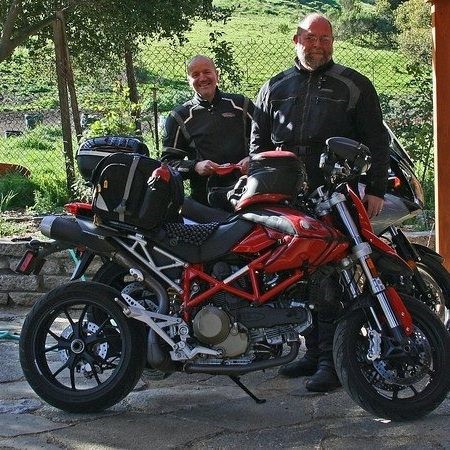 It was during this visit that I learned that Colin was being treated for a rare form of cancer, and it was a reminder to never assume tomorrow is guaranteed.  I wanted to ride the Alps with Colin again, and now I knew how to make it happen.  It seemed like the best way to make sure it happened was to invite others to come along, and then I would have to make it happen, so I put up a group ride on bayarearidersforum (AKA: BARF) inviting others to come meet up with us in Nice, and we would take them on some of our favorite roads from the Centopassi.

We ended up with about eight riders, and everyone had a pretty epic time.  So epic that we did it again the next year in 2011.  That year included doing a fundraising challenge to support a charity that funds research into the type of cancer Colin was fighting, gastrointestinal stromal tumor.  In seven days, I crossed the 10 highest paved passes in the Alps, plus as many others as I could manage.  The total was 37 unique passes in 6 days of riding.  It was a great week, and as it turned out, it was Colin’s last visit to the Alps, as the cancer overtook him in November of that year.  Even close to the end of his life he was still one of the fastest, smoothest, and classiest riders I’ve ever ridden with. 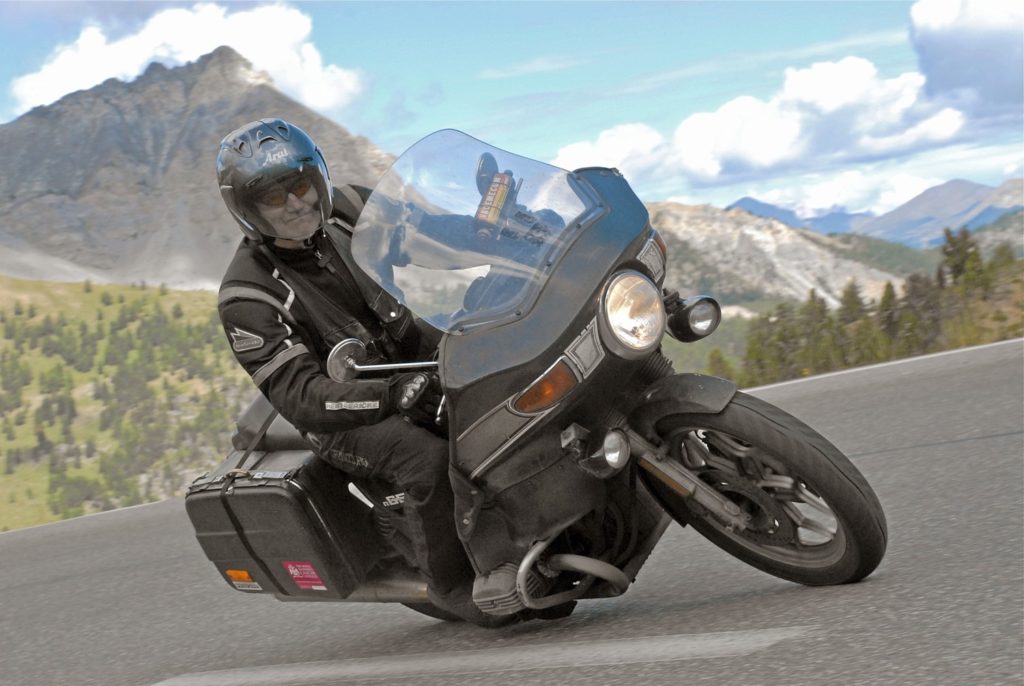 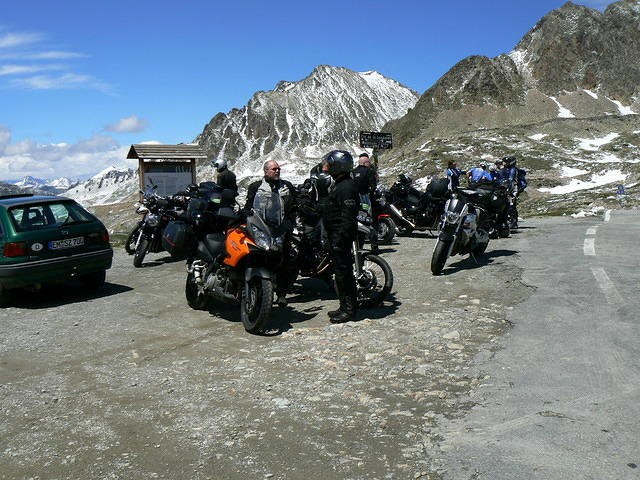 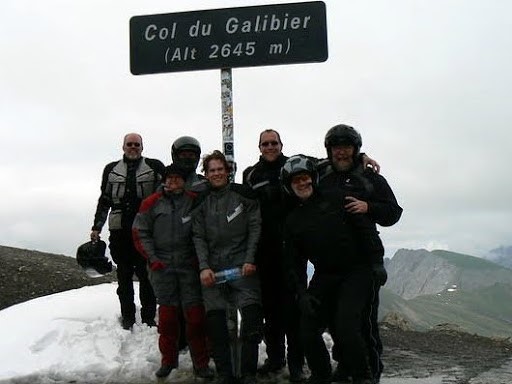 Another change that happened in 2011 is that I realized I wanted to ride in Europe as often as possible, and that renting bikes was costly, so I shipped one my bikes to Europe, where it has lived ever since.  This was the bike I rode over all those passes back in 2011.  It was also my platform for a 7-day tour across rural France that same year.  It went back to the Alps again in 2012.  Since then, it’s been all over England, Scotland, and Wales, plus three trips to the Isle of Man. 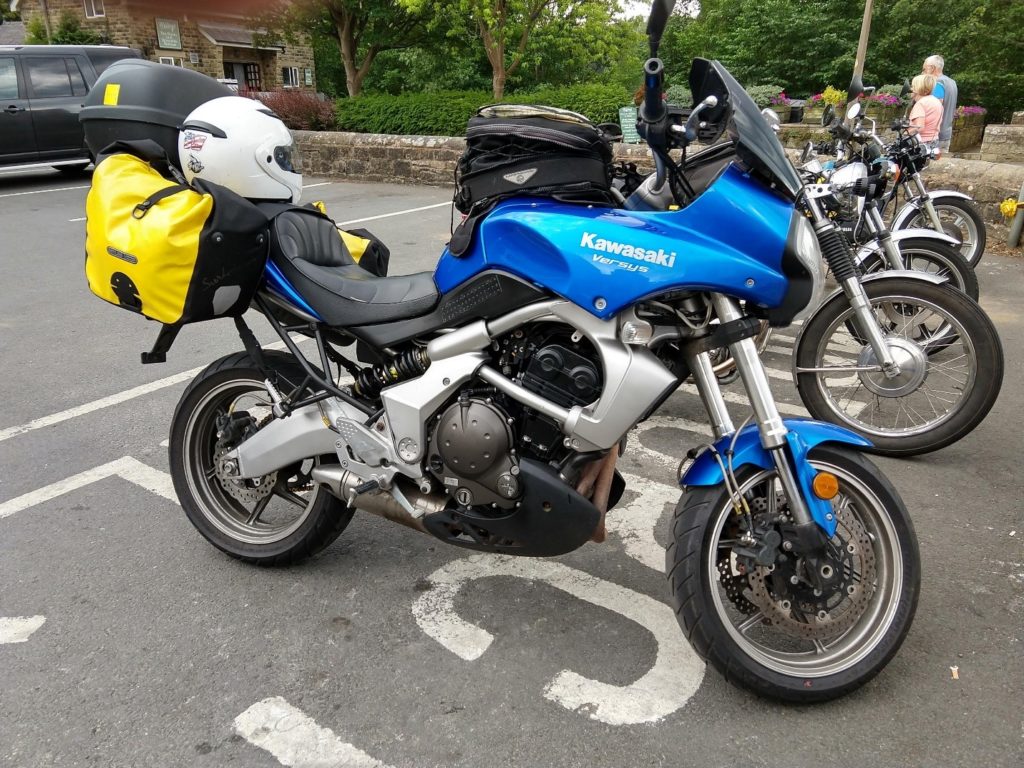 Buying and shipping that bike has been one of the smartest decisions I’ve ever made.  It’s been my eager collaborator in many adventures, riding great roads, meeting new friends, and having loads of fun. 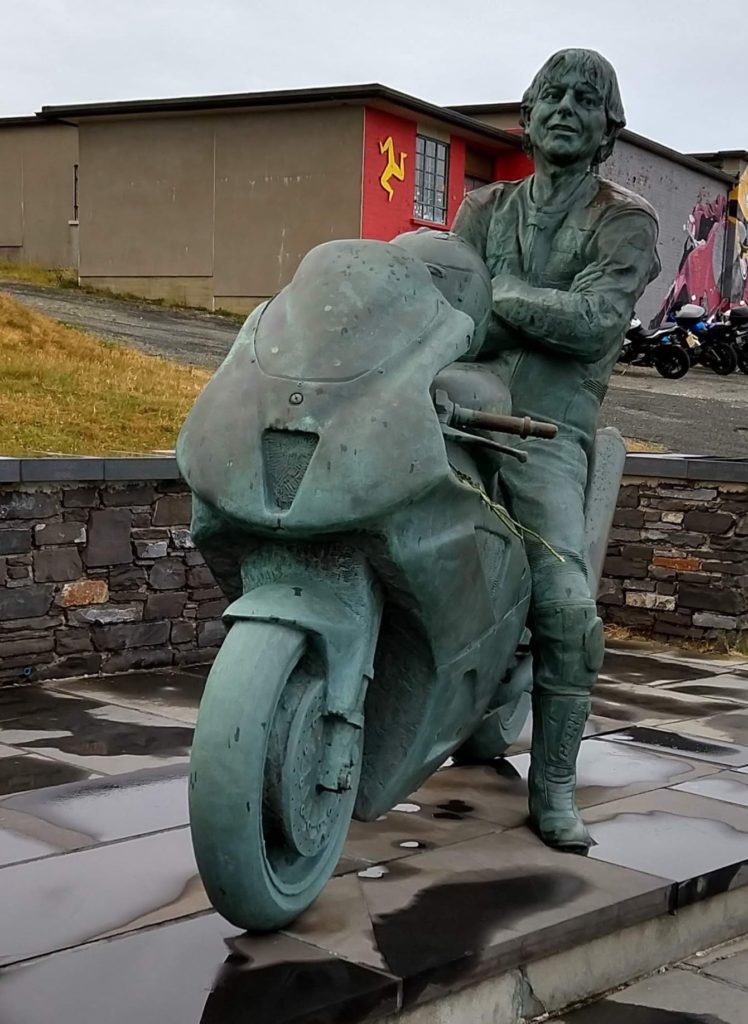 What should you take from this story?  Step out of your comfort zone!  Try something you can barely imagine!  You will be amazed at the results!  New experiences, new skills, new friends, new memories.  Step into your dreams, large or small, and live them out.  You will regret it if you don’t!