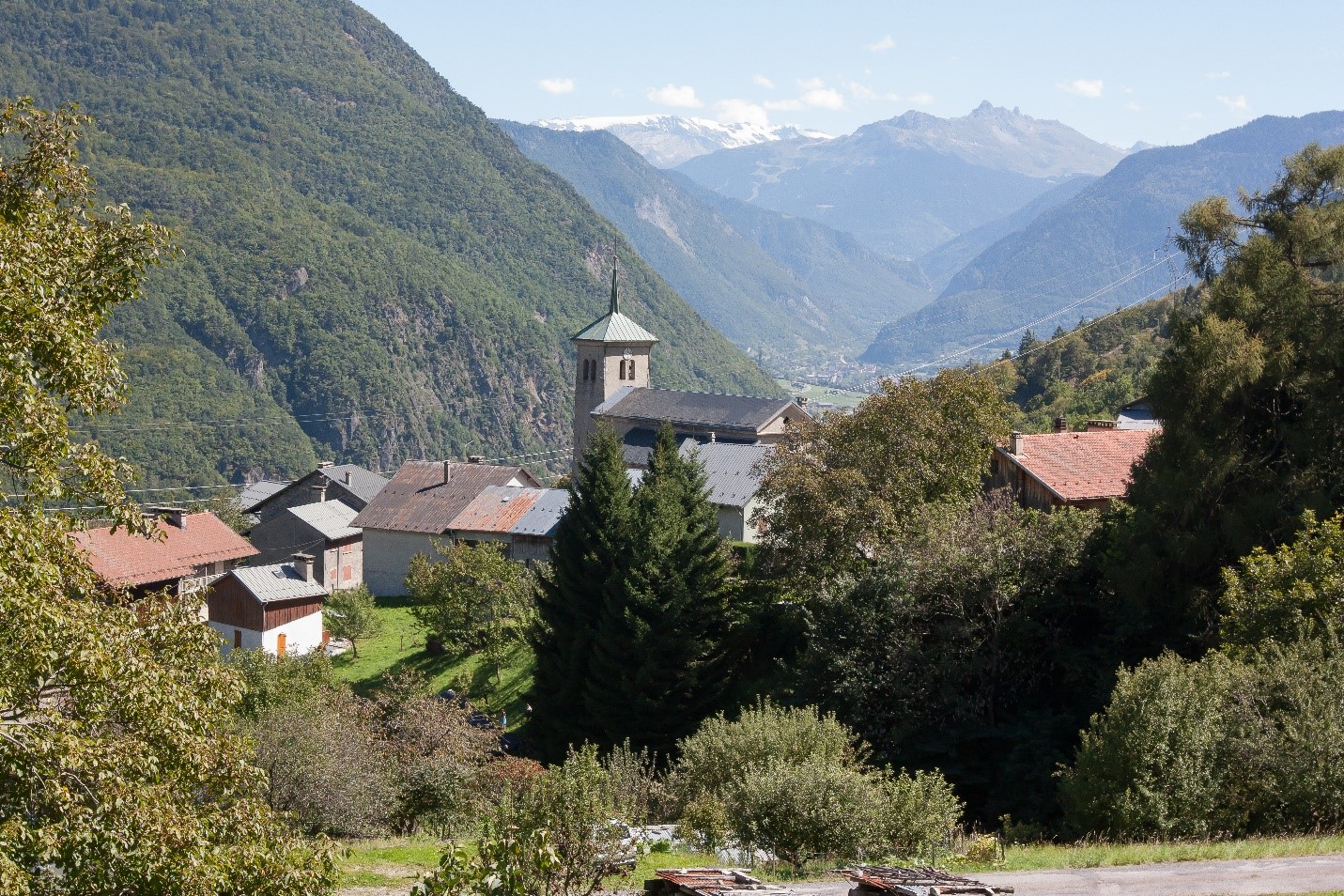 Breakfast on day 3 was made extra fun by being interviewed by a journalist with UK’s Motorcycle Sport & Leisure.  Such are the perks of being the only American rider in competition – I was easy to interview.

Day 3 promised to be the biggest day in terms of total distance with a total of 428 kilometers on the route, and we were raring to get going.  It seemed like we had found our rhythm as a group, with Dom knocking on the door of the top 20.  We had added a fifth rider who had come from the ranks of the tourist class, and whom Colin had invited to join us.

Day 3 also promised some of the true legends of the Alps.  After a few lower passes, we were welcomed to one of the truly great alpine passes, the Col du Galibier, the sixth highest paved pass in the Alps, and one of the most technical.  It’s also a staple of the Tour de France, and host to many legendary feats of bike racing.  But don’t for one minute think this is the only challenge on offer for day 3.   The day would drag us over many great passes, high and low.  We would be making our way over other greats such as the Col de la Madeleine, the Col d’Iseran, and more.  It promised to be an epic day.  Looking back at the roadbook now, it’s a little hard to believe that we had so many tough passes in one day.

As we moved into the day, it became clear our new addition was not accustomed to the way we were riding.  Colin was patient in his coaching.  I was less patient, with dreams of a top half finish still dancing in my head.  We managed to make okay, though uneven, time as we moved north through the Alps in the general direction of Switzerland.

Those of us in the back of the group got a little impatient in places where Colin had managed to pull a gap out on us, and David and I made an overtake of a truck that might have been a little on the ambitious side.  About thirty seconds after completing the pass, I heard a siren.  Looking in my mirror, there were the flashing blue lights of a motorcycle cop.  Oh crap!  What’s going to happen now!?

The officer pulled along side me on the highway, turned towards me and shook his finger vigorously, as if to tell me that I had been a very naughty boy.  Then he accelerated up to David and did the same.   And just like that, he was gone.  I guess that counts as an official reprimand.  With a sigh of relief, I was all too happy to take it.

As my heart rate came back down, it became increasingly clear that something wasn’t right.  We hadn’t seen any of our fellow competitors for a while.  Colin noticed, and he pulled us over to look at the map, the roadbook, and the GPS, and try to reconcile where we were with where we needed to be.  We were stopped on the shoulder just outside of a lovely village that wasn’t referenced in the roadbook, but with a name that became the source of many jokes.  Yes, we had arrived at Pussy. 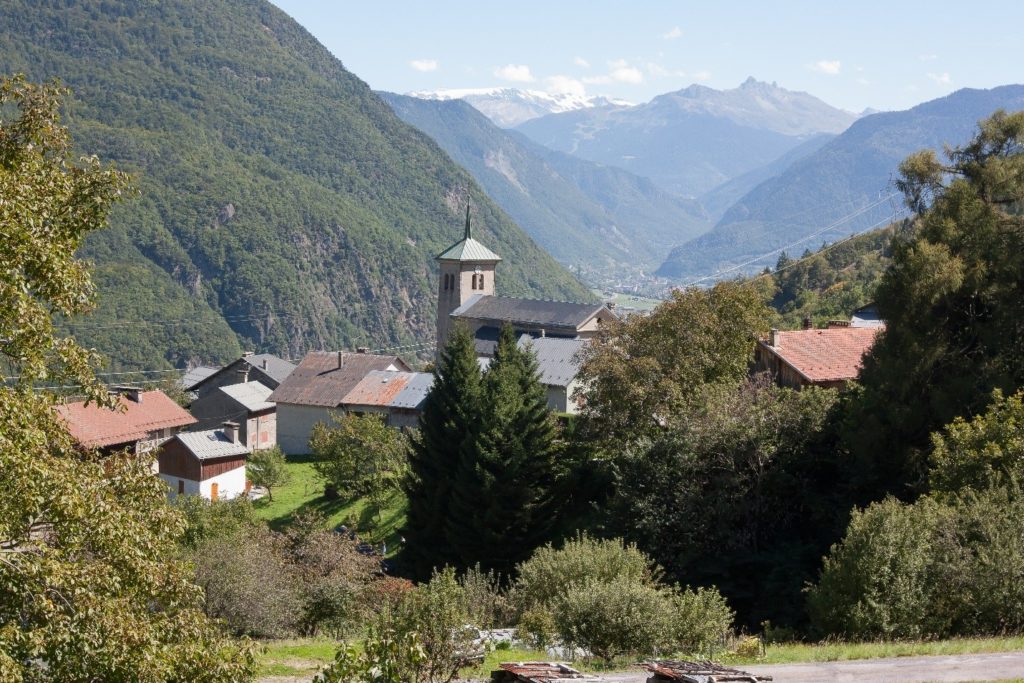 By the time we had figured out where we were and where we needed to be, we figured we were way behind on time.  Now my anxiety picked up, and with it, the pace.  We headed towards the legendary Col d’Iseran, the second highest paved pass in the Alps, and began the very technical climb towards to the top.  As we ascended, the afternoon storms began in earnest.  First, came the smell of rain, followed by a sprinkle, followed by high winds and a deluge.  “No problem”, I thought, “I’ve ridden in worse.”

Just about then, worse arrived.  We passed the summit, far above the tree line, when we first saw lightning.  There was no cover unless we turned back towards the refuge at the summit (smart move), or we descended as quickly as possible to get down to where cover could be found below the tree line (dumb move).   To remain consistent with the quality of decisions we had been making all day, we chose the latter course of action.  That’s when it began to hail.

Despite our poor decisions, we all made it down from the Col d’Iseran without incident, though a bit spread out.  We regathered at the turn towards the Col du Mont Cenis, the route that would get us back into Italy.  We realized that we had been a bit silly with out urgency, and the most important thing being arriving back in Bardonecchia intact.

With that, Colin began leading us down into Italy at a steady pace.  I was feeling grateful to have survived the prior pass, and for the new tires that the rental agency had put on the bike, and I began to relax as we rode down the hill.  It was just in this moment of calm that I saw Dominic’s BMW began to slither on the road.  His feet came off the pegs, and my first thought was, “He’s going down, and I don’t want to hit him!”

Dom was over on the right side of the lane, so I moved towards the centerline and began to apply my brakes.  Both wheels locked, and I let go of the brakes.  Now, I was no longer worried about Dominic, and my concern was that I was going to crash.  I touched the brakes again, and both wheels locked again.   This is not good.

Surveying the surroundings, we were headed downhill into a right-hand hairpin, and I could not get slowed down.  Looking towards the corner, there was a stone wall on the outside of the turn.  Looking to my left, there was an Armco barrier separating the road from the trees.  There was a small gap between the end of the Armco and the beginning of the stone wall, and I briefly considered the possibility of running out that way and hoping for the best before abandoning that idea.

The best way out seemed to be getting the bike slowed and turned at the hairpin, so it was one more time trying to use the brakes to scrub speed.   The third time was sort of the charm, as both wheels locked, the front tucked, and down I went.  Dom and David said that I had passed them both during this time as they had found the traction to get slowed down – and both of their bikes had ABS, but mine did not.  Those guys ended up with a ringside seat for my binning, and they told me that the bike spun at least a full 360 degrees as we slid down the road, me still on the bike fighting for control.

The bike stopped before I ran out of road, and my friends were with me almost immediately.  Nope, nothing broken.  Yep, everything still works.  We got the bike upright, and straightened the mirrors, and tried to restart it.  It took a moment before we figured out that we needed to cycle the ignition to reset the tip over switch, and once we did it fired right back up.  We also noticed the distinct odor of diesel.  It turns out that we had encountered a diesel spill that because of the rain was both completely invisible and offered the same level of grip as ice.

They asked me if I was okay to continue, and I assured them that I was, so we continued down towards Susa with me feeling some combination of dazed, embarrassed, annoyed, and anxious to get back to Bardonecchia before we “houred out”.   All of this mayhem had not managed to solve our navigation issues, so we got completely turned around in Susa while we tried to find our way out of town.

Riding with these guys for almost three days had been a little like the experience of Nuke LaLoosh in Bull Durham, “Don’t think, meat, it can only hurt the team”, so I had gotten pretty accustomed to doing whatever the riders in front of me were doing, and this was no exception.  When Colin led us through the gate of a cyclone fence on the edge of a construction site, I followed.  When Colin led us up a stone ramp into the area of construction, I followed.  When Colin turned us onto a narrow passage between two stone walls, I followed.  It was then that I looked back over my shoulder at a sign in Italian.  My Italian is almost nonexistent, but it was enough for me to figure out that we were riding through the ruins of what had been a castle once occupied by Charlemagne.  Yeah, we were riding through an ancient castle!

Colin got us out of there before the authorities arrived, and we finally found the route back to Bardonecchia, and rolled into the staging area.  We were so late that special tests were done, and the Italian TV show that was broadcasting from the area was almost ready to wrap up.  The theme of the show seemed to be a couple of guys talking about motorcycles while surrounded by umbrella girls.  We thought maybe things were looking up, and we would be temporary celebrities, cashing in our promised fifteen minutes on Italian TV.  Then they discovered that we didn’t speak Italian, so the models wandered off, and we were left to our own devices.

Having lost maximum points on the day, and not even having participated in the special tests, we were effectively out of the running for any placement.  Our tourist guest decided that riding with us was not less insane than riding with the guides, and we had a decision to make.  Should we push on to the finish on day 4?

My friends from Team UK and I decided that a DNF was not acceptable, and that we would continue, while our guest headed back to the UK.  After beer and dinner, we dragged ourselves to bed to get all the rest we could before the last day.