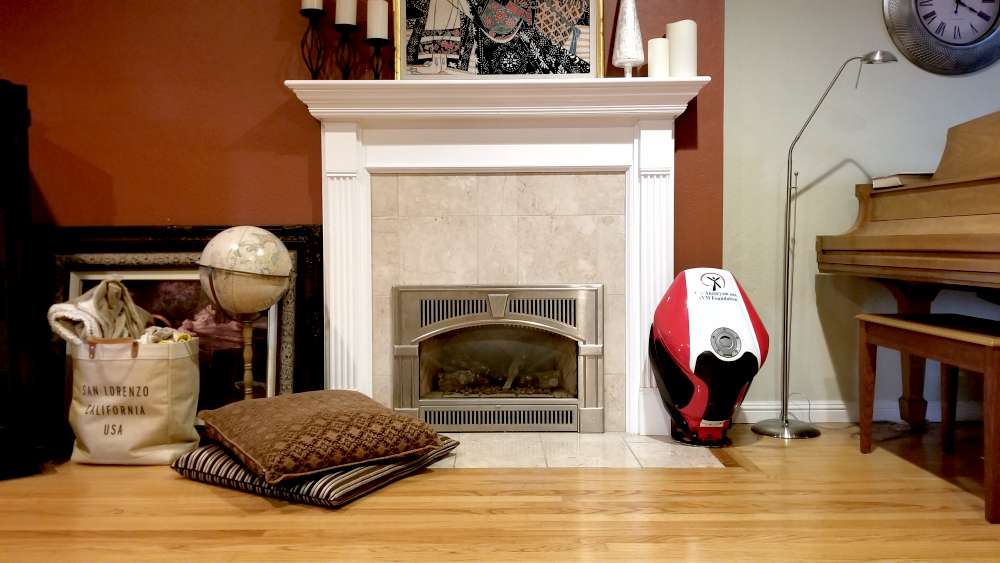 For the longest time I really wanted to put my 2002 R1 inside my house as a personal trophy bike to commemorate all the smiles in the miles I’ve racked up with it. It really does embody a rich part of my riding history, encasing it between its two wheels. Like a lot of personal mementos, it deserved to be preserved as far as I was concerned.

Even my wife knew it was only a matter of time before it became part of our household’s interior décor. We were both just waiting for the day when I would be forced to retire it. So when that day finally came, she even made room in our house where I told her I wanted to finally park the bike.

For few weeks after deciding to officially retire the bike, I worked on cleaning it up for indoor storage. I had planned on fitting it with a new set of race bodywork that would be painted to my liking, but before I did, I wanted to clean the whole bike as thoroughly as I could. I emptied the bike of the oil and coolant, then I worked on detailing it as much as I could. Since I was putting the bike inside my house I wanted no fumes, and I wanted it as clean as any trophy bike could look as possible.

It was during this time that I came to realize something about parking the bike forever.

And it made me have a change of heart altogether.

While I got excited at the thought of seeing the most important bike I’ve ever owned inside my house every day, a very distinct possibility dawned on me: at some point for the rest of my ownership, my 2002 R1 will have been parked longer than I had used it. And knowing the future me, that will come to bug me. It may be one thing to park a bike that simply cannot be ridden anymore, but that isn’t the case with this bike. I chose not to ride it any more. I chose not to fix it when, for all intents and purposes, it’s probably fixable. And I know me. I will be tempted into fixing it eventually, effectively bringing it out of retirement.

But I’ve already moved on, and quite healthily at that. Even now there is no regret in having moved on, but I just know that I am way too fond of this bike to not bring it back when it becomes a daily reminder that it can be. But I don’t want to look back. So really, there is only one way to make sure I don’t ever hop on this bike again.

Part it all out.

There was also another reason I wanted to park the bike inside my house, and that’s the novelty of just having a motorcycle as decor. I look at motorcycles with such artful eyes that while my wife hangs paintings and pictures for décor, I wanted mechanical art. But in the time it took between wanting to have a moto display in my household to now having the opportunity to do just that with my 2002 R1, the truth is I have long achieved the dream.

My garage is a bonafide mancave with motorcycles as the centerpiece, and even our indoor patio houses my vintage Suzuki (along with some of my friend’s motorcycles). It’s not an exaggeration to say that I probably spend nearly as much time around a motorcycle as I do with my children. Whenever home, I always have motorcycles within sight. 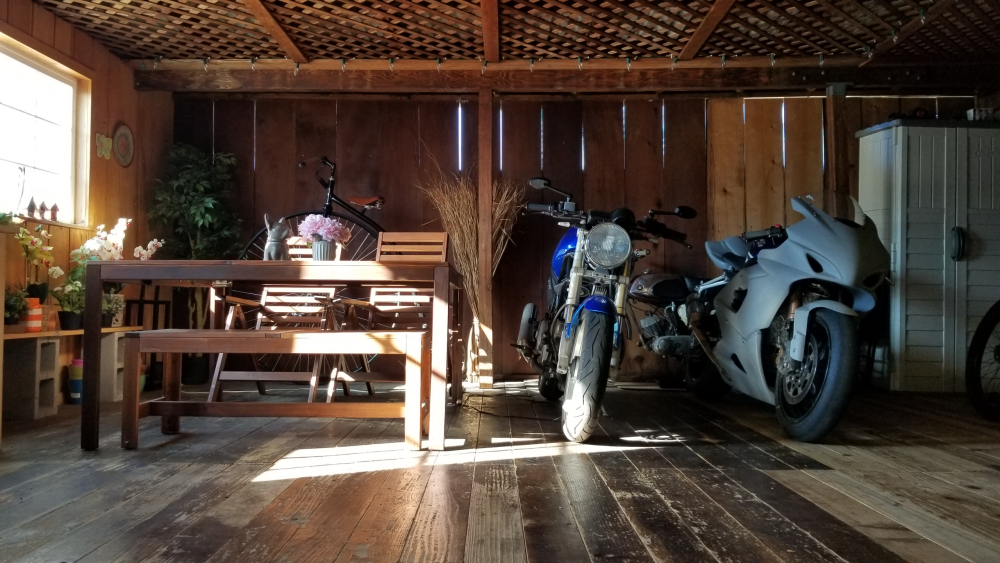 So it turns out, while I waited all this time to finally have good reason to turn my 2002 R1 into motorcycle décor, I already had bikes doing the deed.

As far as parting out my R1 goes, there was already a line of people that expressed interest in the premium parts on the bike if the day came that I would be willing to part with them. If I had to, I knew I could also head over to the R1 Forum for other enthusiasts looking to build up their own bike. As most enthusiasts who build up their bikes would know, the age of the bikes makes it difficult to source aftermarket parts, even in the used market. So I knew that I wouldn’t have a hard time at all passing on the best bits from my bike.

Even my friend Rob – no, not that Rob, the other Rob – wanted to borrow most of the front end of my bike to put on a 2000 R1 he wanted to race. I got a kick out of this one, because awhile back I also thought I would try out club racing with my 2002 R1. I may not be able to do it now with the bike, but at least a friend of mine will get to with part of it, and in the same class I even wanted to try.

So in agreement, I simply asked my friend Rob to do a little fabricating for me. There was one part from my bike that I definitely thought makes for a great memento – the custom-painted fuel tank. Since it was an easy enough project for Rob and he knew the sentiments behind it, it was a no-brainer deal for him.

And I got myself a memento of the most important bike I’ve owned inside our house after all.