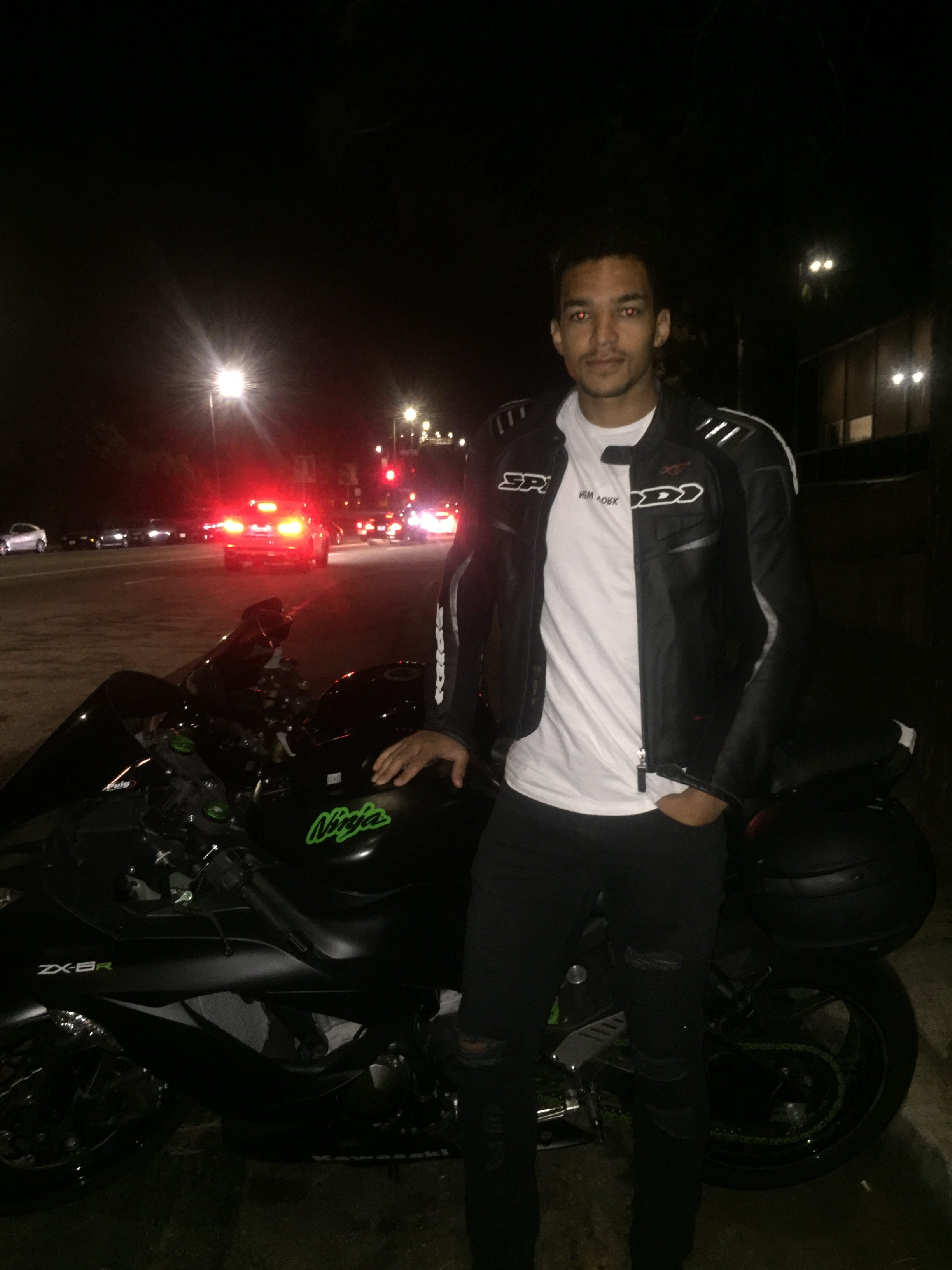 Thanks for joining me again for part three of my chat with Keison. We dive into the riding scene in Monterey, learn his riding motto, and hear what he as to say about self improvement as a motorcyclist. Let’s get started.

T: You said you rode up in Monterrey. Did you have a favorite ride up there?

K: I can’t remember the name of the mountain, but you ride about fifteen minutes out and it’s right by WeatherTech Raceway Laguna Seca, which is a cool spot to just go and see because you can ride into the track, not on it obviously, but around the area. And there’s always different events there. But just being in the mountains and enjoying the twisting roads I liked a lot.

T: How is the quality of the roads in those mountains?

K: I noticed up there the roads were pretty clean. Some of the roads by the farms get really dirty because of the constant equipment they’re hauling across. Obviously, they don’t clean it up, so there’s a lot of mud, dirt, debris, you have to watch out for coming out of the canyons.

T: What piece of advice would you say has helped you the most as a motorcyclist?

K: Definitely, the biggest thing I learned from the military, and riding with big groups, is just ride at your own pace. Just riding your own ride is the thing I heard a lot. I didn’t really understand the concept of that until I started seeing people riding above their level. People who weren’t riding their ride, and what that means to me, is understanding your limits while continuing to improve as a rider. Really understanding what’s safe and what’s not safe such as controlling your speed or your distance behind another vehicle. Being self aware of what you’re capable of and not getting caught up in mob mentality. Kind of understanding where I’m at as a rider, and knowing my skills. Being happy with that and satisfied with that is definitely the key to keeping me safe on the road.

T: What area of your riding at this moment would you say you’re working on improving?

K: Definitely slow speed maneuverability because on a more generic naked style bike, where you’re up higher and the seat is more relaxed, I feel like slow speed maneuvering is easier. And when I was going through the safety course, riding on a 125 Suzuki or something like that, my figure eights and stuff like that were really, really easy. But because of the design of a sports bike the clip ons are so close to the tank, at slow speeds it’s tough to work on your throttle control and your clutch control at the same time. Just because of how close in everything is.

Keison dropped some powerful words of wisdom in this one, and hope you take note and ride your own ride when you’re on the road. Keep your eyes open for the next part of my chat with Keison.