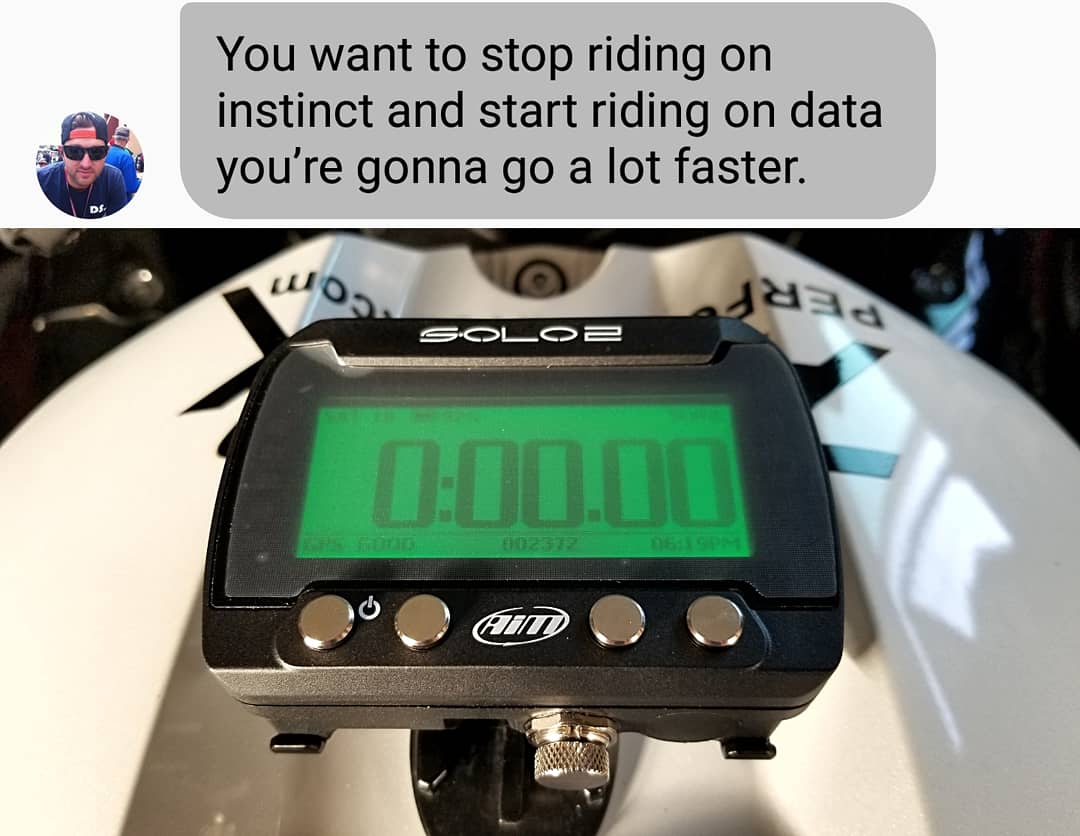 That’s my friend Everett. I hate him for being right. It’s not that I went too long without using a lap timer, I just flat out thought I didn’t need one. I’m just a track day guy, who despite being an avid road racing fan, just has no aspiration to race. So what would I need with a lap timer?

But Everett was right though, hitting the nail on the head. I have been riding on instinct, gauging my prowess by feel out on track. The most I’ve ever quantified my riding was through video footage, when I would sometimes run an action camera, then go back and check my lap times via playback. No, it wasn’t an exact science, but it was some kind of a science. Some rudimentary form of quantitative measuring. Other than that, I would just gauge my riding ability by looking at my riding friends; so long as I was faster than Friends 1, 2, and 3, I was happy.

But it’s a new era now, whether I like it or not. I’m no longer on the track bike I’ve spent years on, moving on to my 09 R1 now. I’m doing things differently whether I like it not, so I should stop other habits and actually quantify my riding via more precise metric. So I caved and I got myself a lap timer. And the only reason I chose the AiM Solo 2 is because my riding coach uses one. Oh, and oh yeah, I have a riding coach now. After years of just self-learning out on track, I also commissioned an expert rider to dissect my riding and break it down for me. And since my other friend Robert Pierce, who has raced in the MotoAmerica championship, offered his services at a nominal fee (see: free), I figured why the hell not. If the lap timer’s going to be gathering data for me, I may as well have a data engineer regurgitate it to me in a manner that I could understand and actually implement out on track. Basically, Rob will take my numbers and paint the pictures for me in a manner that I can actually understand. Because Rob knows I don’t engineer things – that’s his job. I just feel things. And since I’m changing up so many things in such a short amount of time, why not make a show of the whole thing?

Cause isn’t that the key to successes?

If you want to succeed, tell everyone. Or something like that…