As some of you may remember, my motorcycle was vandalized during an attempted theft about two months ago now. It was a very difficult time for me as I had to figure out my commuting situation without my bike. To say things were rarely boring or the same each day would be an understatement. Simply put, transit in Los Angeles is a challenge.

When I first arrived in LA I travelled via the Metro all the time. I lived near a main train line and was able to get most places using it. However, it was always a struggle to arrive places at a certain time given the odd and irregular times trains and buses arrive in LA. I was re-introduced to this frustration when I had to return to using public transit while my motorcycle was in the shop being worked on. 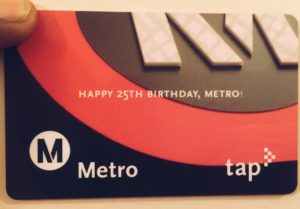 Aside from my connecting bus only arriving once an hour, I also had to deal with the inc

rease of rates for metro rides. Since my days of daily commuting that ended years ago, the price has been raised by fifty cents. I think this is too steep considering the quality of service hasn’t improved in my opinion. For twenty-five dollars, you can purchase a weekly unlimited pass for the bus and trains in LA. However, I spend less than this commuting with my bike. For twenty-five dollars, I can ride for two weeks in gas money.

Unfortunately, it also rained during my time on foot. This meant I had to order an Uber a few times. This also pushed my commuting budget higher than I would’ve liked. Riding in an Uber is costly, but they do have options for cheapening the experience. I tried out the Express Pool, which has you walk to a pick-up location for a discounted price. However, you still have to drop off one to two, sometimes three other people before you arrive to your destination.

Needless to say, motorcycles are still my favorite mode of transportation in Los Angeles. There is nothing as good or comparative in my opinion. Reuniting with my motorcycle has given me a renew appreciation and love of my bike. I don’t think I can ever go back to relying on public transit ever again.