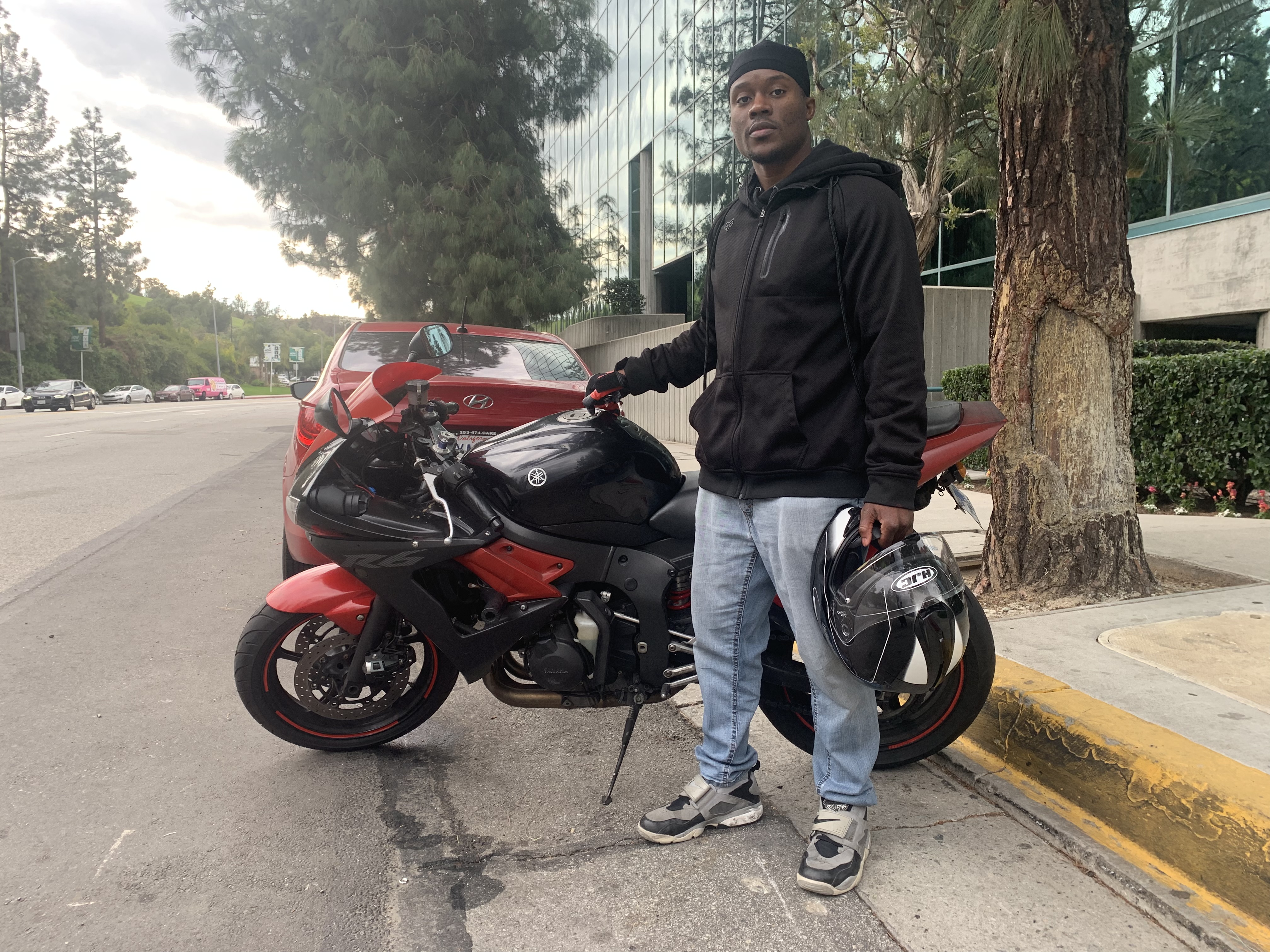 Hey everyone, and welcome to my sit down chat with Michael (Mike) Johnson. He’s relatively new to the LA motorcycle riding scene, and eager to make up for lost time. In this first part of our discussion we’ll get into what he’s riding, how he learned to ride, and his style.

T: How long have you been riding?

T: How’d you learn to ride?

M: Dirt bikes as a kid, and then I had to take a basic riding course in the military to get my permit, then my license. Just riding on the streets of Miami at that time.

T: Have you ever considered learning stunts given we’re in Los Angeles and Hollywood is in our backyard?

T: How long have you been riding in LA?

T: And how have you found it?

M: I beat traffic everywhere. For the most part, I just watch the other drivers to make sure I’m okay. You know, parking’s easy. It’s more convenient than driving a car in LA.

T: Did you have a car beforehand?

T: And comparatively, since you’ve been riding your bike, have you noticed you’re a better car driver?

M: I never really related the two. But since the weather’s so good here, I just sold my car. The amount of money I would put into owning a car  including payments, car insurance, gas, maintenance; it’s cheaper to just Uber and then ride the bike around.

T: What kind of bike do you have?

T: How did you acquire it?

M: I was actually looking around and I saw this lady selling her husband’s bike on Facebook. I met them, and they were cool. So, I got it for three grand.

T: Was it in good shape?

T: Do you have a dream bike in mind?

M: Nah, I mean if I could afford to customize my own bike I’d dress it up as a Power Ranger motorcycle.

T: I’ve heard great things about the R6 for years. What do you like the most about it?

Thanks so much for tuning in to part one of my sit down for my interview with Mike. If you share a similar experience be sure to drop a comment.