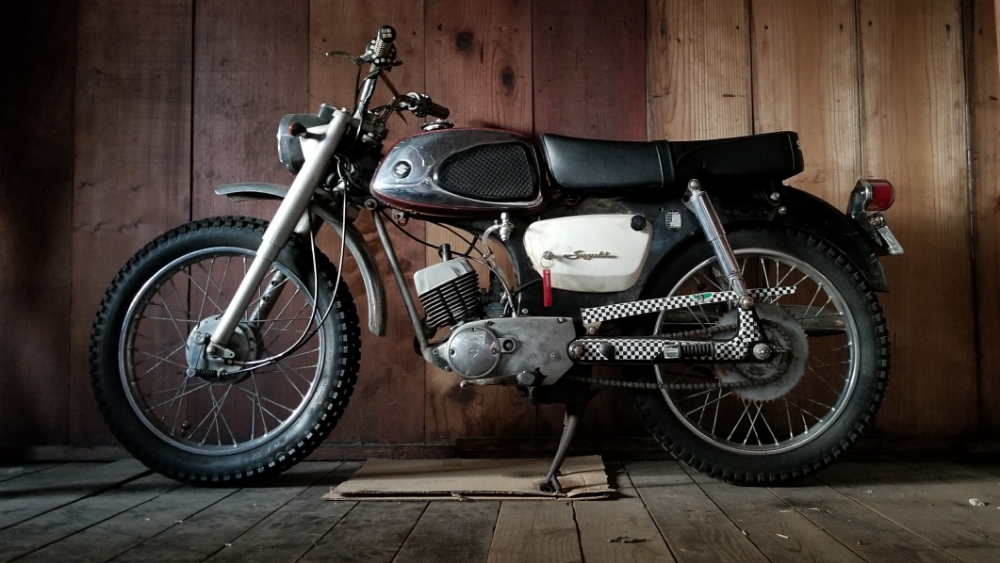 My ’66 Suzuki Trail 80. I can’t believe I almost passed up on this bike. I can’t believe I drove home with an empty truck bed after the first time I went to see it in person, all because of a couple of hundred dollars off of Kelley Blue Book’s valuation on it. I honestly can’t even tell you now just exactly how much I paid for it; I genuinely think I forgot during the second drive home after I finally loaded it on my truck. This bike has easily been one of my best motorcycle purchases to date, and despite the bike sitting more than it gets ridden, it has easily given me more fond memories to smile about it. And when I do ride it, I still can’t believe I get to roll around town in a five-decade old specimen. I couldn’t believe during my first ride, and I still can’t every ride. Still blows my mind.

And the thing that I really, really love about this bike is it doesn’t give a squat just how long I go in between riding it. While most of the year all it’s effectively good for is just eye-candy to me – something for me to catch a glimpse of in our indoor patio whenever I’m in our living room – it doesn’t fret. It’s not resentful or finicky when I finally roll it outside, turn the ignition on, flip the petcock, and kickstart it. It rocks right back to life with a handful of casual kicks, ready to roll. That 80cc two-stroke exhaust making a racket like it never got the memo that we now roll on 1400cc street bikes.

You’ve basically never heard a motorcycle make a noise until you wring a two-stroke engine, be it 80cc small or 750 large.

That’s what I really love about this small and terrible little Suzuki – it’s ready when I am. Because some days you’re just going to want to ride. Not to anywhere in particular or to do anything else. You just want to roll around. You don’t want to worry about whether it’ll start because of the battery, or if the fuel’s fresh enough after the few months since you last started it. You just want to roll it out in the sun, hop on, wring it, and let it sing in the crisp morning.

This bike, it simply never gets old both in my eyes, nor on the road.

It never fails to break my riding mold 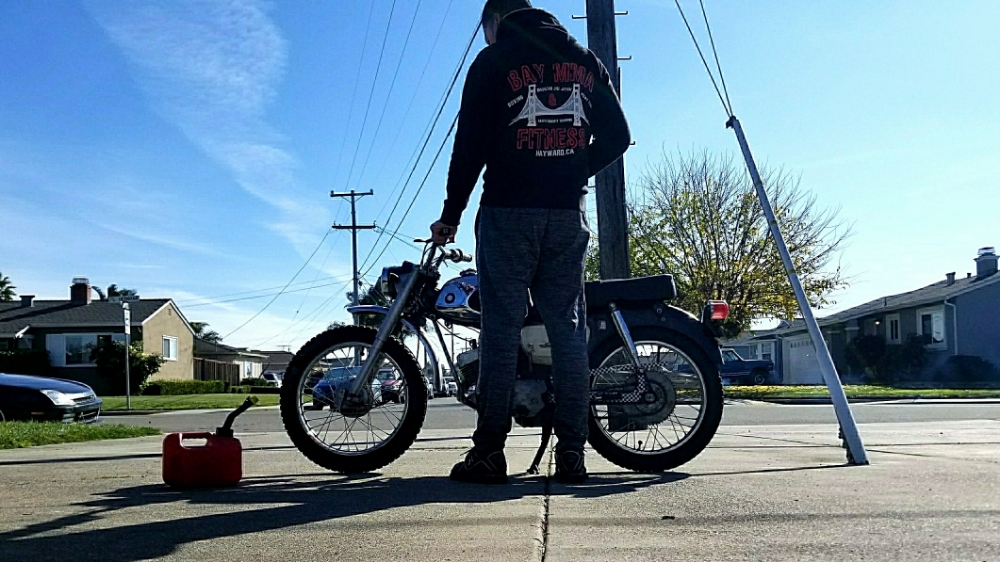