Welcome back, in this final part of my sit down with Travis we talk gear and his new found image on the road. 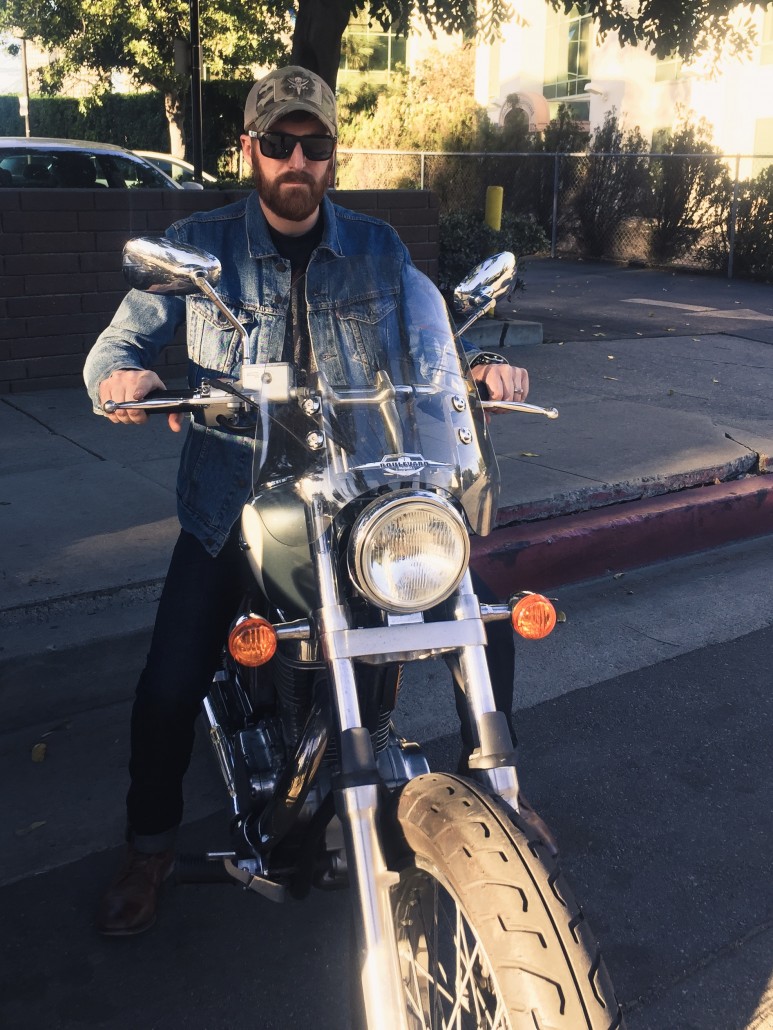 T: Let’s talk about some of this gear you have. What’s up with this boot protector you wear?

TF: Yeah, I don’t know what it’s called. Maybe it’s just called a boot protector, but after going through the motorcycle safety program, one of the things they say is you should wear a pair of proper motorcycle boots. The boots I have are nice and I’d like to not wear a hole in them, but slowly over time that did happen.

So, I bought this thing on Amazon. It was like twelve bucks, it velcros over where the clutch goes. Then it loops around the back of your boot. They do make some different ones.

T: So, if you had to rate this piece of equipment out of ten what would you give it?

TF: I would give it an eight. It needs something so it doesn’t slide off. It is weird because you don’t feel the clutch, but I imagine that’s how all of them are. You feel the shift, but you don’t feel it on the boot.

T: Do strangers treat you differently when they notice you are a rider?

T: Do you think you’ll ever go back to driving a car full time?

TF: No. Not in Los Angeles.

I’d like to thank Travis for sitting down with me and cracking me up during this interview. It was truly a pleasure and I hope you all enjoyed getting to know him, and the perspectives of a new rider in LA.

Stay safe in these streets.