This winter has started off very differently than the last five winters I’ve experienced here in Los Angeles. I’m used to rainy weather and cold temperatures, that’s expected. However, this year it’s been hot and cold, and the Santa Ana winds have hit very hard this season. The inconsistency has made it very difficult to predict the weather from day to day.

The first day the winds really picked up was Tuesday, December 5th. I work out in Burbank during the week, and the winds were very strong out in the valley. They were so forceful alerts were being sent out via cell phone and the local news stations.

While on the road, I’ve experienced debris flying at me, palm leaves in the street as well as lots of miscellaneous trash. However, I feel the higher winds on the freeway was much worse. There aren’t any buildings to block the force of the winds, and there are cars traveling at high speeds creating drafts of their own.

One night while leaving work, I was on US 101 after 11pm, and it was kind of scary. The force of the wind was so strong I felt my motorcycle being moved. I hate drifting. Hate it. I had to lower my speed and crouch down as low as possible in order to not have the winds hitting me in the chest, and to become one with the motorcycle. This adjustment helped tremendously and I continued to do the same thing for the rest of the week.

The Santa Ana winds also brought about wild fires in the valley. This year has been record breaking in Southern California for wild fires. It’s also been very scary, and inconvenient for residents and commuters. I didn’t have to worry about my apartment going up in flames because I live in mid-city, but because I work in the valley I had to track the fires to make sure my route to work didn’t need to be changed, or if I needed to stay home all together.

Things have calmed down with the fires, but at night there are still some higher winds to be cautious of. What’s most important is to check the weather before you leave the house. This week the temperature’s been in the 80s during the day and in the 50s at night. Not exactly traditional winter weather, but you need to be prepared for anything. 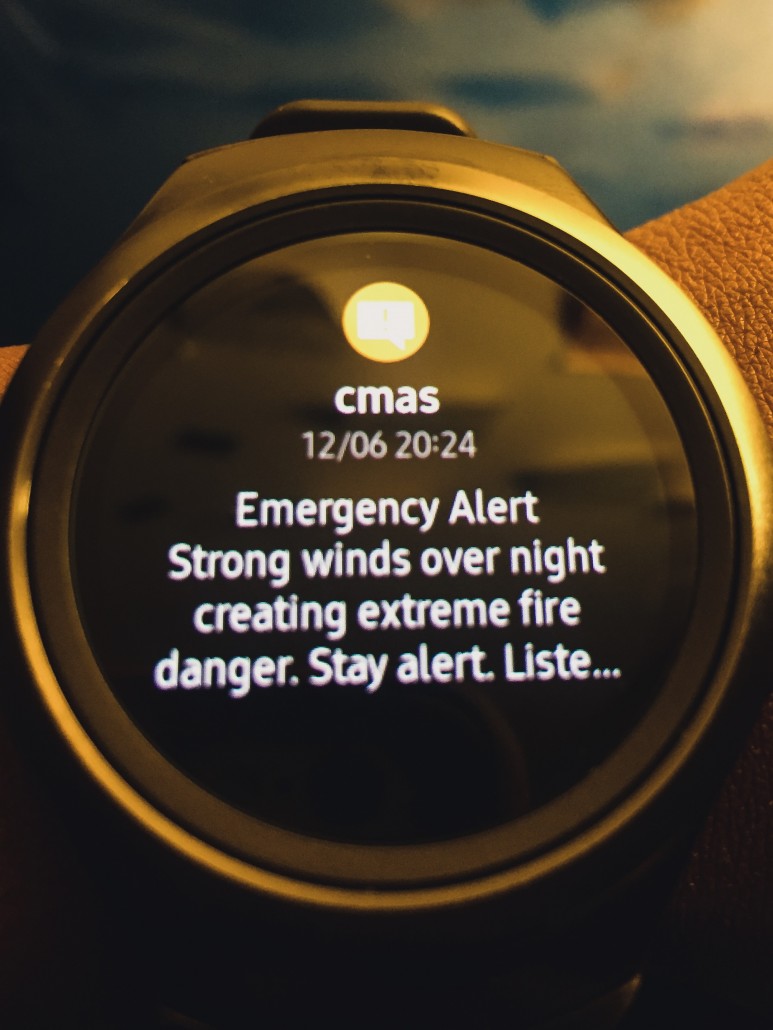