For the past five years I’ve driven all over Los Angeles with my motorcycle. During this time, I’ve always stated that residential neighborhoods are my least favorite place to commute, mostly because of intersections. However, I think I’ve discovered a place I may dislike almost as much. Downtown LA has risen on my list of least favorite places to ride. 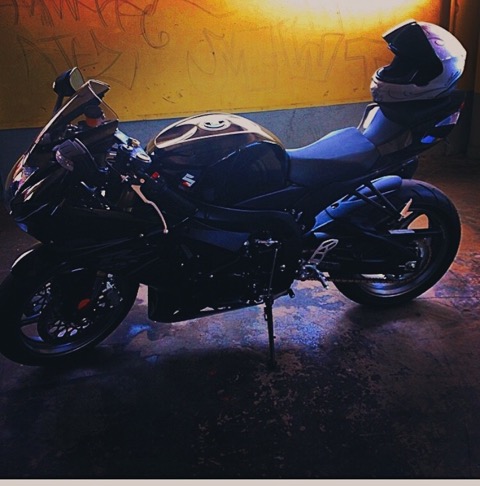 Given how many things I don’t like about the area, I’m surprised it took this long to realize my dislike for traveling in this neighborhood. I guess it’s because I normally ride the train into downtown when I have something to do there. I’ve mostly commuted this way because of parking being difficulty downtown. Which brings me to my first issue with the area, the parking.

There are so many busy streets near businesses, and a great deal of one way streets as well. The cars are often bumper to bumper when parked as well, making squeezing in between the vehicles difficult and risky. I’ve seen a number of bikes parked next to cars that were way too close.

The traffic is also really disorganized and jam packed during critical times of the day. There seems to be more cars willing to cut you off without signalling. This is especially true when a driver realizes they’re in the wrong lane and need to make a left or a right turn.

With this being the case, I’m always on my highest alert when I’m downtown. Everyone on the road seems to be more selfish there than other areas. I’ve also seen more instances of road rage here than on the freeway. Cars have followed each other after being cut off, and I’ve seen windows rolled down and angry verbal exchanges between commuters.

My advice to any motorcyclist traveling downtown is to be on high alert. Always look twice before you change lanes or attempt to make a turn. Don’t get into confrontations with other drivers because people appear more hostile downtown. Slow down a little more. You have to look out for yourself.

Stay safe in these streets.