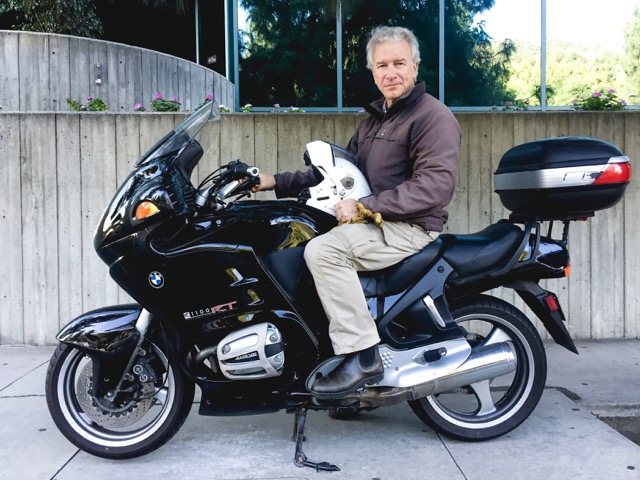 In this final installment of my interview with Chris Cass we’ll get into shop talk and how he really feels about riding in Los Angeles.

T: Can you talk about the difference between riding in Los Angeles versus upstate New York?

C: I’ve never ridden in New York City, but I can imagine it would be a nightmare. LA is a nightmare, it’s just more traffic. I’ve been in LA for thirty years now and the traffic is worse than it’s ever been. It was bad twenty years ago, it was bad ten years ago. Potholes are everywhere, and there’s just more people on the road. With more people on the road I would’ve expected to see more motorcycles on the road, but I don’t. Same number of motorcycles as there were thirty years ago. More parking for me though.

T: Have you had any parking incidents in the city?

C: Yeah. I parked down the street in front of a tennis center, and came back and someone had run over my bike. I was livid. I was able to find the security footage from the tennis center across the street, but I could never find out the identity of the driver. My insurance came through with the claim and the bike is up and running again.

T: Do you have a favorite shop out here?

C: There’s a small independent shop over in Koreatown. I’ve been going to this guy for four or five years now. He’s great, an honest mechanic, does a great job, and is reasonably priced.

T: What’s the name of the shop?

C: It’s Motorcycle Performance on West Pico. The owner’s name is Alex White, give him a shout out, super guy. Loves fixing your bike.

T: A lot of motorcycle shops are closing up in Los Angeles.

C: Yeah, he had to move. He used to be on La Brea, great shop, had three or four bays. Then that whole strip of La Brea was getting bought out. He had to find a place on Pico, smaller shop, smaller location. He can’t work on as many bikes as he used to because he can’t keep all the bikes. So, it’s unfortunate because he’s a hardworking motorcycle mechanic.

T: Thank you so much for sitting down with me.

I hope you’ve all enjoyed this sit down interview with Chris Cass. It was a pleasure talking bikes and experiences with him.