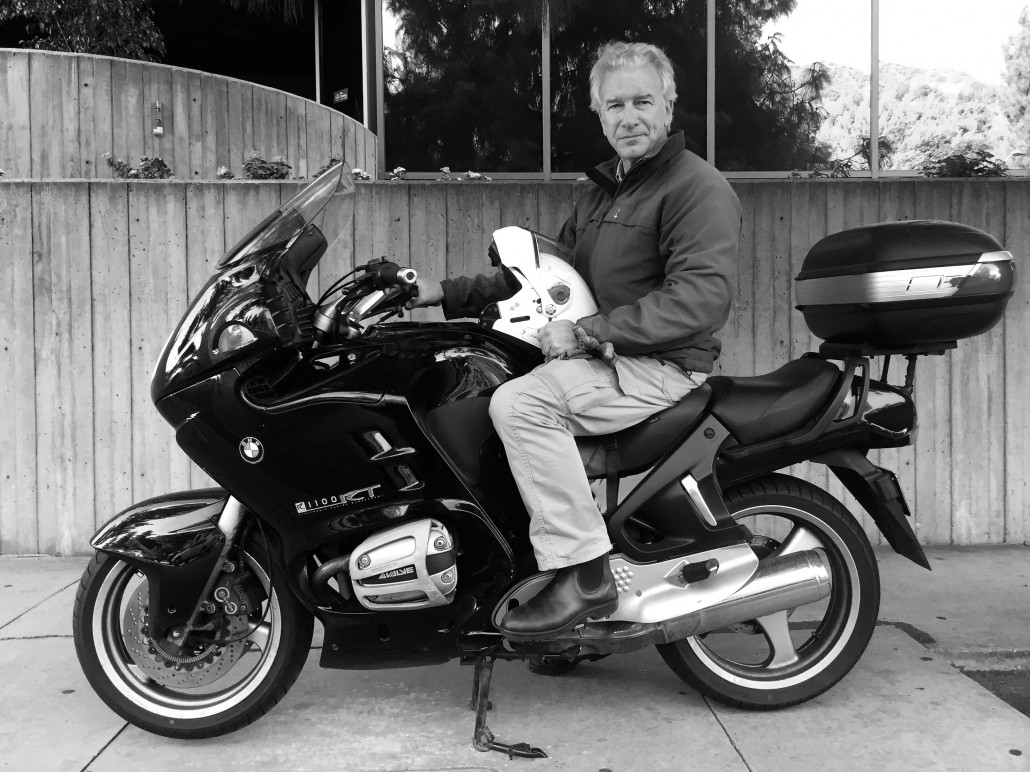 In part three of my sit down with Chris Cass we get into his experiences as a motorcyclists in Los Angeles, the ups, the downs, and everything in between. Check it out below.

T: Can you talk about your experience as a commuter motorcyclist living in Los Angeles?

On my white BMW, the RS, I have side lights. And I purposely angled one so that it hits in the rearview mirror of every car in front of me. So, it momentarily catches their attention. I actually had a friend I was riding behind, and when he got out of the car he goes, ‘You know that headlight of yours is really aimed right into my eye?’. Good. He goes, ‘What do you mean, good?’. You saw me didn’t you? ‘Yeah.’ Mission accomplished.

T: Have you had any close calls in Los Angeles?

C: Um, I’ve had a couple of close calls. Nothing that was too bad. Because I drive like an older rider. I’m an older rider. I don’t have to win every race. I just need to get from point A to point B faster than I used to without sitting in traffic. So, I’m always looking five cars ahead and I’m always anticipating. Close calls I usually see them. I’ve seen every close call before it’s happened. Nothing is out of the blue like I wasn’t paying attention.

T: Was there ever a scenario when you thought this is it?

C: A couple years ago, someone ran a stop sign right in front of me. I saw it at the last second, and I was just able to get out of the way. It could’ve been one of those things I turn my head for a split second, then turn back around boom.

Look out for the next installment of my interview with Chris Cass.