I recently had the opportunity to sit down and talk with a fellow motorcyclist I’ve known for quite a few years. His name is Christopher Cass, and he’s been singing the praises of BMW motorcycles since I met him. It was a blast finding out how he got started riding, and sharing experiences. So, check out the interview below and get to know Chris. 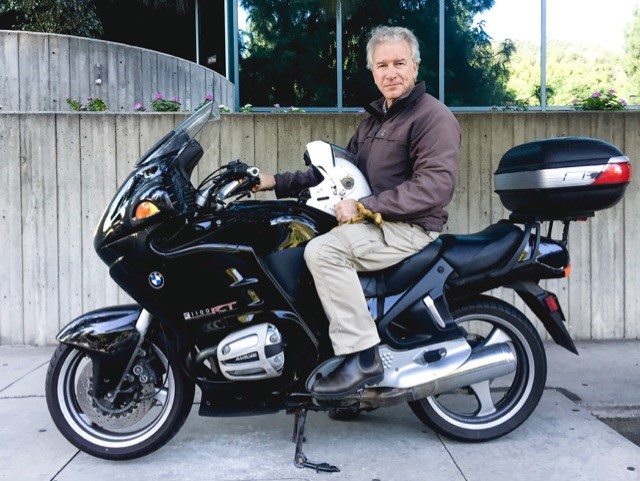 T: When did you start riding?

C: Seven or eight years ago.

T: What got you into it?

C: I always rode mini bikes, then everyone would just kind of say how dangerous motorcycles were. So, I kind of stopped thinking about it for a long, long time. Then my sister and her husband were big motorcycle riders in upstate New York. I was living in New York at the time and visiting them, and they finally talked me into getting the learner’s permit – which I did. I would visit them on weekends, and we would go on rides. Upstate New York is beautiful for motorcycles. They build the roads for motorcycles up there, it’s beautiful. And I just got into it. I was just sort of a weekend rider, and then I moved back out to LA.

I was driving around in my car, feeling completely claustrophobic and stuck in traffic. I bought a motorcycle, and I’ve never looked back. I don’t have a car still. My wife does, but I don’t like getting in cars in Los Angeles. I just feel handicap, I feel handcuffed. So, motorcycles for me until I can’t ride them anymore.

T: What was your first bike?

T: How long did you ride it?

T: How did you decide to stick to the BMW brand?

C: That’s what I was driving in New York, it’s what my sister and her husband drive. They used to be Harley people, then they became BMW people. They got me into being a BMW person. I have nothing against other motorcycles, but I’m not a snob. I like BMWs.

Be on the lookout for part two of my sit down interview with Chris Cass.