What do motorcycle racers do in the winter time? Do our fans think of us like kids think of teachers? To them, we probably only exist at the race track. Our teams hang us up in a closet at the end of each race weekend and wake us back up at the beginning of the next one. Some say that winter is the time not to spend money. Meaning that some of us work through the off season to try to pay down debt or save up money to prepare for next year. Some say that the season never truly ends. Meaning that they never stop preparing for the next race, no matter how far off it is.

I’ve dabbled in both schools of thought but this year I’m in the never-ending race season mentality. In the past I’ve found that taking any time off of my training during the winter results in a step backwards as I prepare for the coming season. Next year I want to be all the racer I can be in a full season of MotoAmerica Superstock 600, so this year the plan is to stay hot through the winter. I’ll continue my training, my diet, and I’ll race a winter series (more on that later). I want to come out swinging into the MotoAmerica season and build off of that throughout next year.

I’ve got a lot of time to prepare and I’ve still got races left in this season. I’ll be finishing out the AMA Supermoto season, competing in the M1GP 24 hour endurance race, racing at the Wera GNF, and you can expect to see me do a one off 1000 ride in the near future. Soon I’ll be back to doing lots of track days with a fully healthy body. This was meant as a learning season and I feel like it’s been a success, although some of the lessons learned were painful. It sucks to be down from an injury but I’m ready to put that behind me. I’m focused and ready to start building momentum towards my next race season. 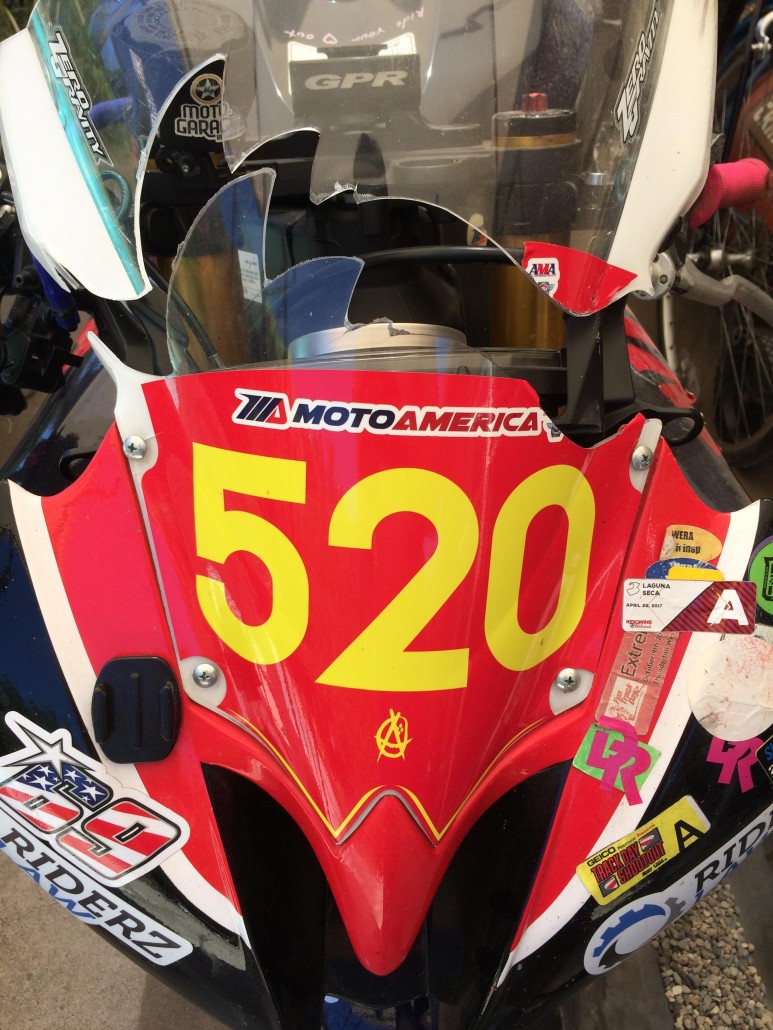