Coming into the weekend, Aguilar (RiderzLaw/Aguilar Racing) led his RiderzLaw teammate Michael Gilbert (MG55) by a mere three points. Saturday went well for Aguilar, who led for most of the race, taking first place, and extending his lead to a daunting 17 points. Not one to go quietly, Michael Gilbert and his crew worked into the evening on some set-up changes to find more speed and give Gilbert a fighting-chance at the title. The much-anticipated showdown was not to be, however. Though the changes seemed to work, a disastrous crash in P1 left Gilbert without a ride, and the championship went quietly to Aguilar before the race began.

“I’m really happy to take 2nd place in the championship, especially considering the adversity we faced during the season,” said Gilbert. “I owe all my success to my team and sponsors behind me this year. It was a tough season, but it was all of them that helped put an incredible motorcycle underneath me every weekend and end in a way that we can be really proud of. Big congratulations to my friend and RiderzLaw teammate Jason Aguilar for taking the title. We had a heck of a fight, and I expect the same thing next year. Come on 2018!” 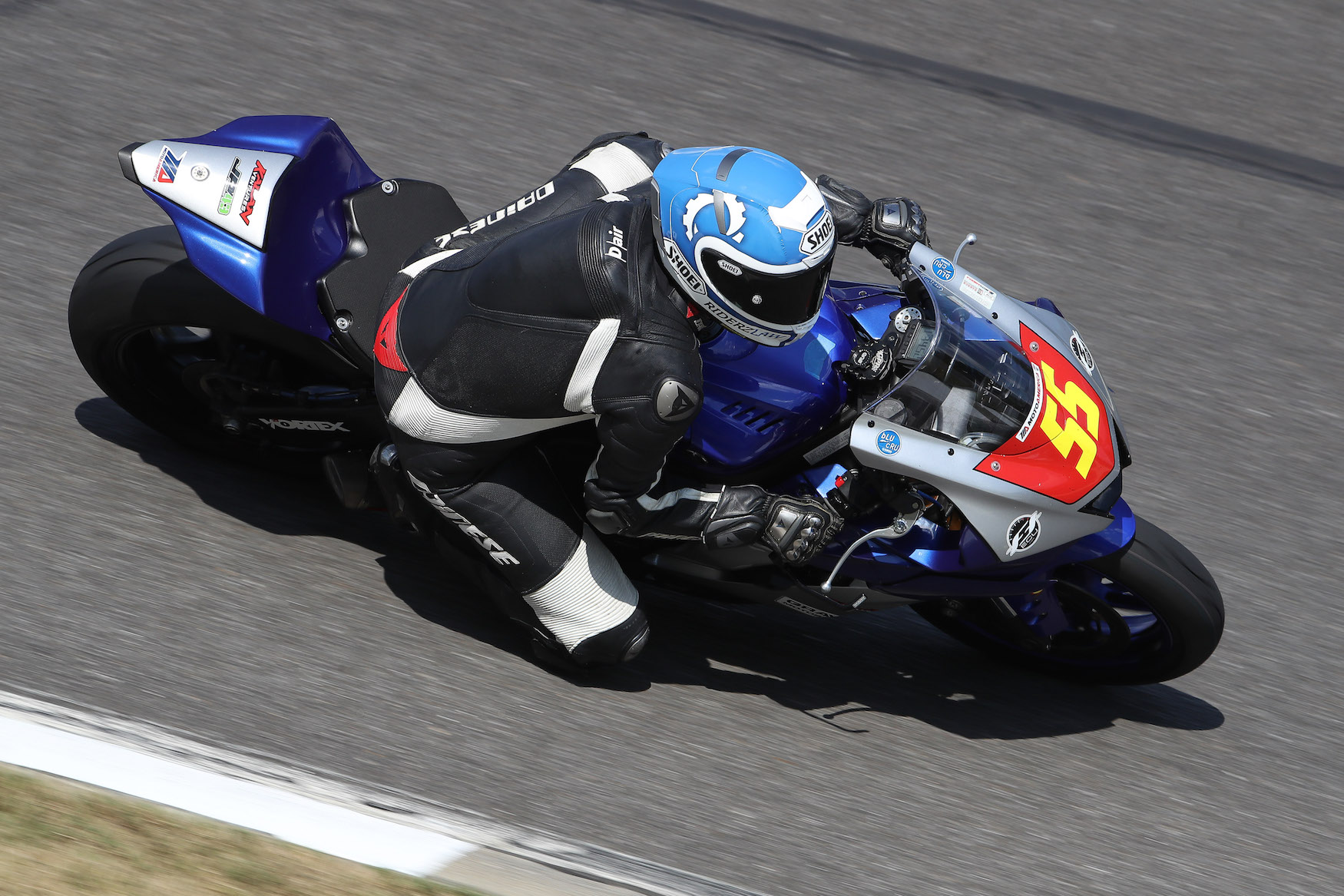 Despite the only other title contender being sidelined for Sunday’s race, Aguilar was not going to be satisfied using the race as a prolonged victory lap. Aguilar led the entire race, finishing more than six seconds ahead of his closest competitor. Said Jason Aguilar: “Couldn’t be more stoked on the weekend. Pole position, double race win, and my first professional championship. There are so many people to thank that have helped us along the way. Couldn’t think of a better group of guys to have all year.” RiderLaw Racing wildcard rider Robert Pierce equaled his best finish of the year, placing 12th aboard his Yamaha R6. Pierce finished the season 22nd overall despite competing in just five rounds. “I have to thank RiderzLaw for making this last-minute trip possible and for amazing support all season long. I had the race of my life on Sunday and couldn’t be happier to finish off the season this way. I’m still hungry and can’t wait for an even better 2018.”

RiderzLaw-supported rider Josh Herrin also notched his best finish of the year, finishing second on Saturday aboard a Monster Energy/Yamaha Factory Racing R1. Herrin looked set to make a run at his first win of the year, leading race 2 on Sunday, before a sudden downpour resulted in a red-flag. After a series of crashes and multiple red-flags, several riders, including Herrin, elected not to participate in the race. When the race was finally concluded, Matthew Scholtz of Yamalube/Westby would make history as the first rider to win a Motul Superbike race on a Superstock-spec 1000.

RiderzLaw has a dedicated team of lawyers who are experts in helping victims of serious motorcycle accidents. For more information, visit riderzlaw.com or call 1-888-5-RIDERZ. Follow RiderzLaw on Instagram @riderzlawracing.