Saturday was brutally hot and the air was harsh due to a nearby fire. Despite the conditions, lap times were already in the 1:39s by the second round of practice in the morning. But as the temperature continued to rise, the lap times did as well. Sunday was slightly less harsh but still not what we’re used to in wine country.

Race number 1 is 650 twins, 450 Superstock, and formula 2. Dave Moss had an issue with his bike after morning warm up. Luckily for him Marcus Zarra had decided he wasn’t well enough to race and he was willing to let Dave race on his bike. Dave didn’t make the grid for some reason and Paul Johnson lead the race from p1 while the TWF bikes of Martin Sullivan and Joshua Davies pulled a commanding lead in the 650 twins race. Chad O’Hara had a long day yesterday after a transmission problem ended his day in practice. With the help of Spears Racing he replaced the entire transmission in his Kawasaki EX650. Paul Johnson was about a second per lap faster than his nearest competition and won the 450 Superstock race by a wide margin followed by Charles Coyston and Chris Reed. Martin Sullivan finished the 650 twins race first and caught everyone in the wave ahead of him except for Paul Johnson. He had the fastest lap of the race with a 1:48.0. Astonishingly fast for a 650. Joshua Davies, Peter Hively, and Chad O’Hara finished 2nd, 3rd, and 4th. Roger Baker won the formula 2 race on his sweet tz250 2 stroke.

Race number 2 was 750 Superstock and Legacy Heavy. It was a battle at the front featuring Fabian Fernandez, Luke Luciano, and Robert Brittain with Steve Habura in the lead. Habura began to open up a gap while the battle for 2nd heated up. 750 Superstock is a 750 class but there are really only a couple of 750s out there. The rest are 600s. Steve Habura finished first followed by Robert Brittain and Luke Luciano.
Race number 3 is 450 Superbike and “300 World Super Sport”. AFM got really fancy with the name of their 300 Superstock class. Dave Moss made the grid for this race and started in p1. As it turns out, they noticed a coolant leak on Marcus’ bike right as Dave was about to leave the pit. That’s why he didn’t make the grid in race 1, but they got it fixed in time for the 450 Superbike race. Greg Clouse got out to an early lead but Paul Johnson was absolutely hounding him and Moss wasn’t far behind. You could tell by his riding that Moss was on an unfamiliar bike. Marc Edwards lead Jay Kinberger and Patryk Buchcik in 300 World Super Sport. Paul Johnson finally made the move on Clouse for the lead in 450 Superbike when they caught up to some lap traffic. Dave Moss stuffed under Greg Clouse as they entered turn 9, forcing Clouse to run off and take the chicane through to turn 10. I was there in the Serious RnD pit helping prepare Marcus Zarra’s bike to race. I asked if we should swap the brake pads since we were using Dave’s wheels and therefor his brake rotors. Marcus told me it wouldn’t matter because Dave was only going out there to salvage points, not to fight for a win. Well he did just that. It appeared as if Dave was fighting for the lead until he remembered he was on an unfamiliar bike and didn’t need to push it. Paul Johnson won, Dave Moss finished in a close second, and Greg Clouse rounded out the podium.
Next up was Open Superstock and Open Twins. I’ve been thinking I might bring out my rc8 to race Open Twins before the end of the year. It would be a lot of fun. Tyler O’Hara got an early lead followed by Wyatt Farris. Jason Lauritzen has been looking especially racey this weekend and he was holding down 3rd place. Farris was doing his best to hunt down O’Hara but O’Hara countered with laps in the low 1:40s. O’Hara managed a best lap of 1:38.3 before catching lap traffic. It was a Kawasaki one two three in Open Superstock with Tyler O’Hara, Wyatt Farris, and Jason Lauritzen. 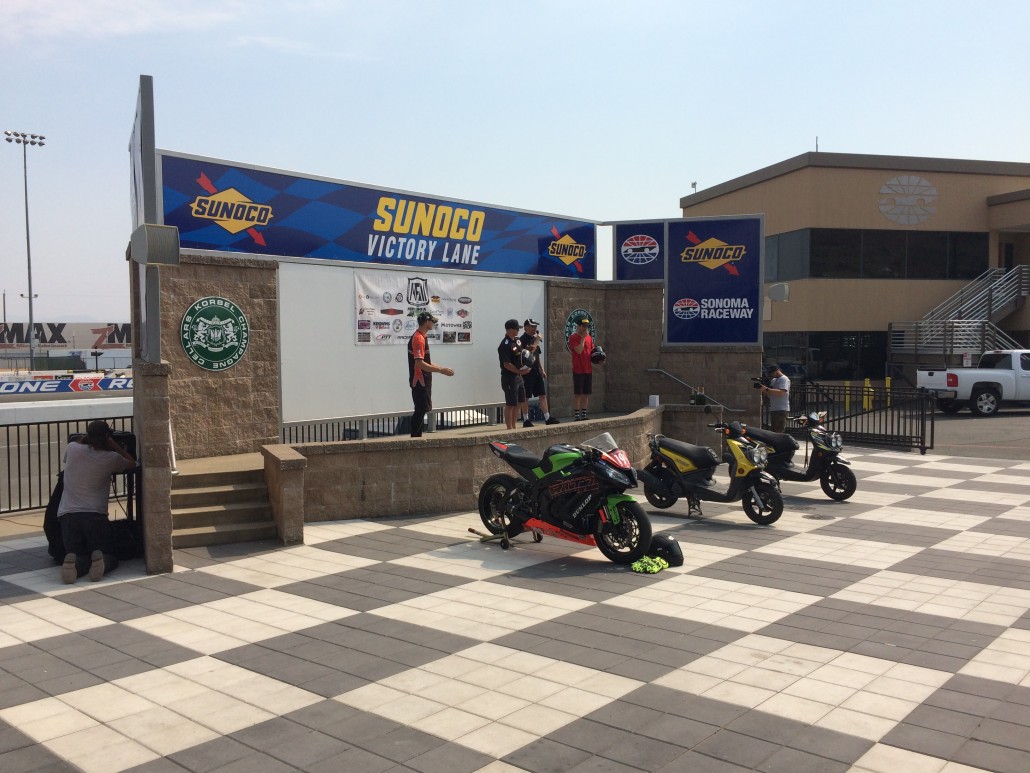 Race 5 was 600 Superstock and it’s always an exciting one. Ezra Beaubier started the race on pole next to Brandon Crawford. Ezra managed a lap of 1:40.5 which is about a second-and-a-half faster than he went at the MotoAmerica round a few weeks ago. Brandon Crawford is also going about a second-and-a-half faster which begs the question as to why. The heat this weekend seems to be improving traction. The track was much cooler on the MotoAmerica weekend and the grip wasn’t very good. 600 Superstock ended early with a red flag due to a big crash in turn 8. Oddly enough, another rider crashed in turn 9b after the red flag. Perhaps there was oil on the track. I hope the rider in turn 8 is okay. Anyone who is familiar with Sonoma Raceway knows that is not a good place to crash. You know, some are better than others.
I talked to Ezra and Brandon after the race to see if they felt like the track conditions were better than they were on the MotoAmerica weekend. What I didn’t realize is that they are both used to Pirelli tires. In MotoAmerica the spec tire is Dunlop. The Pirelli tires are a completely different profile and they work much better on a 600. So whether the track conditions were better or worse, it certainly felt better to Brandon and Ezra because they were on better tires.
Daniela Frederick is the rider who crashed in turn 8 during the race. She had finished fourth in the Afemme (Afm’s women only class) the day before. I haven’t heard any updates on her condition but she was airlifted to the hospital and it sounded like she was pretty roughed up. Get well soon, Daniela.
Race 6 is Open GP. Cory call got out to an early lead from pole position and was closely pursued by Sebastiao Ferreira. Cory Call’s bike was in rough shape after his crash at round 4 and he wasn’t sure if he was even going to have all of the parts in time for the race this weekend. He ended up getting everything just in the nick of time which resulted in a long night on Friday. Cory is a fan favorite and we’re glad he made it. He ended up pulling a gap on Sebastiao towards the end of the race. Cory won with Sebastiao in a not-too-far second and Cris Siglin rounding out the podium.
Formula 1 is race 7. Trevor Nogueira started the race on pole but Trevor was in third by the time they came through turn 8. Greg Sharp crashed in turn 9 on the first lap but he was okay and even moved his own bike. Trevor made the pass back on Ilya Roytman for second place and proceeded to fight for the lead. Brhett Butler had a mechanical on lap 2 and pulled safely off on the exit of turn 1. There’s a fire somewhere nearby and the air quality has been terrible. That combined with ambient temperatures of over 100 degrees is really taking a toll on our riders stamina. All of us are used to beautiful weather in the mid 70s at Sonoma, so it’s weird to be there when the weather is so harsh. The three way battle for the lead continued as Trevor Nogueira fought valiantly against Robert Brittain for the lead. All three riders dipped down into the 1:44s. Everyone did a great job and the top three were Brittain, Nogueira, and Roytman. 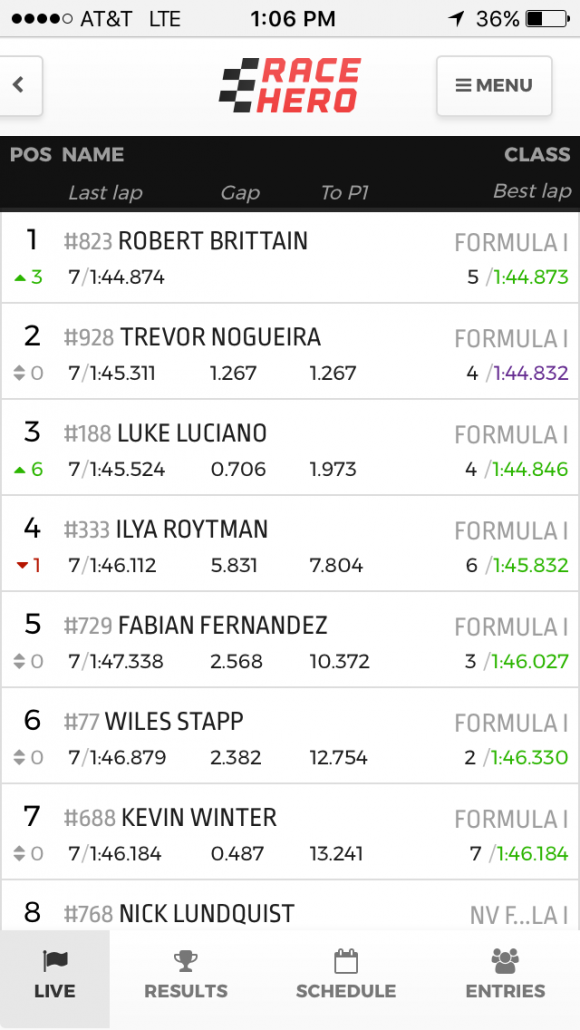 Formula 4 is next on the schedule. The same formula 4 that was a support class for the MotoAmerica races a few weeks ago. The TWF bikes of Martin Sullivan and Joshua Davies got out to an early lead with Peter Hively, Chad O’Hara, and Greg Clouse in the top 5. Chad O’Hara appeared to have had a crash or a mechanical on the second lap because he disappeared. No one could match Martin Sullivan’s pace at the front and long gaps developed between each of the top 4. Martin Sullivan, Joshua Davies, and Peter Hively were the top 3.
Now for the one we’ve all been waiting for, Formula Pacific! Only about a dozen riders signed up for AFM’s premier class this weekend. Tyler O’Hara got an absolutely heroic start but he couldn’t break away without Cory Call on his heels. Ezra Beaubier was having a great battle for 7th with Jordan Eddington. Ezra was on an r6 and Jordan was on an R1. The battle for 3rd place went on between Sebastiao Ferreira, Wyatt Farris, and Chris Siglin. Wyatt Farris actually had to change his engine earlier today so he’s doing pretty well considering everything that’s gone wrong for him. Ezra Beaubier made it into 6th place, only two seconds a lap off the times of the race leaders. Chris Siglin made a move for fourth place on lap 4 to get by Sebastiao Ferreira. Tyler O’Hara kept putting in fast lap after fast lap in the high 1:38s. He was pulling a gap on Cory Call and Wyatt Farris was putting in work to reel Cory in by a few tenths per lap. Ezra Beaubier pulled off the track with an awfully dirty bike. I’m not sure what happened there. With a lap to go, victory was all but certain for Tyler O’Hara. Wyatt Farris drew closer to Cory Call but he still wasn’t within striking distance. Or he wasn’t until the last two turns at least. Wyatt tried for an inside pass in turn 11 but couldn’t quite make it happen. I spoke to Ezra Beaubier and his dad, Jeff, after the race. Jeff is here on his birthday and his anniversary with his wife, Tanya, to help his son race motorcycles. I think that’s pretty awesome. Ezra told me he lost brakes part way through the race and going into turn 9 towards the wall with no brakes scared him bad enough to pull out of the race. I can’t say I blame him. 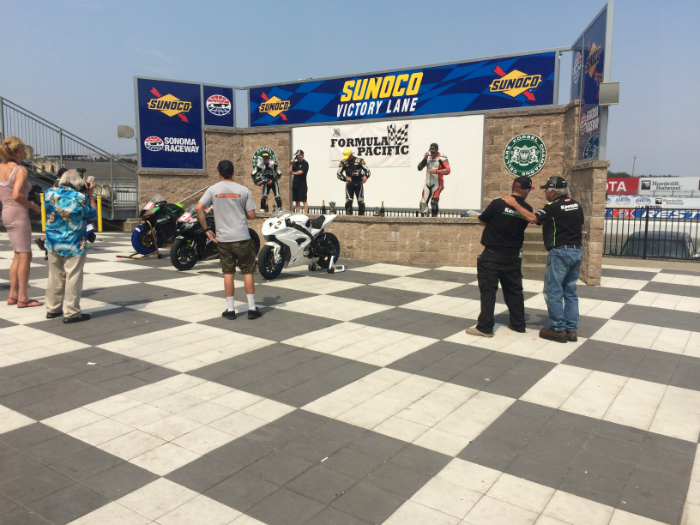 Race 10 is 700 Superstock, lightweight twins, and formula singles. 700 Superstock is a battle of 3 but it’s the three fastest 650 twin riders in the Afm. Sam Romick is the only one who’s had anything for Martin Sullivan’s pace today and Joshua Davies is right there with them. Sam’s bike looks like trash but it works whereas Martin’s TWF sv 650 is about as sweet as they come. In Lightweight twins Brett Vorhees and Marc Edwards broke away from the pack. Marc passed Brett for the lead but there was no getting away. The battle in lightweight twins came down to the line but Marc Edwards won it by about one bike length.
Race 11 is 600 Superbike. Ezra Beaubier and Brandon Crawford seem to be our most successful 600 riders this season. They’re one and two in both 600 classes which means they start first and second in this race. The two of them broke away at the front and they battled hard the whole race. Brandon passed Ezra at about half race distance. Ezra fought back. The back and forth continued until the end of the race and Ezra came out on top.
Race 12 was Open Superbike. Tyler O’Hara got the holeshot. The race was pretty uneventful but Tyler pulled off the hat trick, meaning he made it three wins in a row this weekend! Wyatt Farris finished second and Chad Swain finished third.
I apologize if I missed any race action you would have liked to hear about! AFM usually has more than one race going on at once and it can be hard to keep track. 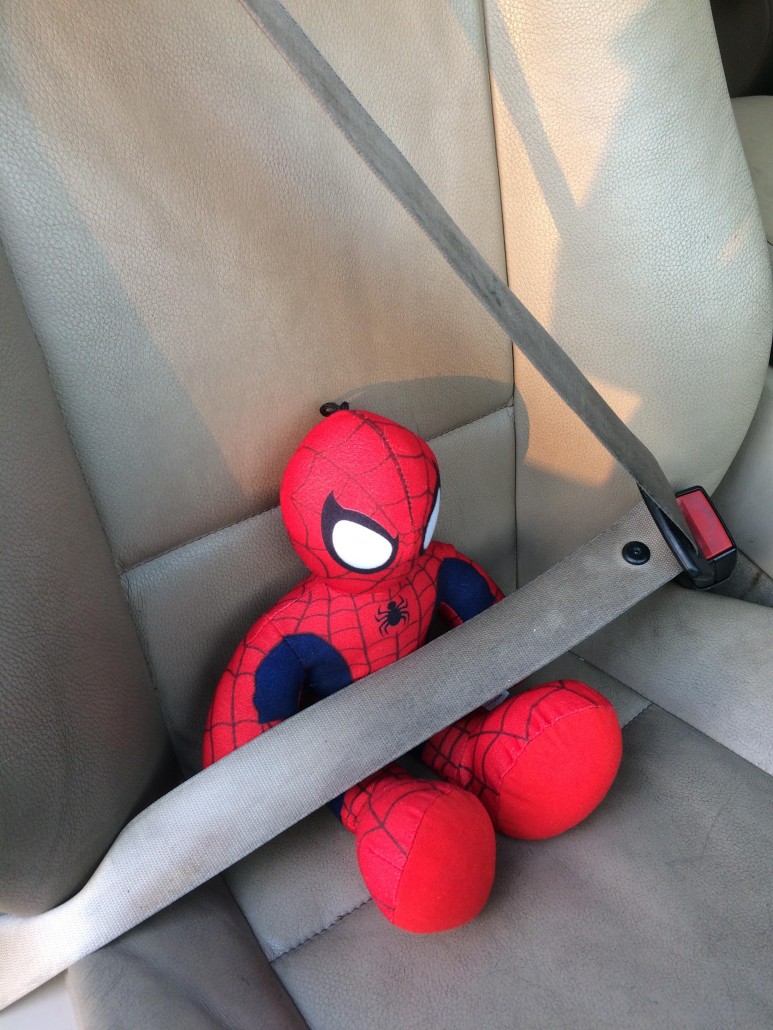