Aguilar Racing is excited to announce the addition of RiderzLaw as title sponsor for the remainder of the 2017 MotoAmerica season. The new alliance will be RiderzLaw/Aguilar Racing. Following a double win at Utah Motorsports Campus last weekend, team owner/rider Jason Aguilar currently leads the MotoAmerica Superstock 600 Championship, heading into the two California rounds. 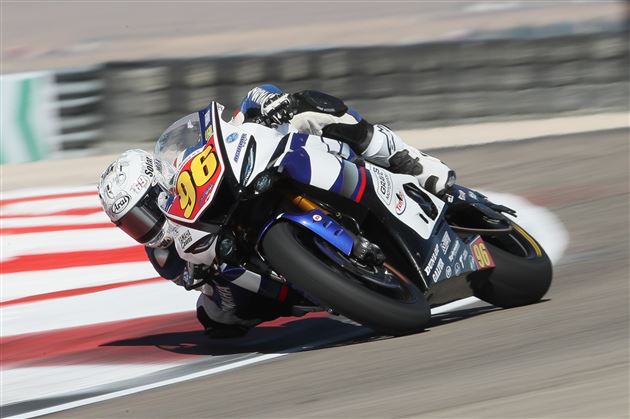 MotoAmerica will share Mazda Raceway Laguna Seca with the FIM Superbike World Championship from July 7-9, then move to Sonoma Raceway for round seven of the series from August 11-13. Come on out to cheer on the RiderzLaw/Aguilar Racing team as they continue their quest for the MotoAmerica Superstock 600 Championship.

“We are proud to expand our support of American motorcycle racing by announcing our title sponsorship of Jason Aguilar for the remainder of the 2017 season. Jason represents the best in the sport, both on and off the track,” says attorney and RiderzLaw founder Sy Nazif.

Jason Aguilar: “I am really excited to have RiderzLaw on board for the rest of the season. As a new team this year, we have been working hard to attract key sponsors so we can continue to compete with the big-name teams. RiderzLaw has been a great sponsor, and the added level of support having RiderzLaw as title sponsor allows us to focus on the Championship. Thank you, RiderzLaw!”

RiderzLaw has a dedicated team of lawyers who are experts in helping victims of serious motorcycle accidents. For more information on how to contact RiderzLaw, please visit riderzlaw.com or call 1-888-5-RIDERZ. Follow RiderzLaw on Instagram, @riderzlaw.