RiderzLaw-supported rider Josh Herrin of Meen Motorsports notches his first Superbike podium finish in Race 2. Herrin would take to the front during the early stages of the race before yielding to the pair of Yoshimura Suzuki Factory Racing riders Toni Elias and Roger Hayden. He then battled with Cameron Beaubier before getting the best of the Monster Energy/Yamalube/Yamaha Factory Racing rider to take 3rd and the final podium spot for the race, his first podium finish in class since moving up from Superstock 1000 this season.

Jason Aguilar makes it three-in-a-row as the RiderzLaw/Aguilar Racing rider takes victory yet again during the weekend’s Superstock 600 class. Starting in 8th place overall for the combined Supersport & Superstock 600 race, Jason made it up as high as the 4th position overall in the race onboard his Superstock Yamaha R6 before yielding the position to Supersport rider Daytona Anderson of M4 Rickdiculous Racing Suzuki, taking his third consecutive victory in his class.  “I couldn’t be more stoked the way things are going so far and I’m hoping to keep improving every round. Can’t wait for the next round at Sonoma!” 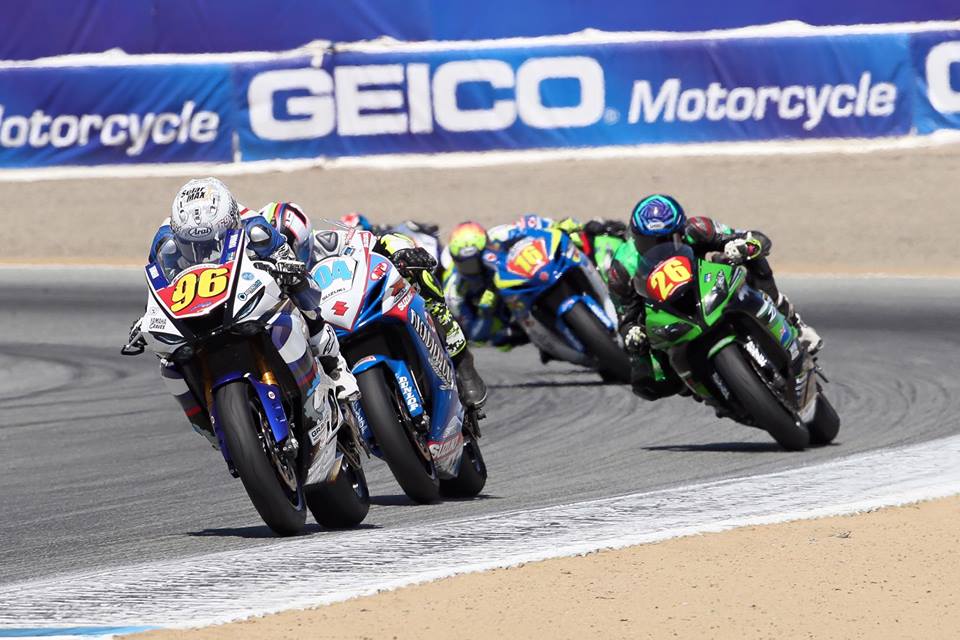 Also in Superstock 600, RiderzLaw Racing rider Robert Pierce onboard his Yamaha R6 has a weekend to remember despite a start to forget. A mistake during the first Free Practice session of the weekend meant lost track time for the Yamaha rider, but Robert was quick to shrug it off and return to the track in the following sessions. Robert would miss out of Qualifying for the race by just .007 of a second, but a win during the Last Chance Qualifier race secured him the 25th spot at the grid for the main race. Robert climbed positions during the race, settling in behind Ezra Beaubier before passing the One6Sport rider en route to an 18th place finish overall for the race, 12th in his class.

In the KTM RC 390 Cup – a class presented by RiderzLaw during this round and again at Sonoma Raceway in August – RiderzLaw Racing rider Gray Pham of Team MotoTriad has his best qualifying result in class, securing 4th place on the grid for the 12-lap race. Gray proceeded to record the fastest lap in the race and fought for the final podium spot before relinquishing the position in the final lap to finish 4th place.

RiderzLaw has a dedicated team of lawyers who are experts in helping victims of serious motorcycle accidents. For more information on how to contact RiderzLaw, please visit riderzlaw.com or call 1-888-5-RIDERZ. Follow RiderzLaw on Instagram, @riderzlaw.