Jonathan Rea remains on his best form to date with yet another double victory at the Assen round of World Superbikes. He now has seven wins in eight races across the first four rounds of the season. This is now his best start to a season since joining the Kawasaki Racing Team squad. Remarkable, considering how dominant he’s been in the past two seasons en route to back-to-back world titles. Yet I think this third year of pairing between Rea and KRT is proving to be the most uphill battle his rivals have had to climb.

And things are starting to crack under the weight of Rea’s stronghold. 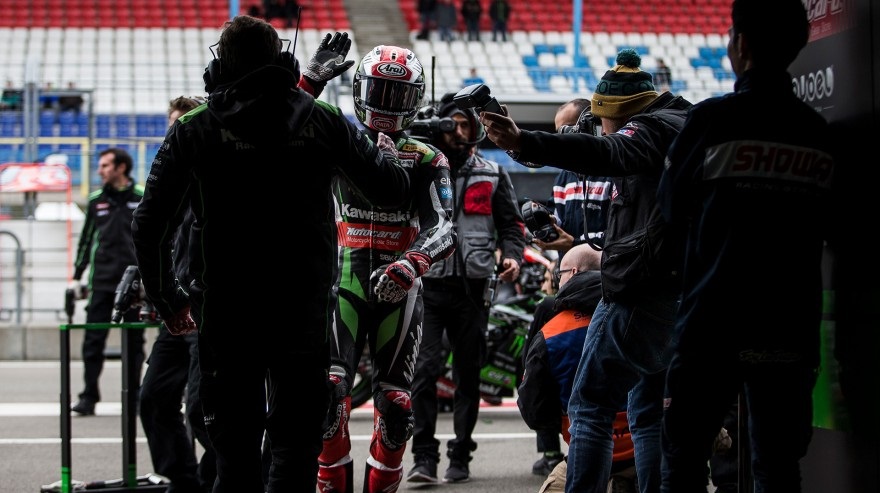 Rea is making this all look too easy.

Davies has but one win in the season so far onboard his Aruba.it Racing Ducati, a far cry from the expected form he would carry from the last half of the 2016 season when he went on to take the six consecutive victories in the season’s final three rounds, ultimately taking two more victories than Rea. Finally it seemed Davies and his Ducati have found their pace to mount a proper challenge to Rea for the 2017 season, but it seems that it was Rea that picked up where Davies had left off a season ago, and the frustration is becoming ever more palpable on the Welsh rider.

During this round’s second Superpole session, Rea would impede Davies’ attempt at taking the pole position from the KRT rider by seemingly cruising right on the racing line as the session was coming to an end. Davies was still on a flying lap bent on snatching pole position from Rea, but the Ducati rider found himself bearing down on Rea exiting a corner, causing him to swerve from the racing line and abort the lap to avoid rear-ending the Kawasaki rider. Frustration was evident out on track, and it spilled over to parc ferme when Davies confronted Rea about the incident.

Davies frustration would continue on in Race 1, as his Aruba.it Racing Ducati would fail to finish the race from an electrical issue with just two laps remaining after Davies had led since the start of the race, yielding no points scored towards the championship. He would salvage the weekend by taking third place in Race 2, but it meant slipping back a position in the points championship as Tom Sykes would take over second place by the strength of his two second place finishes in this round. Davies now finds himself 84 points back from championship leader Jonathan Rea. 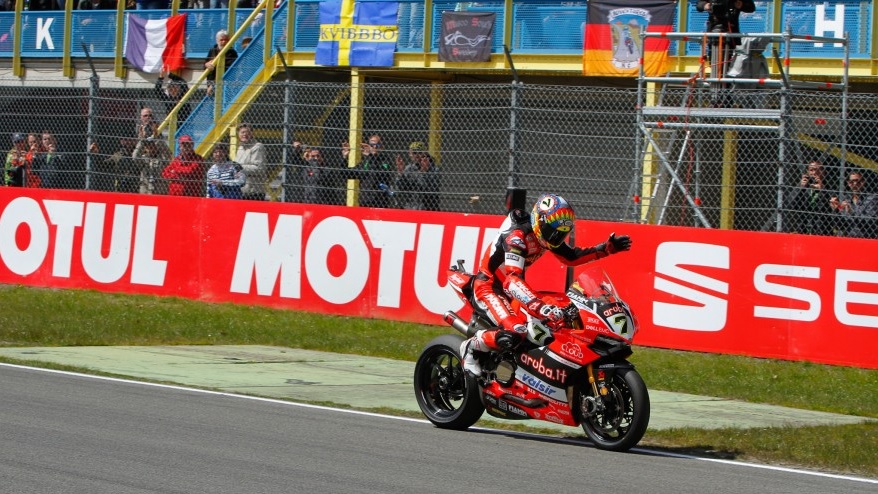 Things are not getting any easier for Davies.

He now hopes to find much needed traction to his title campaign at Imola, a circuit where he took double-victory in last season. Problem is, so has Rea, onboard both his scalpel-sharp Kawasaki ZX10R, but also onboard the long-in the tooth Honda CBR1000RR in 2014.

The frustrated train may just continue on for Davies and Ducati.