This weekend I set out to take an epic landscape photo of Los Angeles at sunrise. I have wanted to frame a city shot for months now, and I thought I’d finally found the perfect location to take a good vantage point shot. However, things don’t always go as planned.

My location was supposed to be San Vicente Mountain Park. They have a tower at the top of a mountain, which offers great views of Los Angeles. I’d looked up the directions, and even visited the website for directions to the park. My motorcycle was fueled and ready to go. I even had my alarm set for 5am. I was ready.

I input the address given on the park’s website into my cellphone and rode north before first light. For the most part, the US 101 North was a dream. Not too many cars on the road and I was able to get pretty far before I ran into any lulls in traffic.

When I was about a mile away from my exit there were about three lanes closed for construction. I didn’t sweat it though; I’d already made really good time on my travels, and was more than halfway to my destination.

My problems began once I started driving through the neighborhood, which led to my destination, supposedly. The neighborhood drive was a steady incline, but I wasn’t thrown off or surprised. I’ve been on a number of hikes that start off near family neighborhoods. The problem was my GPS led me to a dead end. My GPS kept insisting I turn left, but it was literally not an option.

I parked my bike and went to the park website yet again. I confirmed the address I used was correct and even got on Google in hopes of finding an alternate route. I even jumped on a different website, Hikespeak, but didn’t find any comments or suggestions on ways to get to the location that differed from the official website of the park.

Sadly, I watched the sun rise while I drove back to Los Angeles. Because I was aware of the construction on the US101, I decided to take back roads. I set out on Ventura and then turned onto Laurel Canyon to get home.

The roads were pretty empty, and fun. However, Lauren Canyon is horribly paved and needs to be replaced sooner rather than later, especially considering the back-to-back curves. There were times I was sure I was going to blow a tire from the potholes I kept hitting.

All in all, my trip did not go as planned. However, I was able to regroup, and get some sunset photos of the city from the Griffith Park Observatory. So, I guess the lesson of this story is that even when things don’t go your way, be happy you at least had the opportunity to enjoy the ride. 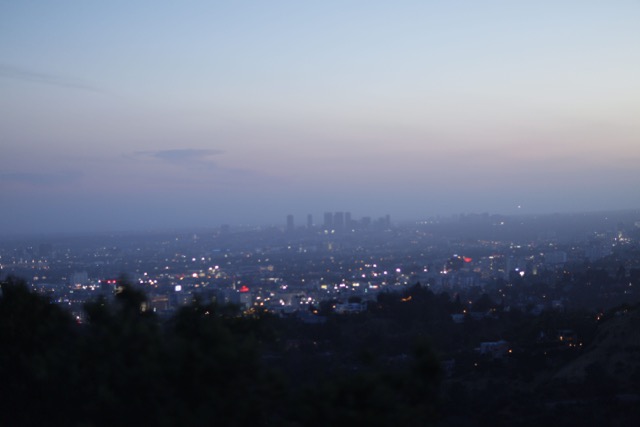