Chaz Davies has been the ‘King of Spain’ for the Aragon round of World Superbikes for the last half decade now, finishing on the podium six out of the eight races held at the circuit in the previous four seasons, five of those coming by race wins including two double-wins in 2013 onboard a BMW, and again in 2016 on the Ducati. As a rookie to the class in 2012 onboard a satellite Aprilia RSV4, Davies took his first career Superbike podium at this circuit.

Suffice it to say, Chaz knows the quick way around Aragon. So it was all but a given that he again would be the favorite to rule the weekend coming into the 2017 Aragon round. His rival Jonathan Rea may have been on a roll with his 100% win rate during the first two rounds of the season, but Aragon is Chaz’ turf, and not only is he on the same bike he did the double on a season ago, he’s only gone quicker on the Ducati since. If Davies was going to stop Rea’s roll, it would be at this circuit, at this round. 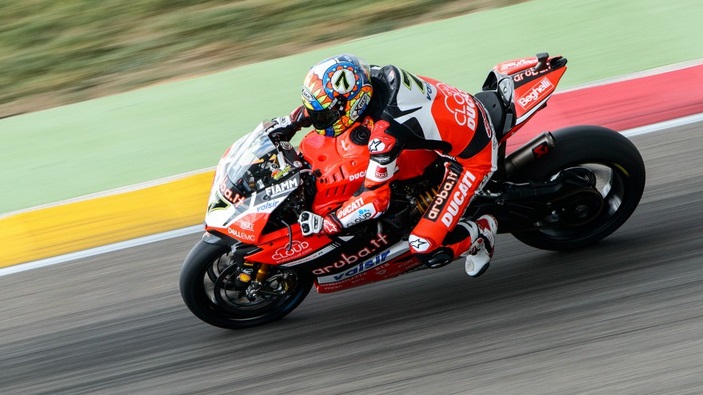 Chaz would position himself to do just that by nabbing pole position on the grid for the first race, in which and as predicted, Chaz would proceed to lead every lap nearly from flag to flag. Only it didn’t play out like a dominating performance from the Ducati rider, as Jonathan Rea kept the Welshman honest for fifteen of the eighteen lap race, Rea onboard his Kawasaki staying within striking distance of Davies for the duration of the race. Davies’ gap to Rea never got to more than half a second, which only occurred during the sixth lap. Davies was doing exactly what he was expected to do, but it was Rea staying close the whole time what was not part a foregone conclusion. Chaz looked set to get the job done anyway, but the constant pressure from the Kawasaki rider finally culminated into a mistake from Davies, who would crash out of the lead into the final corner, with two laps remaining. Jonathan Rea would take victory in the first race, checking off an item in his to-do list by finally taking the first victory of his career at the Aragon circuit.

And while Davies would stand his ground in the second race, taking an impressive victory from a tenth place position at the start (thanks to the grid reshuffling between races) and taking the fight to Rea until the final lap, the fact is that for a weekend when he was pegged to be at the top of the mountain, Chaz Davies was only able to keep five championship points away from the hands of the reigning world champion. And it took everything that the Welshman had in him and his Ducati to keep those five points away from Jonathan Rea, who turned out was not at his 100% healthiest during the weekend. Yet it still took 101% talent, skill, dedication, and tenacity from Davies to best Rea once between two races.

These days, it seems a formidable task to stand your ground against someone who keeps breaking new ground. 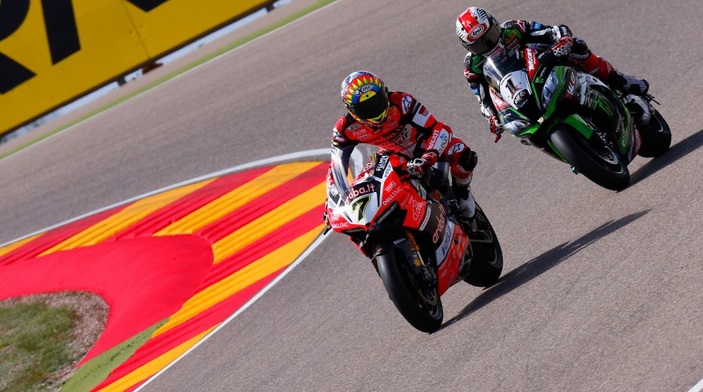