Since I’ve become a motorcyclist, parking has been one of my favorite perks, yet also one of my biggest frustrations. Although it may be easier to park my bike, it’s also easy for strangers to tamper with my motorcycle. There’s honestly only so much you can do to protect your bike, and it’s made me a little more paranoid than I’d like to admit.

I manage the best I can. Mostly I just make sure I only park in areas that aren’t too sketchy, and do a little research if I’m going somewhere unfamiliar. Surprisingly enough, it’s not the foreign places that give me the most grief when parking, it’s my own neighborhood.

When I had my Ninja 250, it barely got touched by strangers in my neighborhood. I’d park it on the street and even leave it uncovered sometimes. It never even got knocked down while parked. I kind of miss these days, but the upgrade was necessary.

Things changed immediately once I got my Suzuki 750. Even when I started taking extra precautions by keeping my bike covered, buying an alarm, and parking defensively, I still had problems with unwanted attention. So much negative attention that I started paying to park my motorcycle in a parking garage instead. 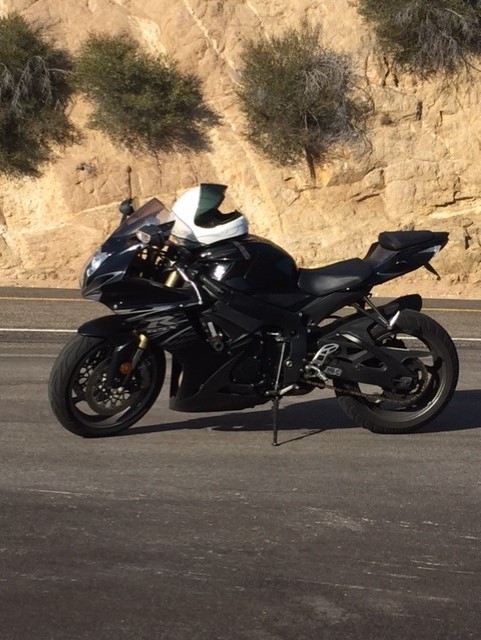 This shift in location helped a lot as not just any random riffraff could have access to my bike. I still went the extra mile and parked in hard to reach nooks and crannies of the garage. Whatever it takes to make it difficult for my bike to be stolen, I do it. However, every now and then I’d still run into problems with people tampering with my ride.

One time someone took the rubber casing off one of my pegs. Often I’ll see the gas lid lifted on my bike, or my ignition switch flipped on. It’s annoying to say the least. Why can’t people keep their hands to themselves?

However, for the last few months I haven’t noticed any tampering with my ride. What’s changed? More motorcycles started parking in the garage. There are now three other motorcycles who now park near me. It’s a tight fit, but we all make do and even leave room for each other now.

Maybe people think twice before messing with a group of motorcycles because there’s a bit of danger in messing with multiple biker’s rides? It’s nice. I feel like we look out for each other, and it’s always nice to make new friends. I encourage all bikers to park near other bikes because it seems there’s some security with multiple bikes being a bit of a deterrent for vandals.