Most people know me from racing in the MotoAmerica Ktm Cup. Now that I’ve made the move onto a 600 I get asked frequently what the difference is between the 390 and the R6. My 390 was a spec cup bike, so I didn’t have as much horsepower as a regular 390 and I was required to run DOT tires and had to ride the bike accordingly. The first thing that jumped out at me when I rode the R6 for the first time was the lack of that problem. The 390 chassis is pretty good but the lack of horsepower and bad tires create handling problems that are hard to tune out even with good suspension. The 390 is all about momentum of course, but even with my lanky build I could never carry the amount of lean angle I wanted to, and that was a limiting factor on corner speed. The R6, even though it’s a superstock bike, is pretty open to setup. So the biggest difference right off the bat is real race tires that allow you to dial the suspension in and make the most out of what you have.

I know what you’re thinking, “Isn’t horsepower the biggest difference between the two bikes?” Yes and no. The power makes a big difference but not necessarily in the way you would expect. The R6 makes almost 100 horsepower more than the 390 but I knew that before I got on the bike so the seat of the pants feeling didn’t come as a surprise. It does come into play in the method used to exit a corner. Corner exit on the R6 is one of the things I’ve been working on lately. On the 390 the fastest way around the track is usually the longest way around the track. With no power to speak of, there’s rarely any advantage to having the bike pointed straight and down when exiting a corner – it’s often best to keep the bike on the edge of the tire for as long as possible to take advantage of the smaller diameter of the side of the tire. The R6 has enough power to spin the wheel when it’s on the edge of the tire so sometimes you can make use of that to decrease the radius of a turn. The added power of the R6 means you have to assess the track differently and figure out where you can hold a tighter radius without losing time. In other words, you can travel a shorter distance around the track because you don’t have to worry as much about holding your momentum.

More than anything, the cup bike’s lack of power makes it unstable. A bike that light and small is going to feel unstable and twitchy no matter what, but it’s way worse when the bike doesn’t make enough power to load the chassis. The bike is designed to be making over 45 horsepower so dialing it back to 38 is a lot like coasting everywhere. We’re not even allowed to have a steering stabilizer in MotoAmerica, so every little breath you take will upset the bike. I am glad I learned to ride like that because you don’t really get that effect on a bike that’s as stable as a well sorted R6. The smoothness I learned on the 390 definitely made me a better rider.

However, with all of that said, the bikes aren’t as different as I had initially thought. I had it in my head that the R6 was going to be a totally different animal from the 390. The first couple of times I rode it I was in the mindset that I had to throw basically everything I knew out the window and start over. I rode the R6 like that a couple of times and then when I went to the AFM season finale at Buttonwillow. I relaxed and reverted back to some of my 390 habits and I was faster. Buttonwillow is a track that up until then I had only ever ridden on little bikes like the 390. So I didn’t know any other way to ride the track than little bike style and that made me realize that more of the skills I learned on the 390 applied to the R6 than I initially thought. It was kind of an epiphany for me. 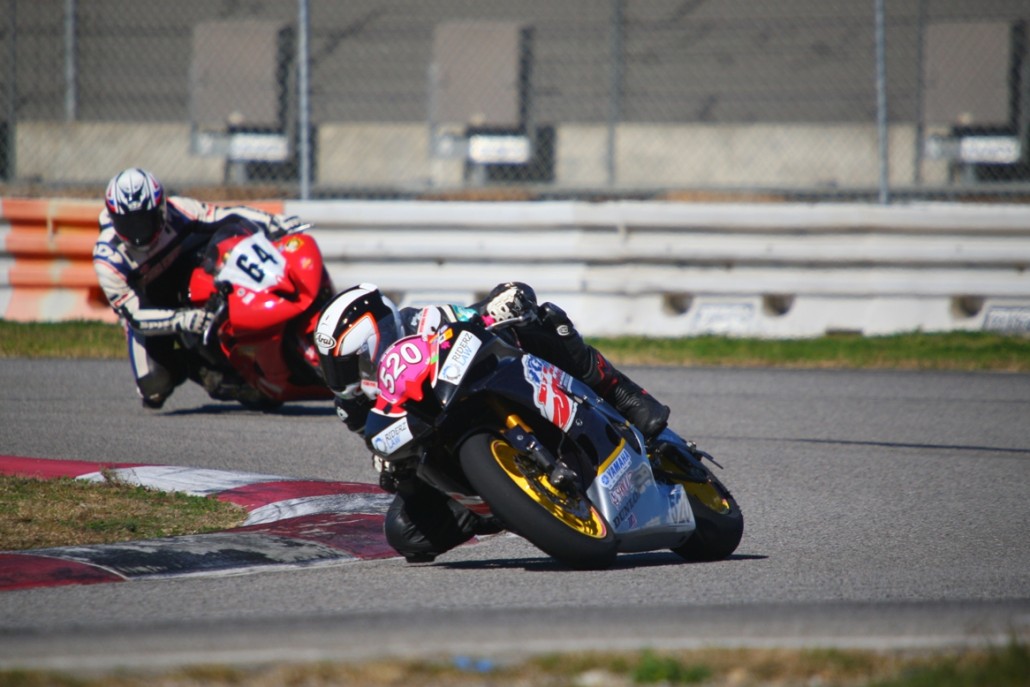 The jump between a 300 class bike and 600s is huge. In hindsight it might have been advantageous to ride the R6 as a 450 at first. Going from the 390 to an R6 has made me a believer in making a middle step between 300s and 600s. 450 cripples and 700 twins are definitely great learning tools for riders to develop their skills. It’s definitely been a learning curve with the R6 but that’s why I made the decision to step back to club racing for a year of development before jumping into 600 Superstock with MotoAmerica. Look for me in 600 Superstock in our 3 west coast MotoAmerica race rounds!