One day in 1906, a movie camera was mounted on a trolley in downtown San Francisco. It was a nice day, people out in their Sunday best. The movie shows the chaotic traffic on Market Street, no traffic signals, people running out of the way of Tin Lizzies and trolley cars. Private cars dodge this way and that, making me cringe as they dart in front of the trolley.

There are numerous people out for a Sunday drive in their motor cars, interspersed with a lot of horse-drawn traffic and one bicycle. Somehow they manage to avoid each other, and the pedestrians who pop out onto the street.

I was a motorcycle messenger in San Francisco for a few years. I think Market Street was a lot safer when I was riding for Lightning Express than it was in 1906. Those guys drove their flivvers like go-carts!

Thanks to this movie maker, you can decide for yourself:

When people hear San Francisco and 1906, they usually think of the great earthquake that destroyed the city. Oddly, this movie was shot four days before the earthquake hit. All those people enjoying their Sunday, blissfully unaware of the Hell about to rain down on them.

When I looked at that film, not only do I see impending disaster, but a transit system in flux. Horses and horse-drawn wagons are hauling goods. Several folks are out for a ride on Old Dobbin. Horses and automobiles were common even through World War One. Calvary these days don’t ride horses. 100 years ago, transportation was in the same transitional state as we are today.

With a few exceptions, motorized vehicles no longer share the road with horse-drawn buggies.

For centuries, our vehicles had minds of their own. Automobiles removed that extra horse-brain from the equation, but now, self-driving cars are replacing the horse brain with computers. You’re not the captain of the ship in a self-driving car, you’re just a passenger.

One problem is the ethical question, in a potentially dangerous situation, the car is programmed to protect the “driver.” This could put others at risk, as well as open up vast avenues for writing new laws addressing inevitable lawsuits from people negatively impacted by these cars and their programming.

Another problem, the self-driving cars aren’t autonomous. The passenger is still required to sit there and monitor the car’s performance, which means reading a book or watching a video is still off-limits.

Indeed, the first person to die in a self-driving car was watching Harry Potter when his car hit a pole.

So, you can’t drive, but you can’t relax either. You are relegated to the role of spectator, about the most boring position known to humanity. “Sit still and watch.” I can’t think of a better way to accidentally fall asleep. It’s hard enough to stay awake sometimes when you’re actually manning the steering wheel, as any driver can tell you. It’s a lot like having math class after lunch, and trying to stay awake through it.

The car that crashed, killing the passenger who wasn’t paying attention; reports are that the camera system was blinded by the glare of a white panel truck, which led to the accident.

This autonomous car industry is still a fledgling; yet Uber is already planning a fleet of self-driving cars. However, flooding the roads with imperfect vehicles might not be the best idea.

Of course, one of our main concerns as motorcyclists should be, “Where do we fit into all this?”

Let me first state that autonomous, self-balancing motorcycles might be in the future, but I will say this. Not just ‘No,’ but “Hell no!” Taking a self-driving bike out for a ride would be like riding the Autopia cars at Disneyland, only bigger. 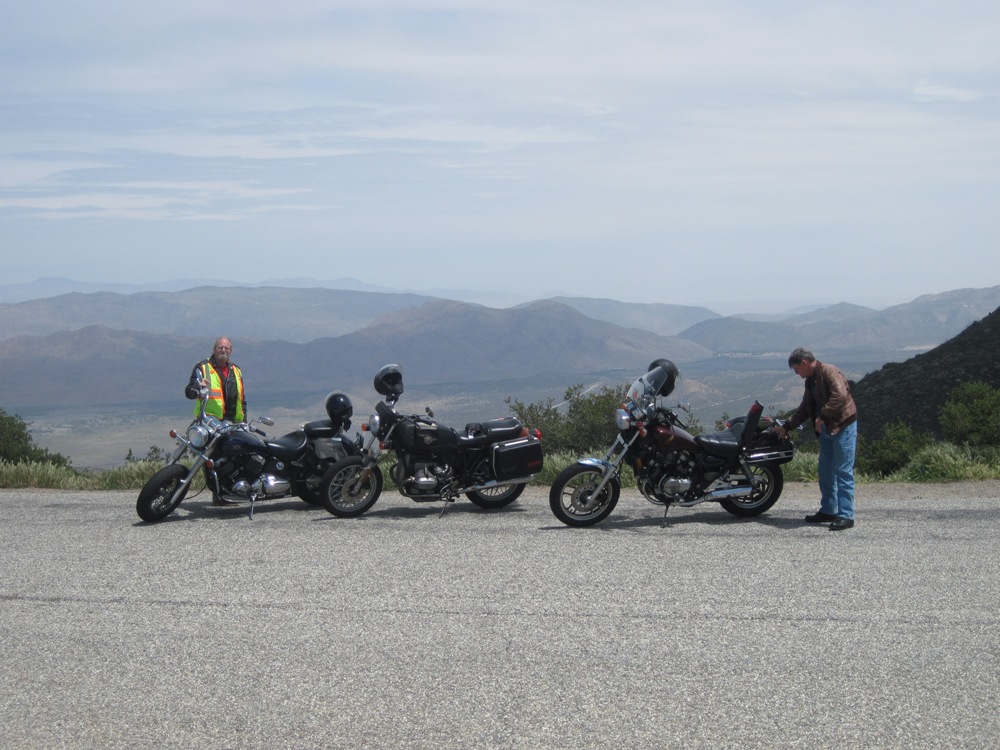 When America was transitioning from horses to new-fangled horseless carriages, there wasn’t much in the way of traffic laws or infrastructure. Wagons were suited to rutted dirt tracks, and horses weren’t owned by most folks.

In the 1950s, the freeways were rolled out; four lanes to suit the movement of the military, as well as those giant Bulgemobiles they were driving back then. Traffic laws were being initiated as well, to handle the rising tide of motorists.

There are no horses on our freeways, but we’re going to have a mix of autonomous cars, semi-self-driving cars, motorist-driven cars, and motorcycles.

This trend raises a lot of new questions.

How will autonomous cars detect motorcycles? We are less visible to radar guns, and many traffic light trigger pads don’t register bikes. More importantly, how much attention are these manufacturers putting into this issue? Will bike detection be a priority, or just one of those things that come with the industry, like the ‘save the passenger’ programming of these vehicles? Will your car run down a line of nuns and kindergarteners to save your neck? Would you want that on your conscience?

How will autonomous cars share the roads? Will freeways assign them a lane, or will all motorist-driven traffic be relegated to a re-purposed HOV lane? There is limited space for expansion on SoCal freeways, and the HOV has become a kind of ‘pay to play’ lane you can buy access to as a solo driver if you can afford it.

Almost certainly, at some point motorist-driven vehicles will fade into history, but right now, the industry is new and finding its way into the future of transportation.

However, if riders have to someday reserve a traffic slot to embark on a group ride featuring self-balancing, self-riding motorcycles, I’m out.

I used to ride the Autopia ride every time we went to Disneyland, until I learned to drive a car.

As Huck Finn said, “I been there before.”