Monday following the crash from the previous Saturday, I met with the orthopedist I had chosen. He had good reviews for doing good work, although it was also said he didn’t have the best bed side manner and tended to just “tell it like it was.” I was okay with that, I just wanted someone who would do good work, that was my primary concern.

When he looked at the xrays, he was NOT happy I had been sent home. He seemed to think the ER should have treated it that day, but alas, they hadn’t. I ended up developing a fracture blister by the time he saw the injury, so that was going to complicate matters since he couldn’t access the tibia surgically until that was healed. He planned a surgery for the following Tuesday, and I went home with pain meds and appointments. 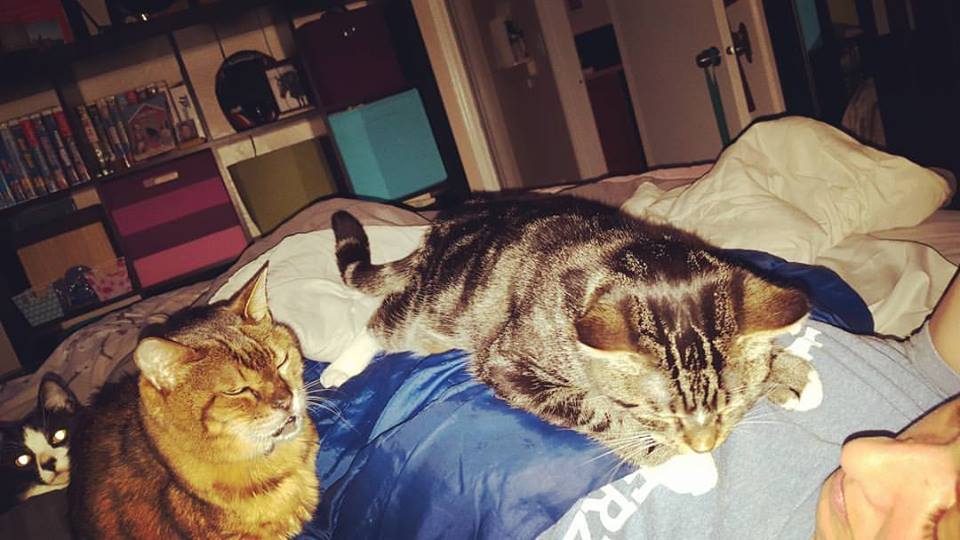 My home care unit – it was actually surprising how much this cat was worried about the injury!

Some other little things that came up were simple things we tend to take for granted. The first couple days I had to rely on Lyft to get anywhere, until I could trade trucks with my teammate (who has an automatic). Additionally, now doing any running or anything else was going to be rather difficult – since my house is on the second level, I had to navigate stairs anytime I was in and out. Thank goodness for my friends, grocery delivery, Amazon, and my own sheer stubbornness I was able to manage, although not without extreme frustration at times.

Thankfully, both of my jobs were extremely understanding off all of this. My full-time job was fine with me moving to primarily telecommuting with only going into the office as needed. My part time job was more than happy to give me a leave for as long as I needed. Both of these were a HUGE relief, and thankfully my full-time job is easily done with a mostly remote-based method. This allowed me to a) not have to use disability or worry about finances and b) helped keep me from going mentally bonkers.

My first surgery got cancelled at the last minute due to some equipment they needed not being available, so I had a choice of using the hospital on Wednesday or waiting until Friday. I wanted to get this going as soon as possible, so opted for the hospital. My friend came and picked me up and delivered me, and eventually in I went. I’m not sure what they used for anesthesia, but for some reason I was really struggling to pull out of it. Additionally, my throat was tore up – it was so sore and swollen I felt like I was struggling to breath. I’ve never had issues like that after surgery, so it was kind of scary. I was rather sick when they sent me home, and for the first time, I was actually pretty scared to be at my house by myself. Thankfully a few hours sleep helped and I was able to update everyone that I was okay, and I wasn’t as worried about being at home (I had someone who lived nearby if I needed them, but no one in the house).

That surgery was going to be the first one of two. The orthopedist was able to plate the fibula and then installed an external fixator to hold the tibia in place until the fracture blister had some time to heal. Surgery round two was scheduled at the end of the month, so I had two and a half weeks to get around with this contraption on my leg. 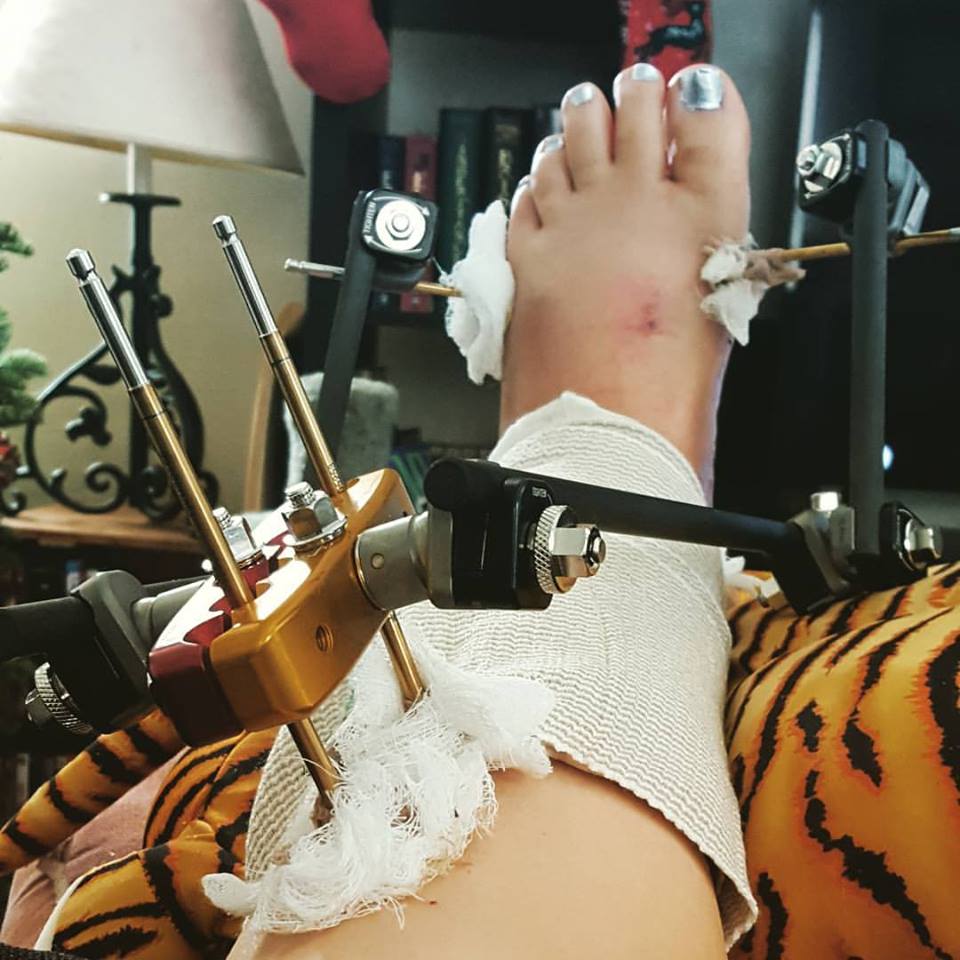