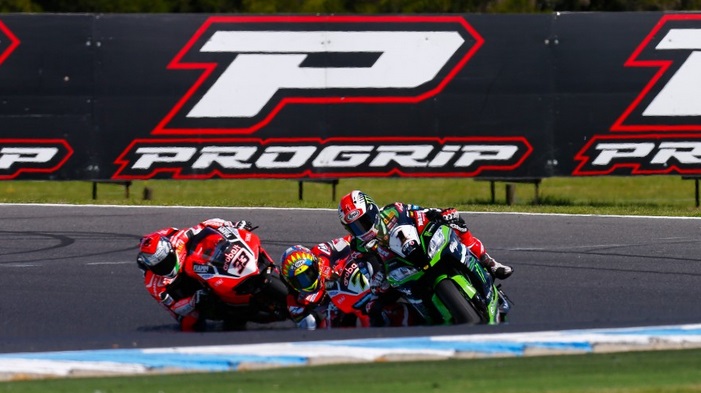 World Superbikes makes a return this past weekend for Round 1 at Philip Island (AUS), and last season’s main title contenders picked up right where they left off in 2016 to start off the 2017 championship season.

Jonathan Rea (Kawasaki Racing Team), Chaz Davies (Aruba.IT Racing – Ducati), and Tom Sykes (Kawasaki Racing Team) – 2016’s top three title finishers – were found at the front leading the grid in this opening round like they did for most of the previous season. The three would finish first, second, and third respectively for Race One, and it was only this season’s change in determining the starting grid for Race Two that served to shake up the status quo.

Confusing? Oh yes. Effective? That’s to be determined, as the shake up in the order did very little to keep the cream of the crop from rising. It only took Rea and Davies about a lap and a half to find their way to the front and continue their battle in Race Two. Of the three most greatly affected by the new gridding system for Race Two, it was Sykes that was affected the most, as he was unable to stay with Rea and Davies in carving through the field, ultimately taking a 6th place finish in Race Two from starting 9th. 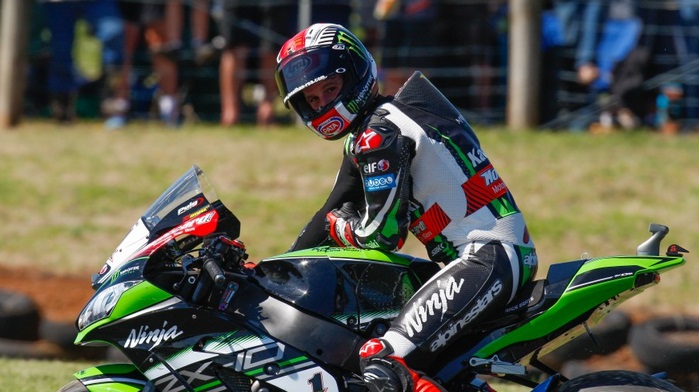 Return of the King

Rea would start his second title defense with a fairy-tale weekend; taking the pole position, a new lap record, and a double win to start his 2017 campaign for a third consecutive championship. And while Davies failed to spoil Rea’s party for this round, the factory Ducati rider notched his best start to the season since joining the Italian team in 2014 by finishing second in both races. A 10-point deficit to his rival Rea is the best start he’s had since riding for Ducati, a recurring issue in previous seasons that has come to haunt his title campaign towards the latter stages.

A Return of Old Challengers

This season also marks the return of previous riders that have battled for championships, as Eugene Laverty returns from his two-year stint in MotoGP, and Marco Melandri after a one (and a half) year hiatus from racing. Both riders have previously finished within the top three of the Superbike championship in recent years, and both make their returns on title-winning machinery. 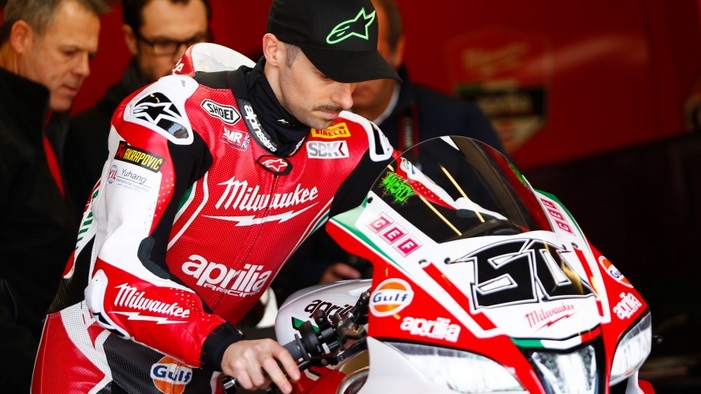 Eugene Laverty may take a few rounds to get back to his Superbike roots after spending the last two season in MotoGP, and though his new team (Milwaukee Aprilia) are also coming to grips with running a new bike, the RSV4 is a proven platform that has won multiple titles with the likes of Max Biaggi and Sylvain Guintoli on its saddle. And Eugene Laverty is a Superbike rider with pedigree, having notched wins on three different machineries before trying his hand at MotoGP.

Equally as fast and talented on a Superbike is Marco Melandri, a former MotoGP race winner who moved to the WSBK grid back in 2011. Since moving to WSBK, Melandri has never finished the championship lower than 4th place, his best result being second in the championship in 2011, his rookie year in the championship. Like Laverty, Melandri is proven talent on any machinery, having ridden superbikes from Yamaha, BMW, and Aprilia. He now joins Chaz Davies in the factory Ducati team and despite ‘inadvertently’ taking time off from racing in the past year and a half, the Italian qualified in the front row and took a podium finish in Race Two of this round. 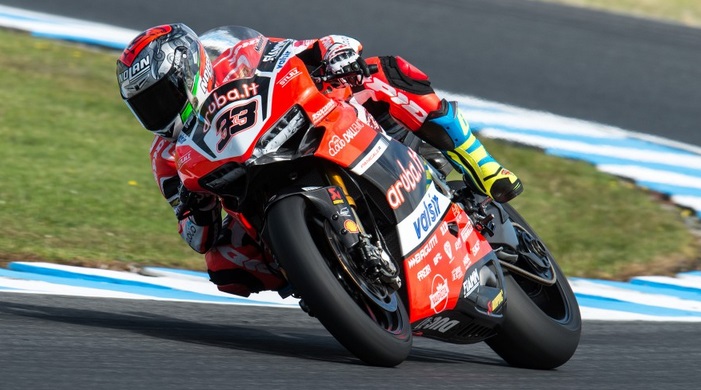 The novelty of the new gridding system between races will serve its purpose to a point, but the cream of the crop will always arrive at the front. I firmly believe that the return of the likes of Laverty and Melandri will provide more drama to the Superbike championship as it play out round after round. Jonathan Rea on his ZX10R remains the formidable pairing to topple, but this season may prove to be the hardest title-defense campaign for the champ with the return of familiar and equally formidable rivals of previous seasons.

World Superbikes is back, ladies and gentlemen, and with returning familiar faces comes an exciting new era for the championship!