A lot of people (myself including) thought this season’s historic run of multiple riders taking race wins ended after Dani Pedrosa became the season’s eight winner. Marc Marquez would go on to win the next two rounds after his teammate’s win during the Misano round, en route to securing his third title in the MotoGP class following his victory during the Motegi round. And even though Cal Crutchlow would take his second victory of his career in the same season during the Australian GP of the previous round, it was Marc Marquez who looked to take a commanding victory before crashing out of the race.

It really has looked like the status quo had returned. 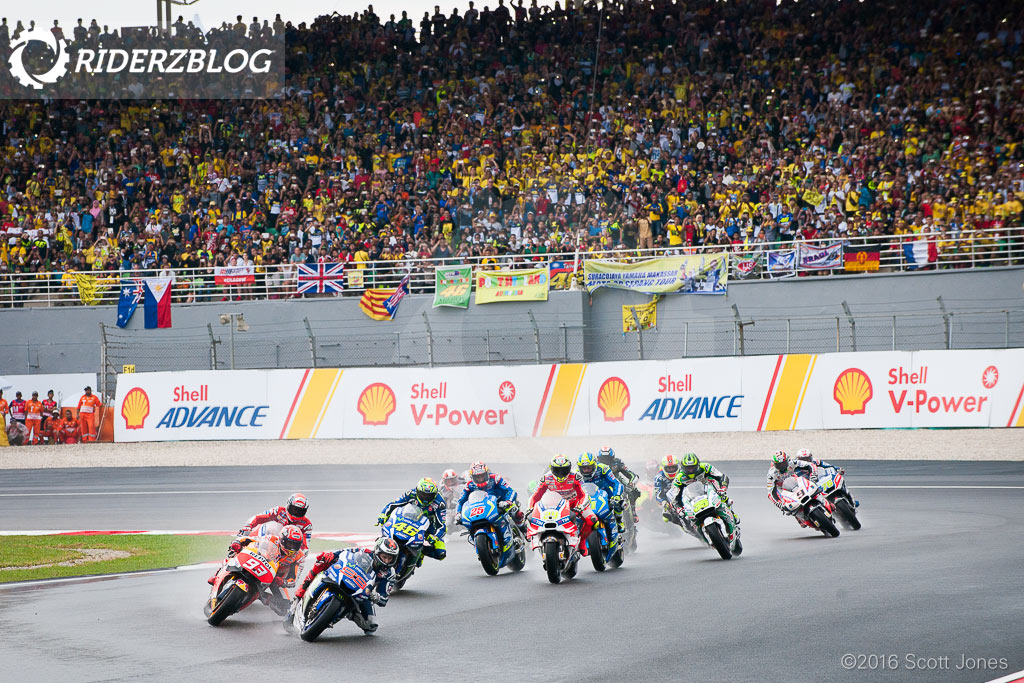 And during the latest round at the Sepang International Circuit in Malaysia, the usual suspects of Valentino Rossi, Jorge Lorenzo, and Marc Marquez qualified at the front of the pack, the sight of Andrea Dovizioso placing his factory Ducati GP on pole position the only thing that broke what looked to be a returning trend. Despite the characteristic and wet climate of the Malaysian round, there really wasn’t any foreboding feeling that we would have another repeat winner at this round instead of ninth.

When the wet race started it was Valentino Rossi who would take to the front at the end of the first lap, before Dovizioso’s teammate Andrea Iannone would take the lead by the second lap. Dovizioso was relegated to run third behind Valentino Rossi. The Italian trio would lead the charge up ahead for a better part of ten laps, while Marquez and Crutchlow followed not too far behind while having their own battle for which Honda rider would lead the other. Andrea Iannone looked on solid form leading at the front, especially remarkable since the Italian had not raced in the last four rounds as he recovered from an injury. Much like Crutchlow did at the previous round, Iannone looked on form to take a repeat victory this season and in his GP career. Unfortunately, after yielding positions to both Rossi and Dovizioso, Iannone would crash out of the race in the twelfth lap.

Valentino Rossi’s lead at the front would again not last long, as Dovizioso would take over on the fifteenth lap, and the factory Ducati rider would proceed to gap the Movistar Yamaha rider as Rossi would suffer from front tire problems as the race progressed. Andrea Dovizioso would proceed to gap Rossi by up to four and a half seconds before taking the checkered flag for his first win of the season, and only his second career victory in the premier class of the championship. 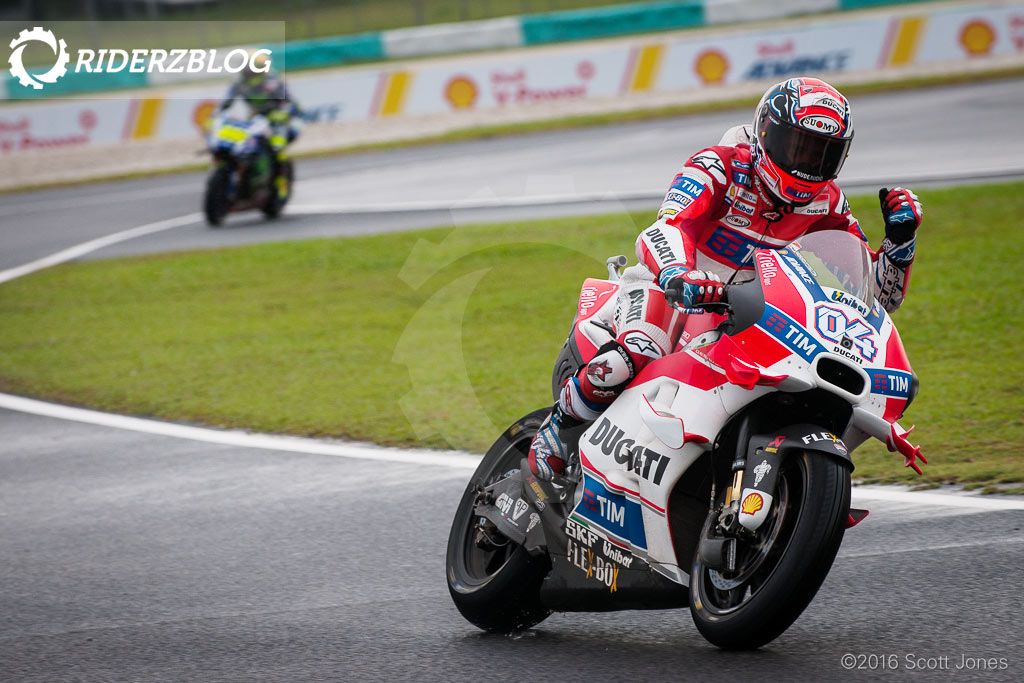 With just one round remaining at Valencia, surely there’s as good a chance as any that yet again we may see a different face on the top step of the podium. The ever-changing history of the 2016 season has taught us that we simply cannot count on anything we could usually count on.

But then that begs the question; who exactly is left that can best the nine winners so far, to become the tenth winner of the season?

One round left and I am in no way at all comfortable betting my money on any one anymore, under any given circumstances. What a remarkable season!