With the title all wrapped up by Marc Marquez at the end of the previous round in Twin Ring Motegi, the 2016 MotoGP show continues on at the Australian GP. And while the inevitable outcome of the championship has prematurely concluded, the roller-coaster ride that is this year’s Grand Prix racing returns to its unpredictable form by producing yet another unpredictable weekend of premier class action.

The weather once again played a dramatic part in the weekend’s proceedings, causing a few red flags during each practice sessions, and even leading up to the cancellation of the second Free Practice due to the conditions becoming entirely unsafe for riding. Going into the Qualifying sessions, there were four different riders leading each of the free practice sessions, culminating into the first Qualifying session for this round to include the likes of Valentino Rossi, Jorge Lorenzo, Maverick Viñales, and even Cal Crutchlow, while hometown rider Jack Miller, Stefan Bradl, and the American Nicky Hayden (riding in the place of the injured Dani Pedrosa) went straight into the second Qualifying session by the strength of their combined first and third Free Practice times. No doubt that the weekend’s various results had a lot to do with the weather and timing it. 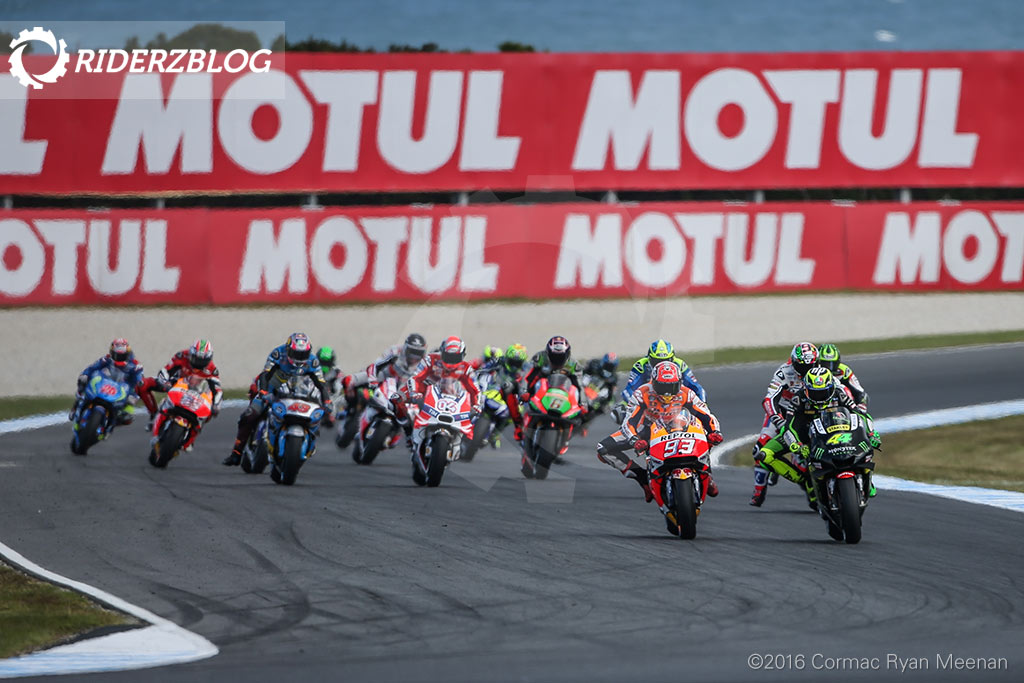 About the only thing familiar with the race was the sight of Marc Marquez taking the lead and running away with it early on, the Spaniard and his team seemingly having hit the nail on the head with their dry set up despite an otherwise weekend of wet weather practicing. Marquez was nearly half a second in the lead by the end of just the first lap, and he proceeded to compound the gap by at the same rate after each successive lap. The current world champion was disappearing off into the distance, right up until he disappeared from the race entirely on the tenth lap of the race, crashing out of the lead at Turn 4 of the circuit and unable to remount his utterly destroyed Repsol Honda RC213V.

It would be Cal Crutchlow to take the baton and lead the remaining band for the rest of the race, the British rider also proving to be on tremendous pace aboard his LCR Honda.  He admitted after the race, however, to have been wary after seeing Marquez crash ahead of him as he and the Spaniard were the two riders to have chosen the harder-option front tire. On top of that, a certain Valentino Rossi would make his way from qualifying 15th in the grid and into the second place position at just the tenth lap of the race following Marquez’ exit. 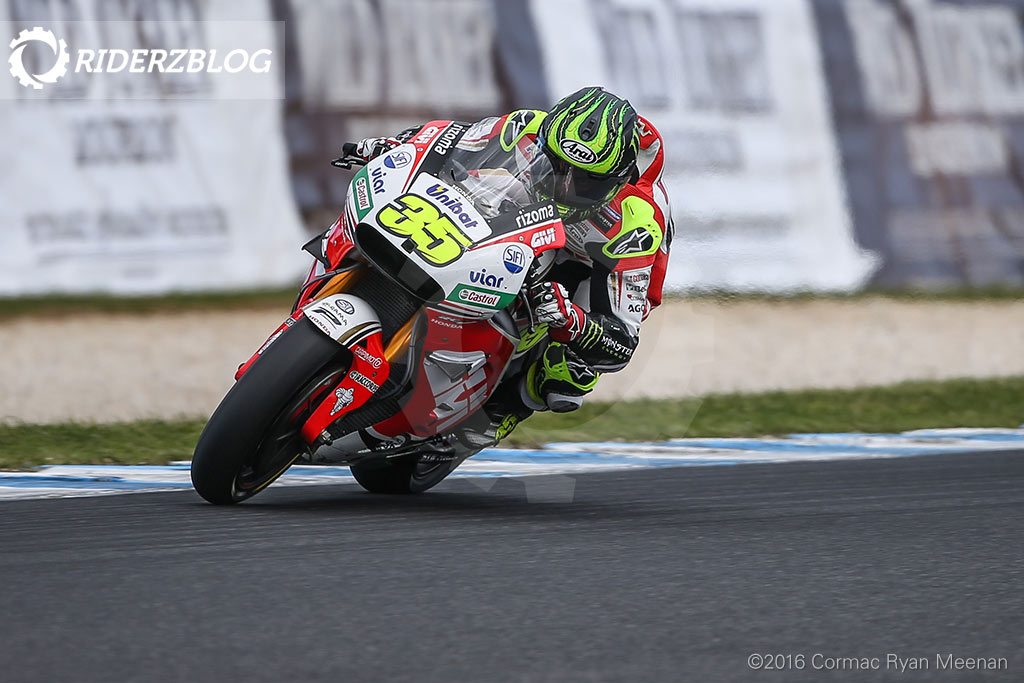 But despite his apprehension, Crutchlow would conduct himself just fine after all, as he already had almost a two second gap back to Rossi at the tenth lap, and he proceeded to only increase the gap back to Rossi as the laps went on. Crutchlow’s gap to Rossi did not decrease until the end of the 25th lap, when he already had a six-second lead over the Italian. Crutchlow proceeded to take the checkered flag over four seconds ahead of Rossi, taking his second and even more indubitable GP win of his career. Valentino Rossi would take second place while Suzuki Ecstar rider Maverick Viñales rounded out the podium in third.

It’s worth noting that the top three finishers of the race all had to go through Q1 of the qualifying sessions. Something that has never occurred since MotoGP adopted the current qualifying format.

Oh, this show far from over folks!