While the Kawasaki Racing Team (KRT) already secured the Manufacturer’s title for this season’s championship, the rider’s championship continues to await its settlement between both of their factory riders as the reigning world champion Jonathan Rea continues to fend his teammate’s campaign to take the title this year, Tom Sykes pushing their championship battle right to the final round at Losail International Circuit in Doha, Qatar in late October. By the strength of Sykes’ race finishes at the Jerez round he keeps his title hopes alive, albeit barely, now clinging on to the difference of just two championship points for Rea to secure his second consecutive world title, the latter leaving the Jerez round 48 points ahead of the former. There remains just 50 points to be had in the next two races at the Qatar round. With such a point differential, Rea could almost be guaranteed to successfully defend his title at the conclusion of race one in Qatar. Sykes’ Sisyphean task simply has now become a futile inevitability.

But while the KRT squad and their riders look to conclude their season-long squabbling, there is another inevitability that seems to turn more into reality by each passing round. 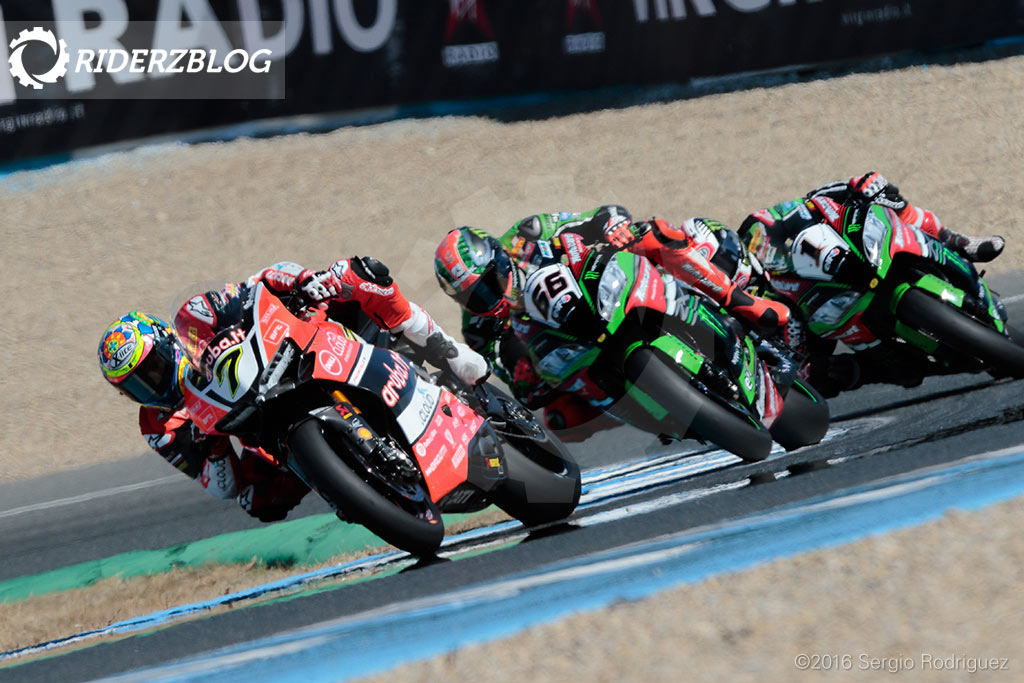 Chaz Davies, aboard his Aruba.it Racing Ducati Panigale R, has now taken five wins from the last six races from either of the KRT riders. And while an argument can be made that Rea and Sykes just cannot be bothered by anyone other than each other as the season winds down, there is no denying the dominating run of form of late from Davies and his team. Despite being mathematically out of the championship at this point, Davies now equals Rea in total wins this season with a tally of nine race wins to his name.

Davies and Ducati’s present form has been long in the making. Ducati has not been able to repeat the success of the Panigale R’s predecessor – the Ducati 1098R – which last won the world title at the hand of Carlos Checa in 2011. When the Panigale R succeeded the 1098R in 2013, Ducati seemed to have been on the back foot ever since. Signing Chaz Davies to ride the machine 2014 did not bring immediate success to Ducati, but their steady work and long term investment to their competitiveness meant forward (even if at times slow) momentum, as Davies and Ducati’s results turned the Panigale R from a mid-pack platform, then back to a consistent podium finishing race machine. Davies’ 2014 season yielded just four podiums without a win, while 2015 yielded eighteen podium finishes, including five race wins.

With two races in one round remaining for 2016, Davies has nearly doubled his number of race wins already from the previous season. 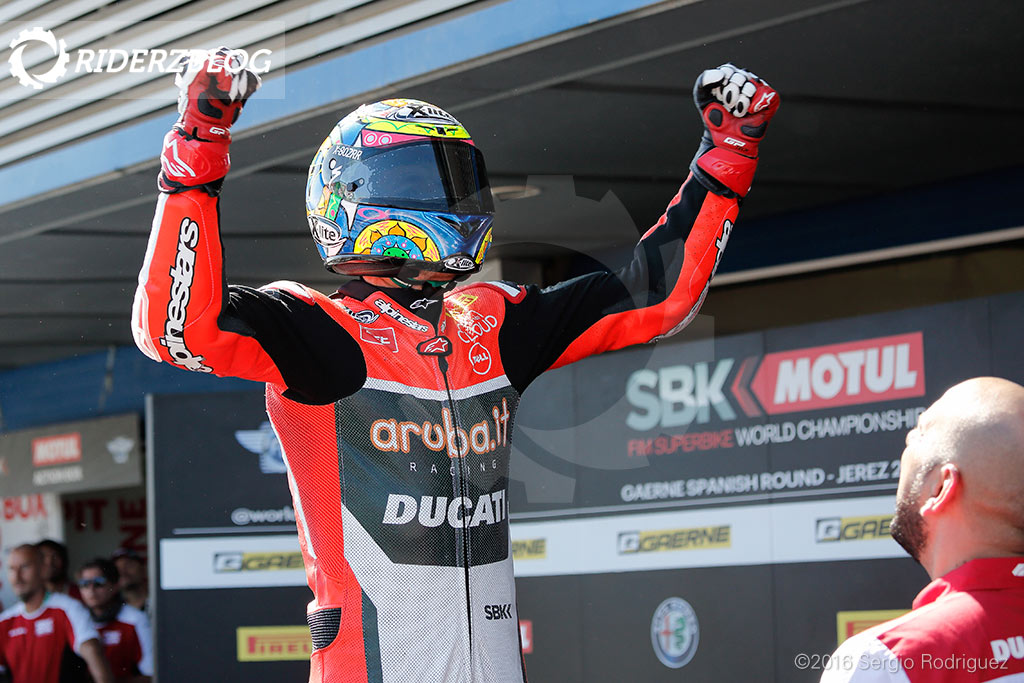 “The gap to Chaz and Ducati is a bit worrying right now,” Jonathan Rea has said. While it’s all but sure that Rea will successfully defend his title from Sykes for this season, he (along with the rest of the grid) has not let Davies’ ongoing momentum go unnoticed.

For though the Welshman on his Italian machinery is no longer a contender for this year’s world championship, this partnership is now beginning to look like it can take the crown in the coming season(s), conquering the entire kingdom with dominance.